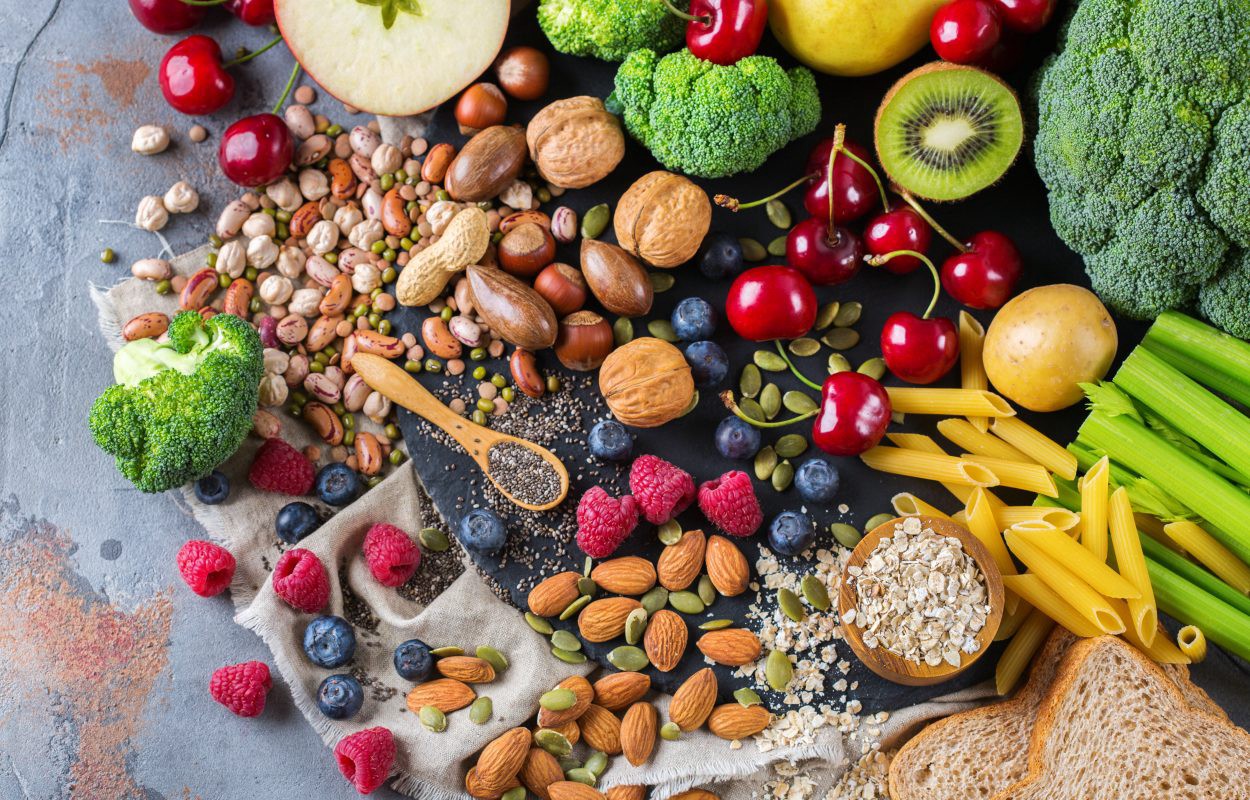 From a very young age, I struggled with disordered eating behaviours. By the time I was 16, I developed a full-blown eating disorder. It started with simply restricting what and how much I was eating.

I slowly began to eliminate entire food groups from my diet and looked for everything low in calories, fat, sugar, and carbohydrates. Despite the greying of my skin, the falling of my hair, the brittleness of my nails, or even the way my skin sunk inwards towards my bones, I never perceived myself as ‘skinny enough.’ Luckily this only lasted for about two years.

My recovery to getting better started after seeing a Faith Healer in Mexico. My mom was worried that I had something wrong with my gut. She didn’t really understand the prevalence of an eating disorder. So when we went to the little pueblito where she grew up in that Summer of 2016, she took me to see the Faith Healer that everyone recommended for me to see.

The Faith Healer explained to me that if I didn’t try to heal my gut and recover soon, I wasn’t going to live very long at the rate I was going. Even though she wasn’t a conventional doctor, I felt like she could be trusted. Therefore, I started my road to recovery.

Recovery was extremely difficult at first. I relapsed after every few days for the first few months. Physically eating more was painful and uncomfortable for me. As my tummy expanded and grew, I always tried to compensate by doing more throughout the day.

To make the process easier, however, I gave myself a goal. I would have to gain the weight and strength to do a sprint triathlon. This was a stretch at the time because I couldn’t physically run; I was still suffering from multiple injuries I had from overrunning and undernourishment. I began my journey by teaching myself how to swim at the local pool.

I slowly began to reintroduce things back into my diet: grains, nuts, seeds, and starchy vegetables. At some point while having the eating disorder I had eliminated all animal products out of fear that they were too high in fat. Therefore, I was technically vegan. I had that same fear of reintroducing animal products back into my diet. I decided that I would gain weight and train for the sprint triathlon all while being on a vegan diet.

I was almost 19 when I completed the Hermosa Beach 2017 Sprint Triathlon. In a little over a year, I was up 30 pounds. I wasn’t anaemic anymore. I had my period back. My cheeks finally had their rosy tone again. My hair was finally growing. No more thigh gap!

After that summer I entered my sophomore year of college. I joined the UCLA Swim Club and started taking martial art classes. I felt that I had the strength to keep pushing myself physically and mentally.

I continued following a vegan lifestyle while being extremely athletic throughout college. There were times, however, where I would feel a bit weak or fatigued. I was very physically active at the time but was also taking a lot of coursework. It only made sense that I was sleep-deprived and overly stressed.

Late in 2019, I started taking birth control. Within the first few months of 2020, I had to get off it because of all the negative side effects I was experiencing such as pains, cramps, inflammation, acne, cry spells, depression, and anxiety. I thought that my ‘clean’ vegan diet would help me go back to being healthy and strong again after getting off the pill.

Maybe it was the stressful lifestyle I was living or the crumble of my mental and emotional health, but my hormones got out of control. My overall well-being quickly declined. I was studying to earn a Nutrition Certification at the time.

Therefore, I was aware that being on a vegan diet made me susceptible to being deficient in essential vitamins and minerals. However, I was also very strategic with my supplements and didn’t think that being on my vegan diet was the problem.

As time went by the inflammation worsened. I would feel like I had a fever all the time and wake up drenched in sweat at night. But they weren’t hot flashes. They wouldn’t just come and go. This was me all the time. The acne on my face would burn. Even my stomach cramps felt “hot.” I was under a lot of stress at the time and that’s when it clicked, I was chronically inflamed and my vegan diet was cutting it.

Yes, I supplemented with Omega 3-Fatty Acids made from algae, turmeric, cinnamon, a Vegan Vitamin-B Complex, and other herbs and teas, but it wasn’t enough for my body’s needs. Stress demands a lot from the body’s store. And this is not even taking into consideration that taking contraceptive pills also significantly deplete the body from essential vitamins and minerals.

I knew which foods I needed to integrate into my diet to counteract this malnutrition. Yet, I feared to let go of the vegan diet. At first, I thought that it was because I was afraid of what other people would think after five years of strict veganism. Then I believed that by getting off the vegan diet, I wouldn’t be myself anymore.

Finally, I remembered the few times within the past few years when I had nightmares about eating meat, which would follow with a panic attack. The thought of breaking the vegan diet was anxiety-provoking.

Ironically, however, after the sprint triathlon, I decided to stay with the vegan diet because of health reasons. Not because it would reduce the amount of saturated fat I would consume, but because I had reasoned that it was the best way to go to reclaim my health.

So why couldn’t I make this second shift, again, for my health? That’s when it hit me. The vegan diet was a cover-up for the remnants of the eating disorder. I feared gaining weight; eating a strict vegan diet that didn’t include additives or added sugars and composed mostly of whole foods would make it nearly impossible to gain weight.

I had to break the vegan diet. Not just to allow my body to receive more of the nutrients it needed through food, but also to break the leftover bread crumbs from the eating disorder.

My first victim was salmon. Within a few days, the inflammation began to reduce. After two weeks I actually felt a little stronger. The heat in my body decreased, and everything seemed to find its balance. My periods regulated too, and I was able to start sleeping better. I honestly thought that the first bite would drive me into panic mode.

Instead, I took a deep breath, looked at the piece of salmon, and told myself that it would be okay. Now it’s one of my favourite dishes. I plan on integrating other foods again. But I want to listen to my body and allow it to choose what it wants.

Breaking the vegan diet has allowed me to see that we can’t suppress our body’s needs. Not emotionally, physically, socially, or even nutrition-wise.