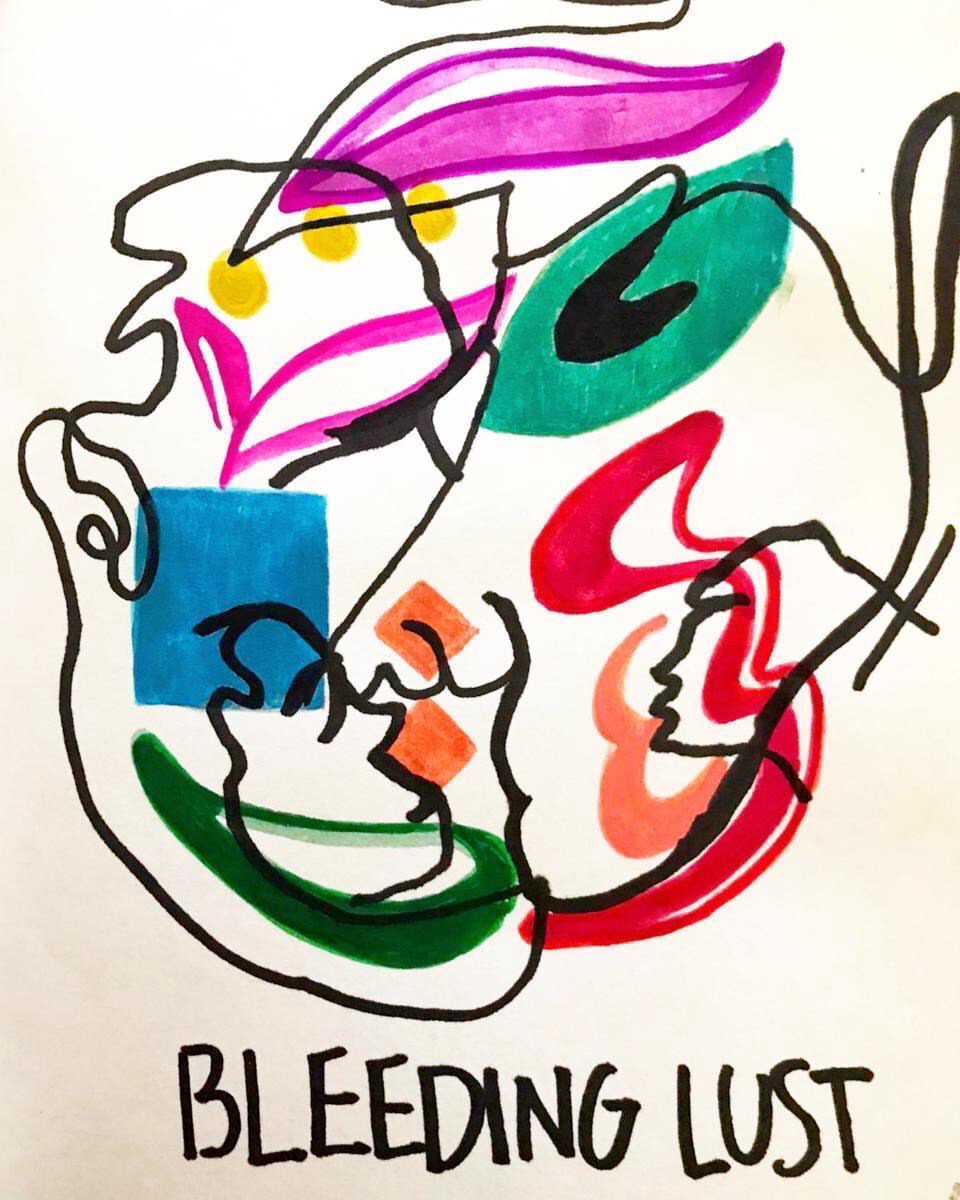 “This is gonna sound really bad, but I’m just not that into Black girls. I can’t really see myself being with one.” I’ve heard many (often White) men say that exact opinion too many times during discussions of sexual types. It often sparks polarising reactions.

Some seem to give the ‘no biggie’ response, believing there is nothing wrong with excluding a race from being their type; at the end of the day, they’re not racist, and they were just being honest about what they’re into.

Yet others find it problematic that someone could exclude an entire group of people based on their skin colour. At the very least, it appears to be a shallow statement disregarding the various personalities of Black women, but at the very most, some argue it is outright racist to declare that Black women will never fit into one’s criterion for a potential partner.

But what of the contrary, where some people have a certain race as their type? Like the White woman who only dates Black men, or the colloquially-titled Yellow Fever, describing a sexual attraction of White people to Oriental people?

Surely, people who are attracted to a certain race other than their own cannot be considered equally ‘racist’ in the same people who “aren’t into Black girls”. Right?

It appears the debate is a lot more complex than it seems — and one that largely goes undiscussed.

Indeed, there seems to be a sense in which aesthetically, we find skin colour to be no different to someone’s eye or hair colour. We find nothing objectionable about someone preferring blue eyes over brown eyes.

However race, as it often does, includes unspoken implications of history, exploitation, and colonisation which eye and hair colour do not.

White men preferring Oriental women often believe that these women should not be offended by their racial fetishism, but rather, feel flattered by it.

However, a deeper look into the targets of racial fetishes reveal the opposite; they can feel objectified, fungible, and perpetually confused about their position in romantic relationships.

Zheng’s illuminating paper ‘Why Yellow Fever Isn’t Flattering: A Case Against Racial Fetishes’, features accounts from Asian women discussing their views on Yellow Fever, and general thoughts about dating White men. Overall, there is a general difficulty in understanding whether they are desired for their personality, or because of their race:

“Every time someone messages me, I wonder if it’s because I’m Asian’, […] ‘I still constantly question if any of the other people I’ve been involved with or who have found me attractive only felt that way because I’m an Asian woman.”

In an area of life as delicate as romance, it is immediately clear why this can be pernicious.

The target of racial fetishes can feel stripped of their identity, and constantly mindful of being replaced by someone of the same race, casting reasonable doubt on whether they are liked for their personality, or to merely scratch someone’s sexual itch.

But this is a common experience for people of colour who receive racism; it is a constant battle determining whether they are judged for their character or their skin colour.

Often, there is confusion surrounding a person of colour’s existence, where they must constantly ‘watch their back’ throughout their lives:

“With every instance of exclusionary behaviour, racially inflected comment or joke, negative or positive […] people of colour must decide whether or not to question it, ignore it, analyse it, challenge it, file a complaint, seek others’ opinion and validated, etc.

— all of this takes energy and a toll in ways that White people do not experience (at least not on account of their Whiteness).” — Zheng, The Case Against Yellow Fetishes.

If a Black girl in a sexual relationship with a White man is admired mostly to satisfy a sexual fetish, then racial fetishism is clearly revealed to be a type of objectification.

This is because her race has become a means to his sexual gratification, rather than just another aspect to admire about her.

At its core, a fundamental part of having a romantic relationship is being both recognised and respected for being an individual. But the fear of being perceived as anything below a human being, for obvious reasons, is a strikingly worrying predicament.

Racial fetishes also seem to perpetuate stereotypes about race, which come across as offensive as opposed to complementary. Regarding being complimented as a “Sexy Asian”, one woman writes:

“I guess I am shallowly complimented, and then I get annoyed because there shouldn’t be this discrepancy between “Sexy” and “Sexy Asian”.

Did someone have to comment on her race in this way? The fact that she is a regular recipient of being a ‘Sexy Asian’, makes her aware that her attractiveness is contingent on her race; an aspect about herself she wasn’t thinking about until she received the ‘compliment’.

A White person does not think that his/her attractiveness is based on her race — this once again exemplifies the long-standing effect of unspoken, internalised racism.

I know this because I can personally relate to this too.

Many times, I have had a similar comment from usually white girls that it would be ‘exotic’, or ‘adventurous’ to sleep with a “Hot Asian Guy” such as myself. Apparently, I am meant to be complemented by this, but I have often felt incredibly awkward hearing this for three reasons:

But we must concede that not all kinds of racial fetishism are pre-empted on racial stereotypes and ulterior movies.

The reason for racial fetishes, as Zheng keenly points out, can be due to “accidents in geography” and a list of idiosyncratic factors we could spend all night discussing. Maybe if you were White and living in Saudi Arabia, you could develop a liking for olive-skinned women.

Yet it is clear from the experiences of minorities, that many racial fetishes are often founded upon racial stereotypes — especially where one is disconnected from conversing and being in contact with the race they admire.

The point remains that in some way, despite politics that seems to be involved in sexually preferring one’s race, it seems plausible for someone to “just be into Brown guys” without being racist.

After all, interracial relationships are often seen as challenging the status quo both in ethnic cultures and wider society, demonstrating that two distinct cultures can come together irrespective of cultural differences.

So can we really describe those with racialised sexual preferences as ‘racist’ in the traditional sense?

Zheng argues the person with the racial fetish isn’t necessarily the problem.

The reason racial fetishes are problematic is fundamentally because of how it makes the target feel.

Let’s hypothesise that a White man and a Black woman have just ended a long-term relationship. A break-up is generally distressing in itself, but if the White man’s next partner is another girl who is also Black, it can make his ex feel replaceable more than usual; like someone breaking a laptop, and buying a similar model again.

It leads the Black woman to question things that a White man wouldn’t. Was the relationship truly based on her personality, or who she actually is? More tragically, would she ever be liked in the future by some irrespective of her race, rather than because of it?

A premise of a true relationship is that the other individual is not seen as a replaceable object, but the opposite; a special, unique person loved for that very reason.

But when someone is sexually objectified due to her race, what difference does one Black girl make to another?

At the end of the day, someone who fetishes Black girls is very likely to see them all on the same level of attractiveness, as their attractiveness is contingent on their race.

Race is a special case

If racial fetishes are problematic, why is it okay to prefer someone’s gender? After all, gender has similar histories of oppression like race, but we seem to be perfectly content with say, declaring we’re not into typically feminine women, but women with more masculine qualities. Why is that fine, but declaring racial preferences isn’t?

It is because the majority of people do not feel depersonalised by the fact that their attractiveness to others might be contingent on their gender.

People can play on equal terms and are not submitted to any differential treatment due to the way they are. Individuals on the other end of racial fetishes, however, certainly are.

Zheng seems to perfectly describe why race as a sexual preference remains a political issue:

“In an ideal world, where norms and attractiveness are such that any given individual stands a chance of being viewed as attractive […] we might have very few grounds for criticising sexual preferences.

But I maintain, in an imperfect world that is highly racialised, gendered, and heteronormative, sexual preferences are morally objectionable whenever they are systematised […] even if they glorify rather than stigmatise.” — Zheng, The Case Against Yellow Fever.

What can we do?

At the end of the day, racial fetishes appear to be a fact of life that doesn’t have a clear solution in solving any time soon. As Irene, an Oriental woman in an interracial relationship with a white man, says:

“That’s what his idea of beauty is. So, that’s acceptable. I mean it is. He finds a certain type of person attractive. . . . There’s nothing you can do about it logically.”

Exploring the accounts of women on the receiving end of racial fetishes provides a much-needed insight into a problem many of us never knew existed.

Even if we admittedly cannot do much to sway those who have a racial fetish, it is worth understanding the problems people with colour face, and the ways racial fetishes can become problematic to an unassuming eye.

But knowing what we do now, what can we suggest to someone with a racial fetish? How can we ensure this fixation does not propel itself into reinforcing racial stereotypes or making a certain race feel replaceable after dating them?

Some feminist philosophers have argued that it is possible to reshape our sexual preferences via critical self-reflection and broadening our idea of what beauty is. It is a popular sentiment that although we can’t completely control what we desire, we can come to understand that our preferences are not necessarily innate, but constructed.

Understanding attraction as constructed before means we can potentially re-construct it again — but that is perhaps easier said than done.

Whether or not this weakens the pull of a racial fetish is irrelevant as much as it crucially leads us to take responsibility for our sexual preferences. As with all things, being mindful of how one’s actions can lead to consequences — even when having positive intentions — is the least we can do.