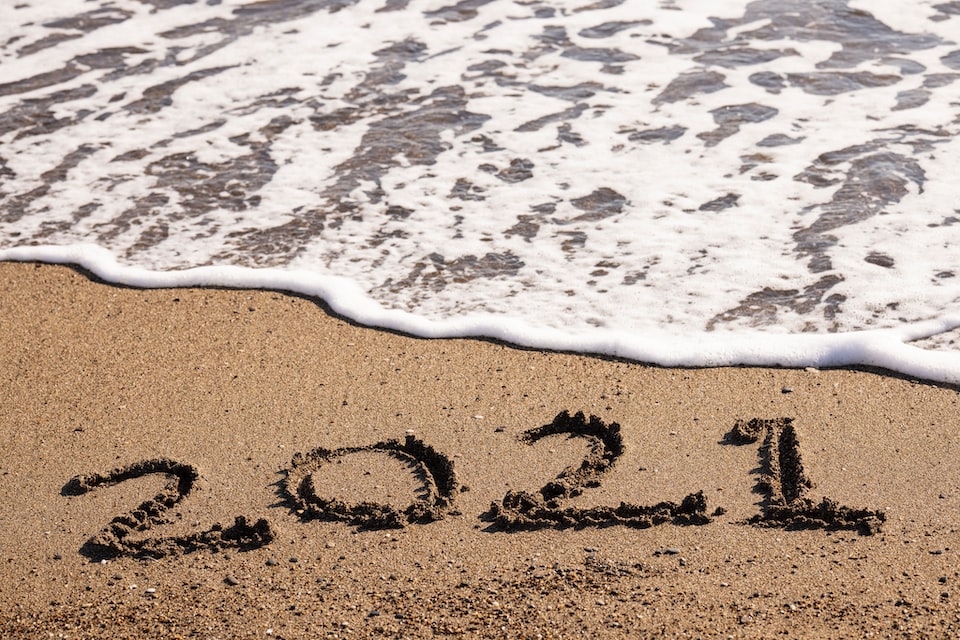 On New Year’s day, I went for a hike and took the same path I had hiked exactly a year ago also on New Year’s. As I hiked, I reflected back on the year by pulling up memories from every month that had passed.

In my “mental analysis,” I noticed that the year 2021 had been split into two halves for me.

The first half had been dedicated to caring for my dad as his body broke down and eventually transitioned. His funeral was on the 31st of May, the exact 6-month mark of the year.

The second half was this whirlwind of different, emotional experiences because of my dad’s passing.

I felt fundamentally lost. I felt that I didn’t know who I was or what my orientation in life was anymore, despite still being in school and following a career path. It became an adventure to find myself again and redefine my sense of strength and fortitude.

This moment of reflection had been inspired due to my boyfriend’s answer to my question of, “Why do you see me as strong?”

On New Year’s Eve, my boyfriend joined me to visit my dad’s grave. After cleaning away all the leaves, fixing his flowers, and washing his tombstone, my boyfriend and I sat there together. I began to silently cry and felt the pang of pain in my chest I often get when I begin to feel my grief boil under my skin. When my boyfriend noticed, he held me close to him and we stayed there until the tornado of emotions that were washing over me settled. I wanted to leave my dad’s grave feeling peace.

As we were driving back home, I asked him, “Why do you see me as strong?”

I didn’t ask for his interpretation of what he had said. I was busy formulating my own as he spoke. I believed that he was right, however.

Just on that day alone, I had spent the early morning alone painting as I listened to a podcast about a war story. By late morning I took my niece and nephew out hiking. We saw all of the northern parts of Los Angeles after we reached the top of the mountain that we were climbing and had a good time talking as we walked the long terrain back to my car. Afterwards, I went with my boyfriend to eat lunch, and not too long after we went to the cemetery.

Just in that day alone that I had created, I experienced numerous emotions, heard and viewed beautiful things, and had purposely spent most of the day with people I love.

As I went about my day, I often had the question:

“Is he looking over us?”

And I think that that’s the root of what my boyfriend meant when he said,

“And you’re not only kinda here.”

Because despite the thoughts I have and heavy emotions I still experience regarding my dad’s passing, I still try my best to fully engage with the world around me.

Looking back on the year, I saw that as a family, the first half of the year was stressful and traumatic. Because my dad was being treated with antibiotics for chronic pneumonia, he wasn’t allowed to take his chemo treatment. Weeks passed and the infection would get better for a few days, only to come back stronger.

Cancer began to spread aggressively, going to his liver and bones. The tumors on his right kidney, bilateral lungs, and brain also began to grow and swell the organ tissue around them. The combination of pneumonia and growing cancer in the lungs caused my dad’s respiratory system to fill with water.

It became a common pattern where I would take my dad to his doctor’s appointment early in the week, only to need to take him to the emergency room two or three days later.

Often he would wake up at night in a panic, saying that he couldn’t breathe and would avoid sleeping out of the fear of suffocating. During the day he would tremble and had the urgency to walk around, often sharing that he felt anxious. As the tumors in his brain pushed against the brain tissue and later skull, he would have severe headaches without relief. He was often too tired to eat. Even when I would make his food into liquid, he would fall asleep as he tried to sip the straw in his cup.

I guess it was only natural that as my dad’s condition worsened, my family and I began to feel this sense of helplessness. We never lost hope, and we often prayed for a miracle. But our efforts often seemed diminutive compared to his pain.

As my dad worsened, my brothers began to come over more. They became more involved in helping me care for him, such as carrying my dad from his bed to outside, spending time with him, feeding him, and trying different ways of alleviating his pain and anxiety.

Although they would only help up to two times a week for a few hours, it allowed me to take care of other things around the house that my mom would often not get to. My mom would go straight to caring for my dad once she got home from work as I usually had class or homework to do.

In April 2021, my dad had been given six months to live. His oncologist determined that due to my dad’s spreading cancer, his inability to walk, eat, and sleep well, and all the additional complications he was experiencing, there was nothing else they could do for him.

After hearing the news, my dad fell into a deep depression where he only wanted to sit outside alone. After about two weeks of deep despair and hopelessness, my dad began to transition. Within ten days, my dad passed in his sleep.

The next day after we buried my dad, I bought a gym membership. Although I usually exercised at home due to the pandemic, being home alone early in the mornings became difficult for me.

I thought that trying to go out to the gym would serve as a positive distraction for me. And it did. It became a place where I looked for emotional strength and fortitude through physical movement and heavy lifting. I began to meet other people as well, who became a light to my early mornings.

Within that month of June, I applied to my current school’s Clinical Psychology PhD program and got accepted. I also took two weeks off of vacation, after two years of not having a real break.

I began to spend time with my family every Sunday; we would get together to visit my dad in the morning and eat lunch together afterwards. By the end of the summer, I had obtained two new part-time jobs and joined one of my school’s community committees.

Every month there were new adventures. One month we went up north to visit family after almost three years of not having gone. I visited my paternal grandmother in Mexico on my birthdate, after five years of not going. As we approached the end of the year, I went on more hikes or would go out with my nieces or boyfriend to different parts of the city.

Although I experienced lots of grief, loneliness, and despair, I began to encourage myself to become more present with my emotions. I would allow myself to sit in silence, allowing what wanted to be felt to submerge. I did a lot of writing as I tried to break down and relay in detail my experiences as a caregiver.

I continued therapy as well, and would sometimes talk to my peers who are studying to be Clinical Psychologists on their advice on how I could better manage.

Without a doubt, 2021 has perhaps been the hardest year of my life. I had never spent more than a day without talking to my dad, or more than two weeks without seeing him after I moved out for college until his passing. He was the parent that took care of me the most growing up because my mom often worked long hours and had a longer commute.

My dichotomous year, however, reflects how resilient we can be. It took six months to bring me to this low point where I didn’t even want to look at myself in the mirror because I felt guilty for not having been able to save my dad. Without his presence, I feared not knowing how to continue being strong, disciplined, and responsible.

However, within six months, I also pushed myself to find meaning and purpose, despite the emotional turmoil. I built a community. I fortified the bond with my loved ones. I began to re-explore the world I forgot was out there and allowed myself to be open to whatever life brought.

The purpose of this was to provide hope to anyone who had a difficult year. Regardless of how far you fall, we are created with the tools and strength needed to pull ourselves up. Our problems and baggage only define us if we don’t make the effort to define ourselves. I wish I could tell you how to find your path.

But to be honest I think this new year I’ll still be dedicating myself to fully uncovering my own. All I can say is that allowing yourself to live, to really be here, is a gamble that results in loss and pain. But without those falls, what would be the purpose of our existence?