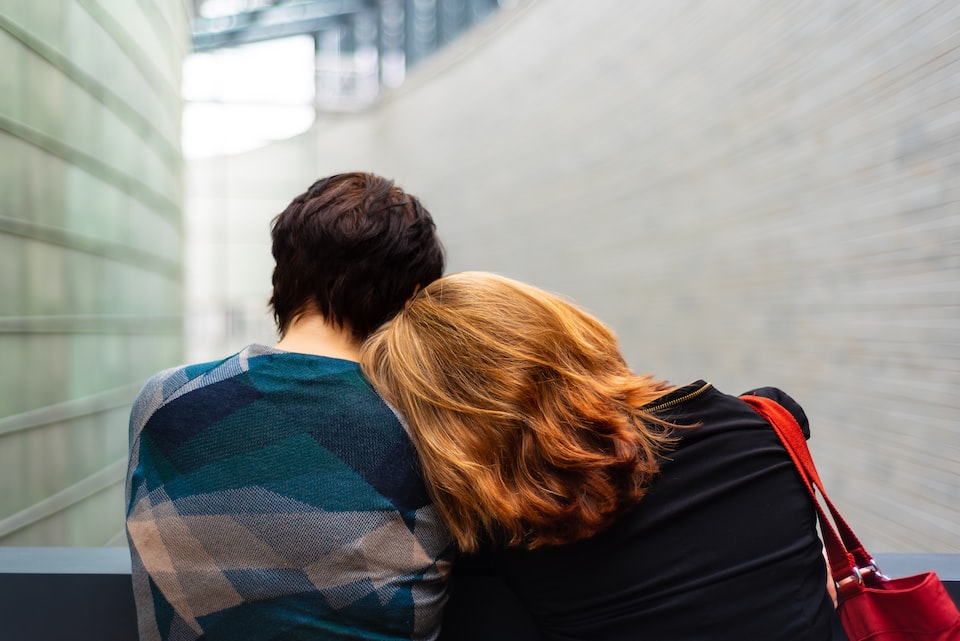 At the beginning of May 2021, my father began going in and out of the hospital every couple of days within three weeks. After each hospital release, my family and I hoped to soon see him start recovering from his health decline, just how he had done so all the previous times before. He had the promise of potentially starting a new chemo treatment again and going through radiation for the fourth time to control cancer and stabilize his condition. Instead, he was soon placed on oxygen and eventually stopped walking or being able to talk. He became paralyzed and simply never woke up from his deep sleep as his kidneys malfunctioned, his lungs giving out, and his brain shutting down due to cancer that had spread.

Those days were very emotional for my family. Seeing a man who once was so full of life and vitality slowly fading before our eyes. But in these moments that were so greatly painful, the suffering that followed watching him go made me realize a few things about life that I wouldn’t have been able to see and experience otherwise.

During our hospital visits to see my dad, the long wait times in the emergency room, or the late nights when he struggled to fall asleep while at home, I would sometimes lay my head on his lap, hold his hand, and just sit there. The act was simple. But the action was difficult due to having to be fully present with him.

In giving him my time, attention, and affection, I would suffer with him. I would hear how he struggled to inhale, notice how thin his legs were, and feel how weak his grip was. It made me more aware of what he was going through.

The first time I did this, we were waiting in the emergency waiting room. I remember feeling anxious as I sat on the floor and began to place my head on his lap. I was scared of the emotions that would come from being so present with him, and not knowing what the doctors might find this time around.

But I learned through these moments, the greatest mistake is not to love.

I could have run away from his suffering. Could have given an excuse to leave him there alone, or sit on a chair away from him whilst being on my phone. Instead, I chose to share my compassion and sat there with him.

The last day we took my dad to the hospital, he was having issues walking and going to the restroom on time. He usually enjoyed spending his time outside and I would frequently check upon him. But on this specific day, he kept falling asleep and became less responsive.

I would be there with him when he would suddenly say, “I think I need to use the restroom” and urinate on himself. After the second time, I became upset with him and told him to tell me before he needed to go and not right when he was going.

“I just don’t know when I need to go anymore,” is all he responded. I was struck confused by what he meant and called my mom out of frustration. “I don’t get what’s going on with him. He’s acting differently.”

She promised to be there as soon as she could, but I knew that Los Angeles traffic wouldn’t be very forgiving of our dilemma.

Later that night, we took him to the hospital and found out that both of his kidneys had given out and his brain was shutting down due to the swelling from the tumours. I remember instantly feeling guilt for blaming him for being so difficult earlier that day. And that’s when I remembered the advice I had heard so many years before came to value, “Always be kind to others because you never know what they’re going through.”

I had gotten upset at him for something that wasn’t his fault, and I had allowed my emotions to block me from seeing that he was going through something greater than either one of us was aware of.

The few days before the funeral, I was in charge of creating a slideshow that would be displayed during the viewing. While looking through some of the photos, I found a handful of memories of my family where I hadn’t been there because of school, a research conference, or whatever reason. Some part of me felt a sense of guilt and regret having missed the opportunity of sharing those memories with them.

But as I went through the more recent photos of my dad, I remembered that I had taken all of them or were in them with him; every outing, every gathering, every funny moment captured on camera while at the hospital or home.

That part of me that felt bothered by not having been there before felt a sense of peace. Because when it mattered the most I had changed my priorities without really knowing that’s what I was doing. In giving my dad my time and attention the two years after he had been diagnosed, I gave him company and memories that would be irreplaceable.

And so when my brothers felt emotionally uncomfortable and regretful about “not having spent enough time” with him, I had the peace that I had done everything in my power to have that “enough” time.

Growing up, I was very timid and reserved around my family. It was a quality that my dad disliked about me because he said that I would never learn how to stand up for myself if I always kept quiet. While being his caregiver, however, I was required to communicate with multiple strangers frequently, such as doctors, nurses, social workers, and even lawyers.

In some instances, I would even need to argue with them to make sure that my dad received the accommodations he needed whenever they refused to listen the first few times around.

With time, I became more confident in myself to speak up and find my voice. And so, for the day of my dad’s funeral, my mom wanted me to do his eulogy.

This made me nervous for several reasons. The first being that I would have to speak to all the family members, neighbours, and family friends that I was used to being shy around.

The next was that I was afraid of my emotions and emotionally collapsing before finishing the eulogy. The third was that there would be no microphone and so I would need to speak up.

Before the burial, I was asked to read what I had written. I walked to the platform and stood next to my father’s coffin. All I tried to think of was what my father’s strength would feel like if it were coursing through my veins. And with that, I read out loud a brief story about my dad.

Of a man who had a love for life so deep, that he would cherish every moment possible despite the poverty he grew up in, and the pain his life ended with. A man who had sacrificed everything he knew to give a better life to his children and did what he could to help those in need. Who was brave and caring, honest and disciplined.

As I read, I would make sure to lift my head off the paper to look into my family member’s eyes. To tell them what a loss it was to the world that he was no longer here with us. I thanked my father for leaving his fingerprints in our life, gave a closing statement, and when I looked up, most of the crowd was tearing up or crying.

I realized that for so long I had been afraid of sharing my thoughts, my emotions, myself with my family because I was afraid of being judged or misunderstood.

It took my father’s death for me to see that none of us was so different from each other; we all have our vulnerabilities and weaknesses. But at the end of the day, we understand each other in some way or form because we’re all people trying to make the best of our life despite our suffering.

Luckily, that day, coming together as a community, as a family, allowed our strengths to fortify each other and make each one of us a little stronger to accept what perhaps most of us fear the most, death.

There’s this quote that goes something along the lines of “life happens for you, and not to you”. I think I still need time to fully see everything this experience has to offer. Especially because I’m still grieving and the loss feels fresh. But during these past few weeks before my father’s passing, I frequently reminded myself to stretch and pull who I am as much as I could to be aware and present in these moments.

Honestly, sometimes I felt very afraid and uncomfortable of the experiences and the emotions that followed. But I’m happy I went through with it because aside from gaining so much strength from it, I know that my dad received the better parts of me that I was able to offer. I hope to be able to continue doing this in everything I do, and I hope you learn how to too.

To be open, vulnerable, and present in the moments that you fear the most. Only then do you meet your most authentic self in the mirror, the most beautiful parts of life during a tragedy, and live the way we’re meant to live.