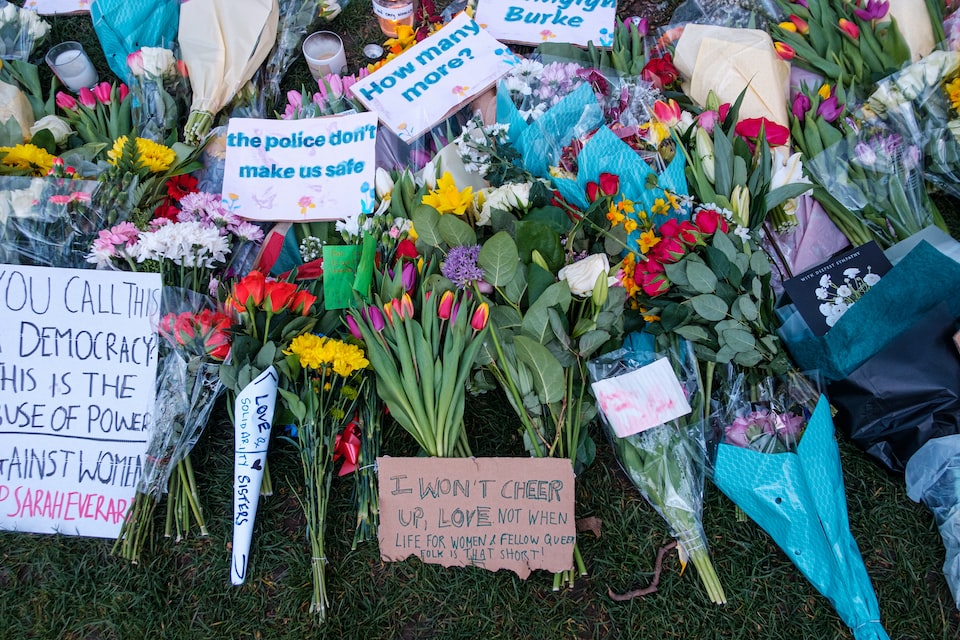 The following article includes mentions of violence, assault, kidnapping, rape, and murder which some may find distressing.  Read more.

Sarah Everard was walking home when Police Officer Wayne Couzens decided to use the violent powers afforded to him by his status as a police officer, and the plethora of restrictive legislation during COVID-19 to lure her into his car, under the pretext of being arrested, and eventually rape, murder, and burn her body. The horrific thing is that we would all have gotten into that car.

What makes this case so insidious is the murderer's position as a police officer. We are led to believe that the police are trustworthy, that they are here to protect us. This is blatantly untrue.

Not only is this not, nor ever been the purpose of policing, the police’s track record of both handling and perpetrating violence against women is astronomically atrocious, and frankly downright terrifying.

I’ve had so many conversations with friends and family about how if I was ever sexually assaulted, I would never go to the police. And everyone I spoke to felt the same way.

Prosecution and convictions rates for rape are at a seriously worrying low: from 2019-2020, 58,856 rapes were reported to the police in England and Wales, but this led to a mere 2,102 prosecutions, compared to the, still minuscule, 3,043 in the previous 12 months.

Compare this to 2020-21, in which prosecution dropped by 25.9% from the previous 12 months to just 1,557. Overall, prosecutions for rape have failed by 70% since 2016-17. Furthermore, this doesn’t necessarily coincide with a fall in reported rapes, which have been steadily increasing from 2015-16.

Though it must be noted, that only an estimated 1 in 6 (around 16%) victims reported their rape to the police. With a quarter of the victims stating that they didn’t believe that the police would believe them.

There is a culture of humiliation and victim-blaming at the heart of policing, and the legal system in the case of rape cases (and this, rightly so), is seen to be too much additional trauma to bear, particularly with the effective decriminalisation of rape due to such low prosecution and conviction rates.

It is not only the lacklustre response to prosecuting rape cases: the same could be said of domestic violence, and stalking to name a few cases where police fail to get involved and protect women from violence.

But police officers themselves are often perpetrators of intense violence against women: particularly women of colour and sex workers, but also their partners.

There have been 800 domestic abuse allegations made against police officers and police staff since 2017.

The way that the Metropolitan Police and the media are framing the narrative of Sarah Everard’s murder is, frankly, disgusting. The Evening Standard’s headline on Twitter: “The Old Bailey heard Wayne Couzens was carrying and wearing “an array of equipment”, including handcuffs, to dupe Sarah Everard into thinking he was an undercover officer”.

Scotland Yard suggested that those stopped by a plainclothes officer should ask questions to challenge the officer, ask for additional colleagues to present, or could even try “waving a bus down” to escape a person pretending to be an officer.

Former DCI Simon Harding, who worked on the case, said to Sky News:

Sadly, Sarah Everard didn’t have the luxury to not view Couzens as police.

The narrative the Met Police and the media more broadly are trying to push is that Couzens wasn’t a “real” police officer, that his “arrest” of Sarah Everard was unlawful, a trick, a dupe. This is incorrect too.

Off-duty, plainclothes or undercover police officers are entitled to make an arrest: they have to identify themselves as the police, tell you that you’re being arrested and why, and explain to you that you’re not free to leave.

These are the same rules that uniformed police officers must adhere to as well; there is no distinction between the powers an officer has uniformed or not, on duty or not. All of this advice is victim-blaming, to say the least, and a distancing tactic to help to salvage the reputation of the Met Police and policing more generally.

It’s again another way of shifting the responsibility of not being raped and murdered on women and their behaviour, rather than addressing the culture of misogyny and the root causes of male violence against women.

Couzens was a member of the Whatsapp group with five other officers in which “discriminatory” and misogynistic messages were sent and he has also been linked to two previous accusations of indecent exposure.

Couzens was also nicknamed “The Rapist” by his fellow officers. This goes deeper than one bad apple, indicating that his fellow officers were aware of his predatory behaviour and potential violent tendencies towards women and did nothing about it, or they take violence against women so lightly that they believe it’s amusing to joke about it.

Either way, those people cannot be expected to protect us, to take us seriously, to care about what’s happening to women, to be the solution to end this epidemic of male violence.

As previously shown, misogyny and violence towards women, explicit or implicit, in central to policing and police culture, a culture that is deeply masculinised.

But many feel that what is needed is not an introspective look at policing’s misogyny and violence, at the very least, but to increase police presence and to give the police even more powers.

On the very same day that the police officer who murdered Sarah Everard was being sentenced, Labour Party leader Keir Starmer said, of two young girls from Stoke, “they see more violence and fewer police. It’s just common sense to put the two together.” But what do we do, when it’s the police committing the violence? And what do we do, when the police have consistently done nothing, but fail victims of sex and gender-based violence?

In light of all the details of the devastating Sarah Everard case, the conversations it has engendered, it’s simple to question, do we need more police? What would more police have done for her? Do the police really need more powers in light of how they historically abuse them?

So what can we do? It will be an arduous process to be sure, as ensuring real, substantial and fundamental change always has and will be. But it’s not impossible.

Already the language we are using to discuss violence against women is changing, the discussions we are having about systemic police violence (both concerning women and the broader, particularly racialised, community with BLM and the Kill the Bill movements), the reframing of the narrative from what can women do to be safe to what can we do to make women safe, is all progress.

But for every two steps forward, there is a step back. I don’t have all the answers. Policing is such a stalwart institution that it’s hard to imagine reforming it, let alone abolishing it completely. Misogyny is such an insidious and pervasive ideology that it permeates all our societal structures and it lingers deeply in our minds.

In my opinion, though, the work rests with men.

For so long women have learned to manage their behaviours, to adjust, to cater to men, to not be hurt, to be silent, to not go out after dark, to challenge men on their behaviours and attitudes. But this isn’t enough.

The responsibility shouldn’t be on us to not get raped and murdered, it should be on men to not rape and murder. In rape culture, there is a hierarchy: of course, not all men do rape and murder, but all men have, in some way shape or form, played into the rape culture hierarchy. It’s about time that men step up and begin to change the world for women because we are sick and tired of doing it on our own.

Wayne Couzens was given a life sentence. He will never leave prison. I hope this brings some comfort to Sarah Everard’s family, friends, and loved ones. But this is no justice. No justice will ever bring her back. True justice would mean this never happened in the first place. Justice would mean it never happens again. In the words of Sisters Uncut: justice means no dead women.