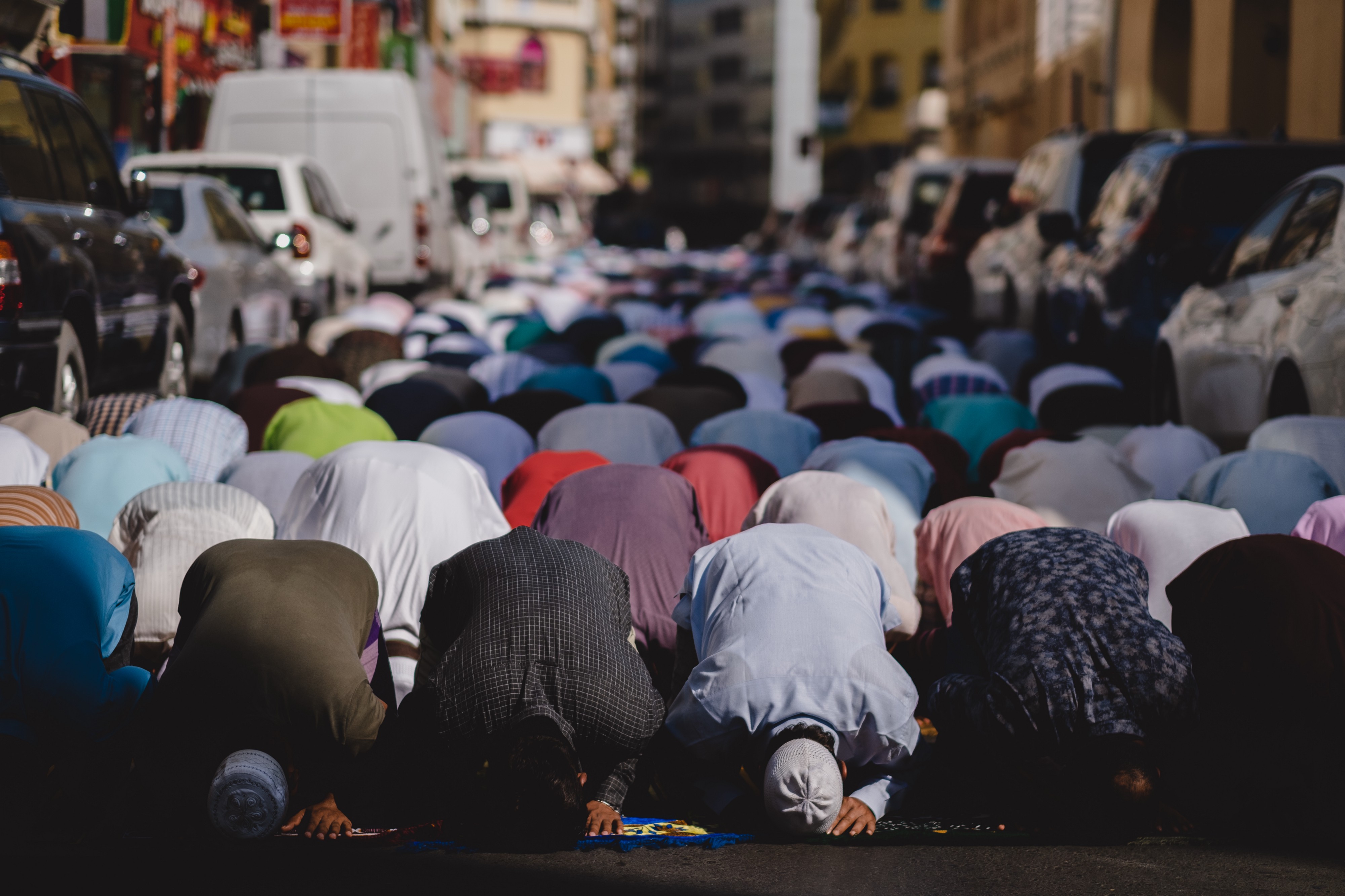 The following article does not reflect the political ideology or views of COSY as a publication.  Read more.
Photo by Levi Clancy on Unsplash

By now, the term ‘Islamophobia’ should come as no surprise. It is a word so commonly employed these days, yet I still find myself confused about what it means. It is used by Muslims and non-Muslims alike to refer to the prejudice against Muslims, but at the same time, irrational fear or hatred of Islam.

This casts doubt on whether the term means anti-Islam or anti-Muslim, leading us to question whether Islamophobia is even a real thing at all. I believe the term requires some justice through clarification since I wholeheartedly agree that Muslims are modern society’s most popular scapegoat.

But using the term incorrectly may invalidate a means of legitimising the oppression Muslims experience regularly, where some might say there is nothing wrong with being ‘Islamophobic’ when they take it to mean criticising the Islamic ideology. If the term is also used to refer to the prejudice Muslims experience, then devastatingly, we might be inadvertently silencing someone’s real oppression at the expense of semantic confusion.

We’ll examine the three most popular meanings of the term to decipher what could be meant by Islamophobia, and which most accurately depicts the issue at hand.

Michel Houellebecq, a renowned French writer and poet, wrote a satirical novel called ‘Submission’, describing a dystopia where a Muslim political party wins the 2022 election and instils Islamist and patriarchal values in a once-Westernised France. In an interview with The Guardian about the novel, he is asked whether he is Islamophobic, to which he replies:

“Probably, yes, but the word ‘phobia’ means fear rather than hatred”.

Here, we not only acknowledge the ambiguity of the term but also infer Houelbeq’s interpretation. He refers to a common fear in Western society that pervades Islam today, viewing Islam as a medieval system of beliefs, promoting outdated Shairah politics which many views as wholly incompatible with Western life.

Undoubtedly, this mostly arises from reading the incessantly published stories about Islamist terrorist groups, such as Al-Qaeda and ISIS, who have committed moral atrocities whilst replace preexisting communities with exclusively Islamist values.

I will not challenge Houelbeq’s definition as much as I aim to clarify what could be meant when people say they have a ‘fear’ of Islam. And I think I get what he means:

The often insular communities of Muslim immigrants settling into Western society present the impression that Muslims are an inaccessible, closed-off minority group that refuses to integrate. When old pubs are renovated into mosques, and young children at schools wear headscarves, I can somewhat empathise with Western nationalists that Islam appears to be frightening when its ideals are not ostensibly clear and they seem to antagonise Western culture.

As humans, we often fear what we don’t know, and generally speaking, those who claim to fear Islam are often unaware of what the faith actually includes, and see Islam and Muslims as alien. Most of their impressions regarding Islam is perpetuated by media outlets that disparage the religion, unfairly blame terrorist attacks on a complete ideology, and expose negative and extreme renditions of it rather than a balanced, unbiased perspective.

Had they been in contact with Muslims in their life, I suspect they would treat them no differently than anybody else. But for those who have Muslim friends, are familiar with some tenants of the faith, and yet still have this fear, what is the case for them? Must we condemn them for having an aversion to the faith, for fearing the virility of traditionally patriarchal and homophobic views which threaten the progress of Western development?

I think not. My previous articles on Islam demonstrate above all that criticising a religious ideology is bound to cause controversy, but it is a necessary and constructive conversation required for positive growth.

Some will argue it is impossible to maintain an aversion to the Islamic faith, and not let that affect one’s biases towards Muslims. In other words, they think one cannot disagree with Islamic principles, without letting that disagreement taint one’s perception of Muslim women wearing headscarves, for example, since their identity is intimately intertwined with the religion.

But that is only true, insofar as one is incapable of tolerance. We are constantly situated in social positions where we disagree with other people’s ideas and beliefs, no matter how firmly they are held. But if you judge a woman wearing a headscarf because you are afraid of Islam, or you disagree with the ideology, the justification fails since you have let your criticisms evolve into prejudice.

Islamophobia (noun): A criticism of Islam, or related teachings and principles.

This dovetails into another widely-used definition of Islamophobia. When someone criticises Islam, the Prophet Muhammad, or calls into question controversial Qu’raanic verses, Muslims, in particular, are quick to describe this as Islamophobic. This definition describes Islamophobia as the criticism (rather than fear) of Islam as an ideology or religion.

This takes me back to a time where I discussed with an Imaam (Islamic equivalent of a priest) when I was attempting to reconcile my religious identity:

I once called into question the Prophet Muhammad’s marriage with Aisha, which was a sexual relationship involving an elderly man with a barely pubescent young girl. Though this was considered contextually acceptable at the time, I argued that in the modern-day, this is a clear example of paedophilia, and a reason to cast doubt on Muhammad as being seen as a perfect man (which Muslims vehemently claim he is).

Following this, I was accused of being Islamophobic by talking about such a revered figure in a negative light.

Islamophobia, under this definition, equates to blasphemy. Despite feeling the personal weight of claims against Islam, Muslims must avoid antagonising criticism against Islam, let alone calling it Islamophobic. Shunning debate is one reason outsiders become suspicious of Islam, as it goes against the widely-valued Western right to challenge and criticise dogma.

Very often (and what is most troubling about this definition), it serves to delegitimise prejudice that Muslims face for being Muslims in and of themselves, as any adversity towards Islam and Muslims is generalised under the same umbrella of Islamophobia.

So those who claim:

“Islamophobia is not real — it is just a way for Muslims to avoid accepting criticism of their religion and practices.”

— are right, insofar as it is completely permissible to criticise religion or ideology without being prejudice against Muslims. Even if they hate Islam, that doesn’t necessarily mean they hate Muslims. These are clearly different things.

If Muslims continue to recognise criticism of Islam as Islamophobic, the next time they receive prejudiced attacks because “they are barbaric people”, or “[Muslim] women in headscarves look like letterboxes” (which UK Prime Minister Boris Johnson has openly claimed), then the Western world won’t legitimise their grievances as they have been caught being irresponsible in using the term.

To disagree with the slaughter involved in Halal meat because one believes the amount of pain it causes the animal is unnecessarily cruel, no matter how much one agrees with that, is a criticism of practice within the Islamic religion. Saying this might be offensive to some Muslims, but the argument is not attacking Muslims ad hominem (for who they are), and if we call this Islamophobia, then it is not a legitimate affliction.

Islamophobia (noun): A prejudiced dislike, or hatred, of Muslim people.

Perhaps what most of us mean by Islamophobia, is prejudice against Muslim people just because they are Muslim. In the same way, we describe anti-Semitism as meaning anti-Jewish but not anti-Judaism, we describe the actions of placing bacon of a mosque, or ‘Punish a Muslim day’ as Islamophobic.

Islamophobia when referring to prejudice against Muslims means there is no rational discourse of the religion, only expressions of irrational hatred towards Muslims as a group of people.

I believe this is the correct definition, and one we ought to especially take seriously in recent times. Where Chinese Muslims are being ‘re-educated to fit a government agenda, or the current Prime Minister of India is purposely excluding the citizenship of Muslims in India to retain a Hindu-Nationalist agenda, the term becomes deserving of its existence in referring to what extremely appears to be an intolerance of Muslim people around the globe.

When world leaders normalise the exclusion of any group of people, it often gives the impression to the wider public that it is perfectly acceptable to hold a prejudice against them. Soon enough, attacks against the group soar, blind eyes are increasingly turned, and to the furthest extent, we may become witnesses to systematic genocide.

Legitimising Islamophobia by clarifying the definition allows us to tackle hatred, and provide Muslims with a means of making sense of their oppression where other words fail to do it justice.

Excluding the anti-Islam definition, prevents others from not taking it as seriously as anti-semitism. This is a dangerous possibility looming closer as the term is haphazardly tossed around with people holding wildly different definitions, which is never clarified.

I once read somewhere that one of the biggest problems in the world is unstated assumptions, and I couldn’t agree more.

Sure — those who are semantically attentive may contend that the term should therefore be ‘Muslimphobic’ than ‘Islamophobic’ if we are to refer to Muslims and not Islam. It would certainly be less confusing, but we are long past the point of changing the etymology of the word. For better or for worse, it is here to stay.

But my fundamental point is the issue requires both parties to act. Muslims ought to stop describing criticism against Islam as Islamophobic, and concede that the Western world will inevitably find some of their ideals problematic. Freedom of speech is an important value. Rather than silence criticism, responding to these doubts is perhaps an indicator that a necessary conversation is due.

On the contrary, we should not look past the very real prejudice which Muslims experienced as a result of just looking or being Muslim. For it is important that we always challenge all kinds of hatred and contempt towards people for simply existing if we have learned anything from recent history.