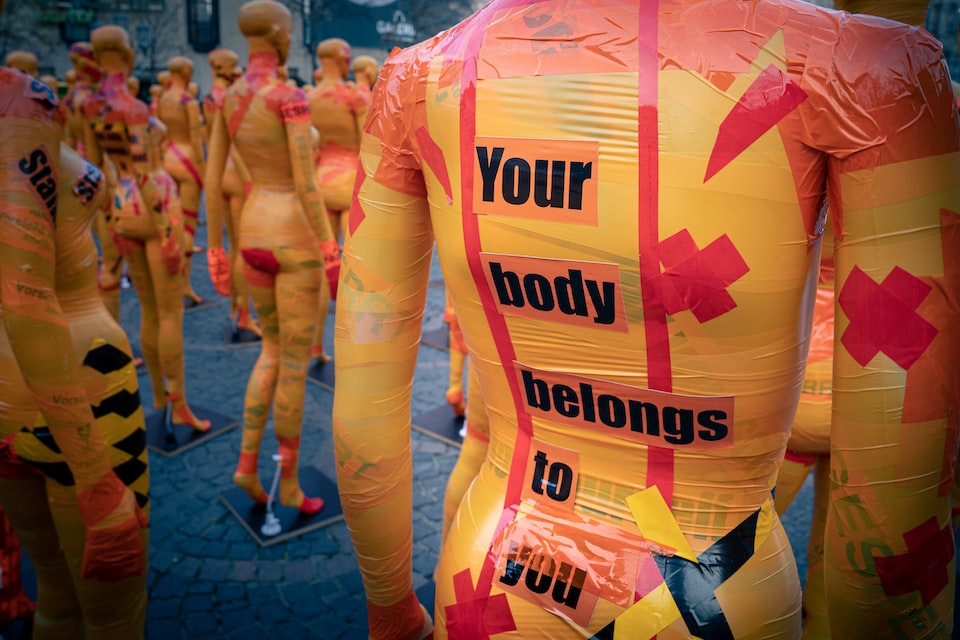 These words of poetry don’t hide the reality of women's crucial experiences in our society and the violence they are victims of. Today, those bones are broken, the smiles no longer exist, and the souls became full of hate.

Unfortunately, in the news, we are regularly brought with painful examples and horrific murders. Every day we hear about women being victims of violence, abuse, femicide worldwide - whether that’s in Europe, in America, in Asia or Africa.

For instance, in France according to the Justice Minister, in 2020, 106 domestic crimes were committed and 90 of the victims were women.

In Tunisia, Refka Cherni, the 26-year mother of a young child, died in a hail of bullets on Sunday just before the end of the day’s Muslim fast for Ramadan 2021.

In addition to that, last year, 300 women were murdered in Turkey, according to a women's rights organization.

Just to mention one murder that sparked outrage in Turkey; Pınar Gültekin, a 27-year-old woman was beaten and then strangled to death by her former partner.

In May 2021, in Puerto Rico,  26-year-old Keishla Rodríguez and 35-year-old Andrea Ruiz were murdered by their partners in gruesome acts of gender violence.

Indeed, violence against women became a global scandal. All over the world, women are subjected to acts or threats of violence; it is a shared ordeal, beyond the borders of fortune, race or culture.

At home and in the environment in which they live, in times of war as well as in times of peace, women are beaten, raped, mutilated or killed with complete impunity.

These terrible acts constitute one of the most widespread violations of human rights, and a major obstacle to the achievement of gender equality between women and men were accentuated during the pandemic.

For example, according to UN data released in late September 2021, lockdowns led to increases in complaints or calls to report domestic abuse around the world, with a 30 per cent increase in France.

In our society, men for centuries controlled the birth rate and women's bodies, which they could freely dispose of. Considered as minors, women were placed under the tutelage of their father, then of their husband.

Beating your wife was tolerated. Even today, a man finds in the use of violence a means of control over his family and complete control over his partner. Despite the implementation of laws that prohibit violence against women, some mindsets and traditions perpetuate impunity.

Women are being abused and beaten to death for reasons as silly as:

“She wants to divorce”, “She didn’t cook lunch”, “She said no and argued with me”, “She doesn’t want to have a baby”.

This is no longer acceptable in our society! Ending violence against women today became a fight, a must and not a choice!

Enough is enough. We all must stand up for the rights of women and girls. Only a collective effort can bring change. Defending women’s rights radically changes the world and values in society.

Today, we must all raise our voices in the name of all girls and women to end domestic violence and abuse, break barriers, make a change and advocate for women's rights around the world by supporting gender equality, girls’ access to quality education and women’s empowerment.

I stand for equality and justice, and I am proud to fight every day to assert our rights and perhaps become an inspiration for future generations to build a better society.

To all the women in the world: remind yourself of your worth, love yourself, find your path and passion in life. Be proud to be a woman!