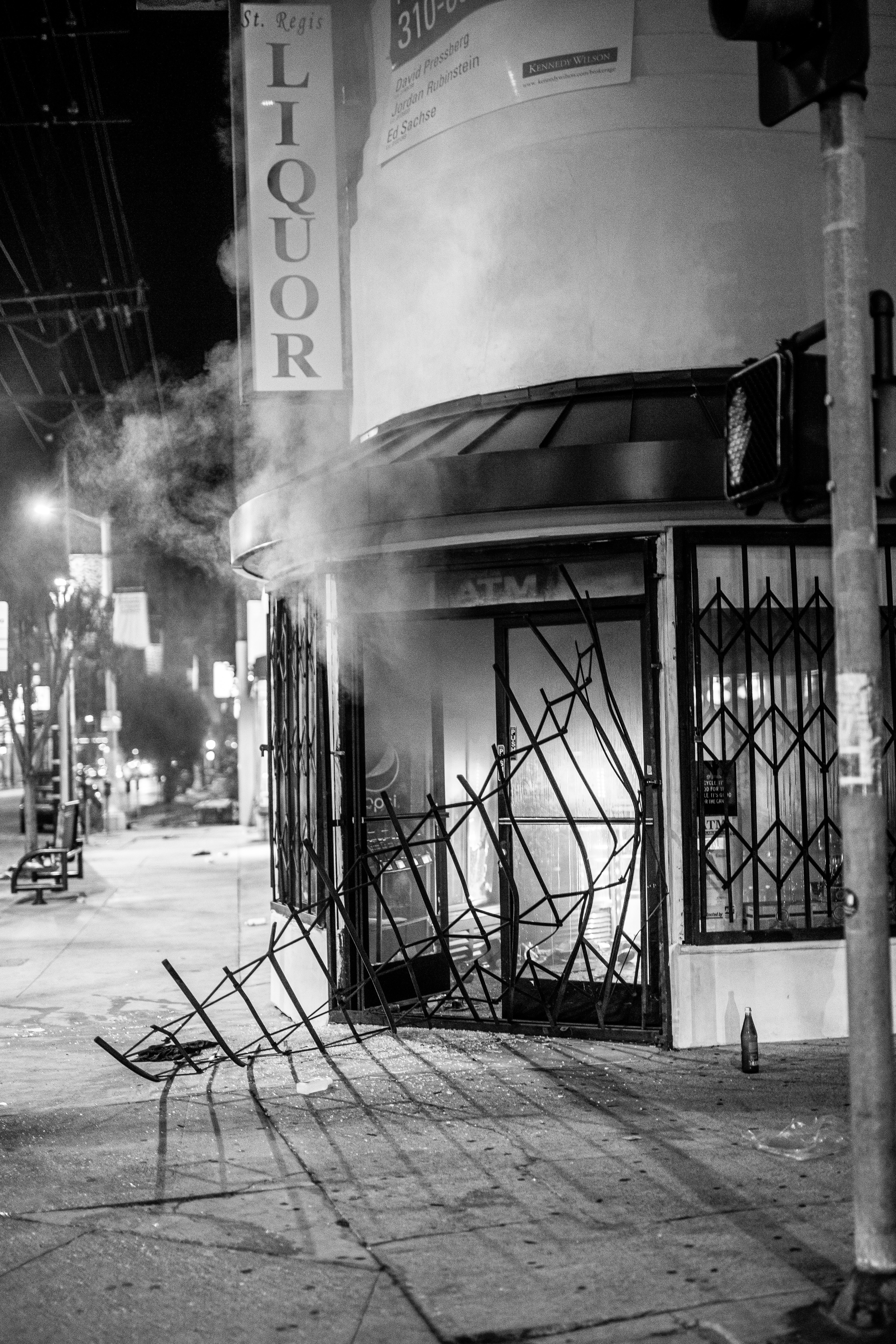 My father had achieved the American Dream. He was a success story. The type of story that you find in a business or self-help book.

Imagine coming to this country with just a dream and very little cash. You’re highly educated but your degree isn’t accepted in the good old United States. You have no money to go back to school, so you start working. You realize you’re really good at managing a business, so in a few short, but hard-working years you own one yourself. You grow it and slowly climb up the economic ladder until you can afford a nice home in a nice neighbourhood. Your family is happy, and life is good. You’re expecting a second child.

Then one day, an arsonist decides to take away all of the hard work that you put into your business. Years of hard work and dedication to take your family from one pillar of society to another, all gone in one callous act of terror.

My father had achieved the American Dream. He was a success story; the type of story that you find in a business or self-help book.

To this day, I do not understand what would possess a man to set fire to another man’s dreams. What kind of jealousy, non-compassion, and incessant hatred must one possess to commit this crime?

After the arson, I started seeing less of my father. Less and less, until it became almost a habit that I wouldn’t see him. He spent more and more time re-building his business. It put a massive strain on our family.

My father was in debt trying to keep up with mortgage payments, run a second business, provide for his family, and rebuild his first business.

My mother and my grandfather tried to help. They tried to manage the second store, but it wasn’t working. The foot traffic was a fraction of what my dad used to see in the city. They didn’t have my father’s business sense. They didn’t speak very good English, and that really mattered.

Soon, we sold that second store. My mother got a job at Walmart. A minimum wage would at least help feed us. It seemed as though we were moving closer and closer to poverty.

Then we lost our home.

It was like I had a father but didn’t have a father. I saw my mom in, morning, night, and day. I saw my father once a week. We were in a new neighbourhood. It was the suburbs, but it was a different type of suburb.

Our way of life changed.

My mom, sister, and I had one program every Saturday. We would go to see our father at the store that was finally up and running. But he still had to run the store and bring it back to its previous status. He had to pay back his debt. Every Saturday, we would bring food and go see him. He would drive back home with us, sleep all Sunday, and take the subway Monday morning.

Monday through Friday he would sleep in the store.

Imagine sleeping in a convenience store 5 nights a week.

I used to live in this nice, suburban neighbourhood that was full of great people. I grew up with them and I was never treated differently. I had some great friends and some great memories with them.

I would go to one of my friends’ homes and we would play-fight. It was fun just sparring with each other on his front lawn.

Another one of my friends was obsessed with video games. One time I went over to his home and I randomly said I wanted McDonald’s. So his mother went and got McDonald’s, but she didn’t know I was a vegetarian. So she made a sandwich for me.

Then there was Danny. He was always the smartest kid in every class every year. Going over to his home was fun. I don’t remember what we did, but it was fun.

Gym class was one of my biggest fears growing up. I was short, fat, and unathletic. I didn’t know any games because the only sport my dad knew was cricket, and he never had the time to explain that to me. Although I was only in my old school for a few months, I actually started to like gym class. The gym teachers took the time to teach you the sport. One day, a kid who was a natural athlete said to me, “Parth I actually thought you wouldn’t be able to catch the pass. But you did!”

Everyone needs encouragement. Everyone needs time to figure out what they are good at. That’s what I was getting at my old school.

I didn’t get that in my new school. In my new school, I was bullied, pantsed, and ignored. I hated every waking moment of that school. For the next three years, I would look at my mom and say, “I want to go home.”

The gym class was the worst of it. Our gym instructor would end up becoming the school dean, recognized for just how horrible she treated her students. There was no structure to her classes. It was a random game each time. Dodgeball. Just walk around and do whatever. Let’s go out for a walk.

She told me to stop writing. Math and science are all you need in life.

People called me a butler because of the way I dressed. I was taught to dress nicely — tuck in my shirt and wear pants up to my waist buckled with a belt. People dressed differently in my new school, and they tried to get me to confirm. I didn’t.

The constant berating, being laughed at, and overall attitude being sent in my direction soon got to me. I wanted to fit in without dramatically changing the way I spoke, dressed, or behaved. All I had was my writing. So I felt as though if I wrote and shared my work, maybe people would get to know me. Maybe they would like me for who I was.

Things didn’t go that way. And my writing took a bad turn.

In 7th grade, I wrote a poem about how I wanted to kill all the kids in my class. At the end of the poem, I was standing in front of my graduating class with a knife in my hand. It was horrible. Sadistic. Scary.

The Dean called my home (not the gym teacher one, a nicer one who also taught me math after school). She spoke to my mom who didn’t really understand what was happening. She told me to stop writing. Math and science are all you need in life. It’s the Indian way.

My father told me to stop writing and don’t talk to anyone. Just focus on my studies.

That day my dad proved to me that he cared. He showed up. He didn’t go to work. It was a big deal for a 7th grader. He defended me the entire time. I don’t remember much of that conversation, but I remember I was crying. It was so surreal to me. I wasn’t 100% sure what I did wrong. I was just writing my thoughts.

The principal told my father that I wouldn’t be allowed back into the school until I saw a psychiatrist. It was an unfair proposal then, and looking back at that incident now — it’s still an unfair proposal. He did not handle the situation very well. But, possibly the whole situation helped me see my father as a hero.

We saw a psychiatrist. The psychiatrist read over my writing. He asked me some questions. Diagnoses: there was nothing wrong with me. I was just trying to express myself because I didn’t fit into my environment. He asked my father if he wanted some prescriptions to help me feel better. My father said no.

We went back to the school with a note saying that I was a normal kid. The Principal told my father that he wasn’t convinced, but he would let me attend school.

After that incident, my father told me to stop writing and don’t talk to anyone. Just focus on my studies.