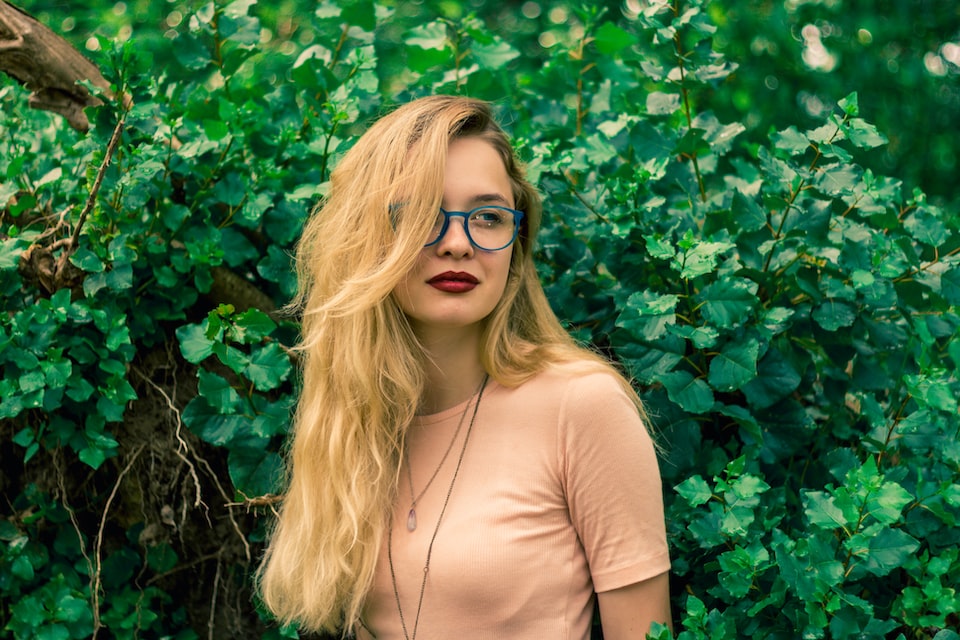 From a child up until my late adolescent years, I had always been pretty shy. My low self-esteem was a large contributor to my shyness because I didn’t see myself as important or valuable. I often felt ashamed talking to someone new and had a strong preference for keeping to myself.

In high school, almost everyone had considered me “the shyest person they had ever met.” Apart from me felt limited by my fear of speaking up. But the rest of me felt comfortable staying within my safe zone. Even though I was frequently encouraged by teachers, coaches, and mentors to express what was deep inside, the voice inside my head was always louder.

My shyness felt beyond psychological, however. The fear was so great, that I would feel my mouth and tongue freeze. The thought of standing up for myself was beyond my capacity at the time.

In my family, women didn’t have a voice. We simply followed the commands from the menu. My mother frequently swallowed her pride in confrontation with my father even though sometimes she was right. From these cultural teachings, I learned to be passive.

Meaning I just allowed things to be done and said to me, because I didn’t believe that I had the right to defend myself. I had never learned how to be assertive, and perhaps it’s part of the reason why I didn’t know how to stand up for myself in my early years. This lead to sexual and verbal abuse, bullying, and later on, more abuse.

I survived like this for many years. Trying to hide away from situations where I would need to speak up as much as possible. My best friend at the time would even joke that I was too shy to ask for ketchup packets at restaurants, which was actually true. Until the day came where my complete well-being depended on me speaking up.

I was in high school, dating a guy who I wasn’t really into. He had constantly tried forcing himself into my life by walking me to class, or asking me if he could spend lunch with me and my friends. Through a mutual friend, he got my number and began to frequently text me to check up on me. I thought that he was sincerely caring and went with the flow of things.

After about three months, however, he began to change. He would frequently ask where I was, who I was talking to, and what I had been up to. He would walk me to my classes, to school, and from school so no one else would be around me. Sometimes he would even pull me away from my friends and stopped me from seeing them.

Then came the worst part. Where he would try to force me into being intimate with him. I would often run away, or start crying at his requests. Whenever he would hold me down, I would start having anxiety attacks which would scare him from doing anything. My bodily reactions would often rescue me, but I knew that it wouldn’t hold up for long.

My body became so stressed from being with him, that I began to have medical issues that would often lead to hospitalizations. I’d wake up in a panic, knowing that he would be waiting outside my gate in the morning. A day didn’t go by where I didn’t fear seeing him.

Then came the day. I had been with my friends when he called me on my cellphone. I hadn’t felt it vibrate and therefore wasn’t aware. A few minutes later after walking around the campus, he found me and asked to talk to me. He started arguing with me, telling me that I needed to answer my phone whenever he called and commenting that my friends were a bad influence. I walked away, trying to avoid the conversation.

We had a college class that evening. Before class started he asked again, to talk to me. I got out of my seat and walked outside with him. Then he tried to push me into another room, but I resisted. He began to whisper to me that I needed to be his, that he needed to be intimate with me.

I was trying to pull away from the grasp he had on my arm by this point. He started to demand me to stop, and to tell me how bad of a girlfriend I was. I needed to listen to him, and give him what he wanted.

Finally, I was able to break free from his grasp but held onto the sweater I had in my arms. I asked for it back, but he didn’t listen. I started to walk back to class when he pushed me against the wall and punched it right next to where my face was. He started to slightly bleed and blamed me for getting him mad. As he held his hand from the pain, I ran back to class and ducked under when he tried to grab me.

The whole class hour was treacherous. I didn’t want the class to end. I didn’t want to face him. I felt my arms shake and my heart in my throat. My stomach ached at the thought of confronting him. I simply watched as the minutes ticked, slowly leading to the hour when the class would end.

I considered telling my professor but felt this fear that if I told her, that I would be blamed for not reporting it sooner. I thought of calling my parents but knew that the police would get involved. And feared that they would blame me for getting into the situation.

None of my friends knew of the abuse, and I just felt a cold silence while being in a room full of students with only the sound of my own panic in my ears. I felt paralyzed. I felt a cold sweat come over my body as we had fifteen, then ten, five minutes left. I began to feel helpless. The same way I had felt as a child when I had been sexually abused for the first time. I felt inferior. Incapable. Frozen.

When the class was over, I walked back to where he was, grabbed my sweater off my desk, and ran out. I didn’t think. I didn’t know what I was doing. I was simply reacting. I rushed down the stairs and pushed open the door to the outside, cool evening air.

The sun was setting with splashed colours throughout the sky. I stared at it for a moment. I felt my mind go blank. My heart was still pounding from the run, or the panic, who knows. But then the anxiety began to settle. I knew what I had to do and slowly walked to the seating area. And waited.

A moment later, he came out, enraged. I walked up to him. He was ready to yell at me when I commented, “are you sure you want to argue right now, or do you want to wait for everyone to leave first?”

He got quiet and stood there. People from our class and a few other classes walked past us. A few minutes later, everyone left. He started telling me to go back inside with him where we could “talk” in one of the rooms.

My body began to feel hot as my voice raised:

“I’m tired of this. I’m tired of you. I can’t sleep, I can’t eat, I can’t focus. I don’t want anything to do with you anymore. And don’t follow me because I’ll call my parents to tell them everything. Or better yet, I’ll report you.”

I turned and began to walk away. He grabbed my arm.

I pulled it away with a simple,

I could feel my heart beating as I walked away, fearing that he would follow. But he didn’t. Even though he tried contacting me here and there, I began to have the feeling that he wouldn’t bother me anymore, because he knew that I wasn’t afraid of him anymore. Well, I was. But not in the same way as before.

I was no longer a non-threat to his abuse. My voice became a source of power against him. In a way, I know I’m lucky that I didn’t need to go to higher measures to stop it from happening. I was also lucky that he never went to high-physical extremes towards me, though I knew that eventually, he would have.

It wasn’t until years later that I began to have thoughts that another girl would potentially go through the same thing while dating him. But later on, I was informed by a few old friends that he had actually begun working on himself, and my fear of another girl getting hurt by him lessened.

From then on I knew that everything I had tolerated from him was because I was willing to tolerate it. I allowed him to become a source of my pain. To invade my peace of mind. I needed to be bigger than the trauma to move forward.

Often at times, our bodies will tell us when something is wrong. When things are no longer serving us. When they need to change. All we need to do is trust ourselves. Trust our voice. Believe in ourselves and speak up.

I had allowed my fear to engulf me, to stop me from taking action. In all honesty, at the time I didn’t think I deserved more than what he gave. I couldn’t see that I was worthy of real love.