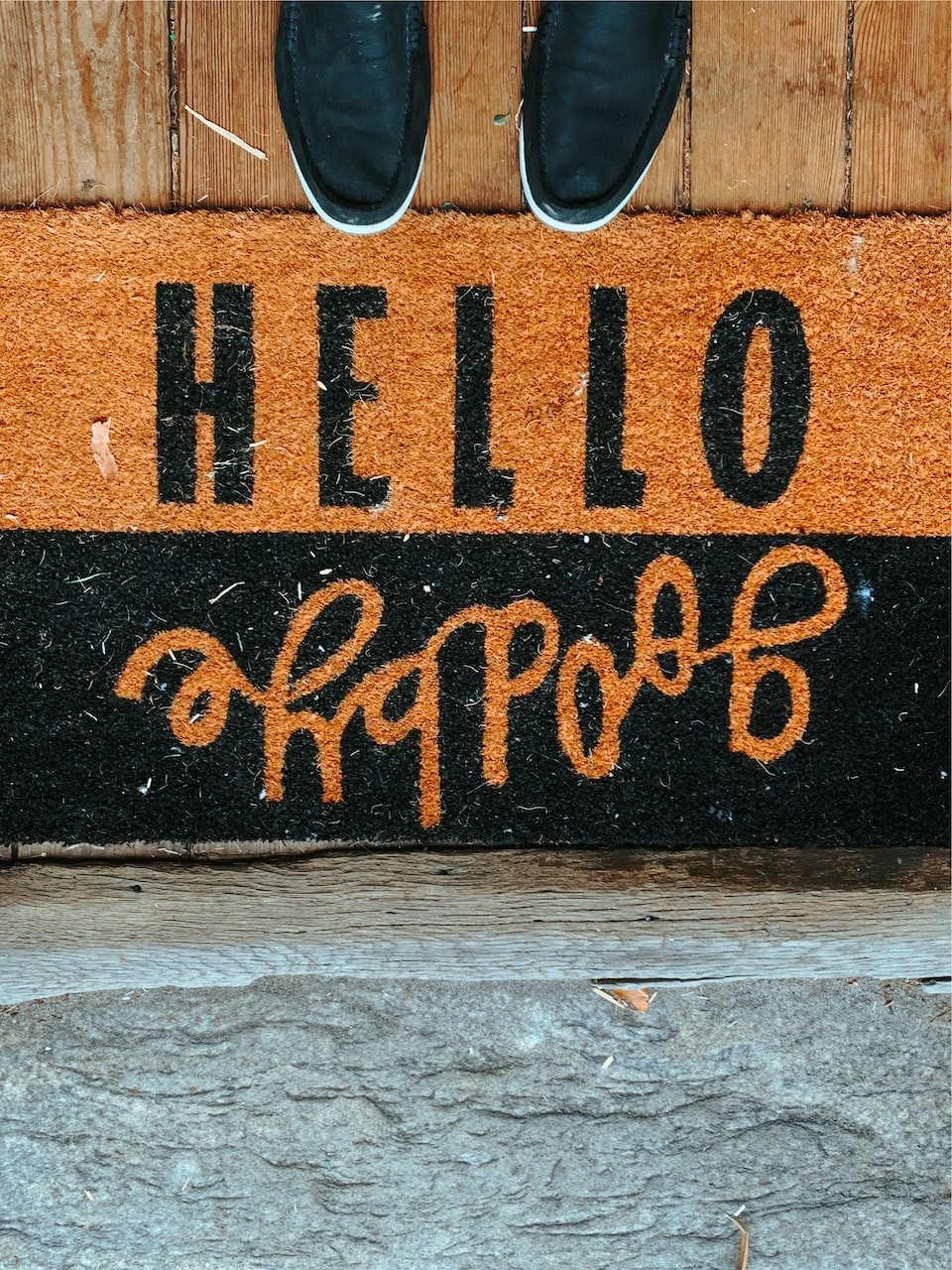 “Givers need to learn their limits, because takers have none.”

Usually, these kinds of middle-aged Facebook mom-type posts on social media don’t provoke anything in me except an eye roll or reflexive scoff to myself when my mom sends them to me as if I needed to laugh for her sake when she’s miles away.

This time though, I saw it on my Instagram feed, and it literally hit me like a ton of bricks. I’ve done my fair share of taking, but the majority of my life I’ve minimized myself for the sake of others, serving as their doormat, so they don’t keep their feet dirty with the traces of me when they move onto what I assumed were better things.

I’m going to finish college this year, but throughout high school and middle school, my pattern of being a pushover started to form. I had friends, but some of them were quite self-centred and mean-spirited.

They would tease me and exclude me for fun, which I assumed was because of some inherent deficit. I wouldn’t stand up for myself, and on the rare occasions that I did, I was made to feel bad both by myself and others who thought I was being “mean.”

At the same time, though, when I was called “rude” for yelling or snapping at someone who was constantly putting me down, the perpetrators were always revered as being untouchable and funny for their rudeness. When people get used to seeing you as a doormat, they get upset when you tell them to wipe their feet somewhere else. You become something to be counted on, but not respected as such.

Part of the inferiority complex I harboured was also because of my trans identity. Beyond just feeling weak and unappealing to others because of how my small amount of friends treated me (save for a couple of great ones I still talk to every day), I felt that there was always going to be something wrong with me that I couldn’t put my finger on.

Since I was young, I was told that many of the things I did were either “sensitive for a boy” on the best of days, or I was told not to do certain actions that were far too feminine. For example, one that sticks out to me was how I was chastised for sitting with my legs crossed like my mom.

For them, this small action might have seemed like a gesture of kindness, bestowing on me explicitly the cultural cues I should’ve picked up on and followed to be more like a boy. For me, though, it fed into an already-existing pattern of self-compromising for the sake of others. I gave to others the Stella they wanted to see, but I didn’t feel worthy of claiming the real me for myself.

When you spend so long changing and repressing the most integral parts of yourself for what you’re told is the sake of the entire society around you, you start to lose a sense of self. I didn’t know who I was, and it even got to the point that I became such a palimpsest that I couldn’t even recognize the real, true text laying beneath the layers of contrived and affected masculinity I presented to the world as best as I could. I was a failure as a boy, and I was a failure as a girl, and even if I had no gender, I was a failure to everyone else because I had nothing left to give.

If I couldn’t do anything for myself, I thought, the least I could do was do everything for other people, even if it went directly against what I wanted. Pleasing others replaced the desire to make and meet goals. Like Plato’s Allegory Of The Cave, I tried to satisfy myself with the shadows of a fake sense of satisfaction, but outside that, there was a whole world of self-fulfilment that I felt unentitled to.

I wasn’t a saint, however. It wasn’t like I volunteered all the time or raised money for different causes. Because of mental illness and some inherent selfishness, I began to snap in high school, spending hours upon hours angrily watching videos in my room instead of hanging out with others or doing extracurriculars. Despite this, I still would help my friends, but beyond that, it wasn’t like I did anything. Instead of voicing my irritation, frustration, and qualms with others, I just shut down and shut the world out.

It was also around the middle of my high school career when I actually was coming to terms with my trans identity. What I did realize from pushing others away is that I had the choice to not give all these people what they felt they deserved from me. The only real positive about being asocial was that I, by choice for once, severely limited contact with all the toxic people I knew were toxic but before felt powerless to do anything about.

Even though it was a step toward positive change, working in extremes doesn’t help anyone. I felt angry for everything I missed, almost misanthropic at the number of times I felt that I had been wronged, even though it was mostly me suppressing and wronging myself.

Society and my terrible friends were to blame, yes, but isolating myself from my other friends for self-serving reasons wasn’t going to help anyone either. In college, I did the same thing, except on a greater scale and without making any friends that were as deep as my friends from high school. Taking is fine and all, but it requires some giving to be happy. Balance is key.

Of course, balance isn’t learned in one day. That’s why I ended up almost crying at the Instagram post about givers and takers. Recently, I gave thousands of dollars to someone who allegedly was in a really bad place in their life. I usually wouldn’t trust giving money to strangers, but the community I’m a part of has frequent practices of doing this to support each other, and I felt they needed the money. However, I passed my initial limit and I kept sending more and more as I felt guilty about the reasons they had for needing it.

Who knows, maybe I’ll get some of it back, but that’s not the point. Whether they were a scammer or someone who really needed the money is irrelevant. The lesson I learned was that it wasn’t just this person who didn’t respect my limits, but myself.

At one point, I said I couldn’t send any more money. Of course, there was protestation as they allegedly needed more and more to stay afloat. I said, “no, I really can’t send anything else,” but I caved.

As a caveat, I’m not saying that this person is a taker because they needed the money. That’s not the problem here. The real problem is that I didn’t stay firm and tell them no, no matter what. I sacrificed my own well-being, yet again, for the sake of someone I don’t even know, and someone who may not even exist.

Givers, we need to learn to be strong and understand that even after helping someone, we’re entitled to limits. We’re entitled to say “I’m sorry, but I’ve done enough for you and need to make sure I’m okay.” Compromising yourself and isolating yourself will only lead to destruction for you.

You won’t ever learn how to be able to stand up for yourself if you use avoidance, like I did, as a strategy for not giving in to the will of others. I thought I was over it after years of selfishness, but apparently, I’m still ready to give in at the first sign that someone needs or demands my help. It’s okay to say no, and while this sounds trite, so many people (myself included) have no idea how to really say no to others.

Don’t be overly selfish, but you need to learn to establish boundaries that ensure you will be safe and taken care of at the end of the day. Your sanity and health are not worth sacrificing to please someone else. Many people, whether they’re givers or takers, have no regard for other people’s limits and will squeeze you dry one way or another. At the end of the day, it doesn’t matter if they’ll like you or not, so don’t compromise yourself to please others. You will learn to validate and love yourself when you continue to establish proper limits and stand up for yourself, not for anyone else.

You are worthy of having boundaries, and you are not land to be pillaged. In fact, it’s not pillaging, as you’re giving away your own resources voluntarily. So try to take little steps to advocate for yourself. It’s not easy, but we doormats really need to learn how to put our firsts down and ourselves first, because if you’re ever in a position of need, chances are, the same people who begged on their knees for your time will not be there when you need a hand.

Remind yourself that you are your own lawyer and best friend and need to treat yourself as such because when nobody else will advocate for you, you need to have your own back.