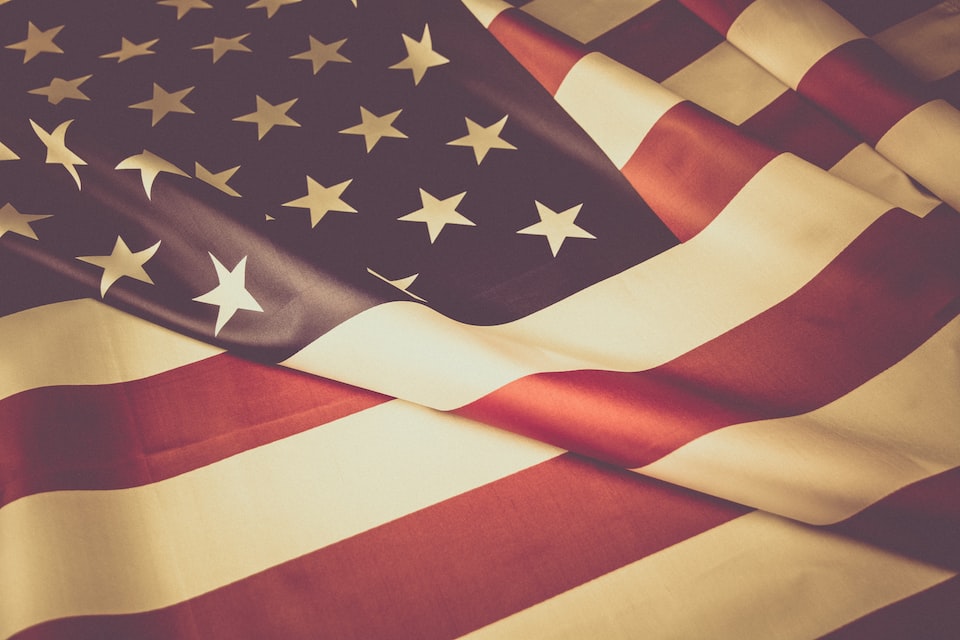 Black people and America are in a toxic entanglement. Society treats anyone darker than a brown paper bag like a second-class citizen while expecting patriotism in return. To say Black people pulled the short stick would be an understatement. Insisting that Black people only speak kindly of America is racist.

America never lived up to its end of the bargain. It’s failed overtime to provide equal opportunities and protections for its citizens. Now it’s time to consider what that means on the back end.

Saying ‘God Damn America’ makes sense when you’re Black. Our ancestors came over on slave ships. White people forced them to work for free, abandon their languages and cultures.

Past injustices and crimes against African Americans need to be addressed with reparatory justice. (United Nations Human Rights, 2016)

Given how poorly America treats Black people, is it any wonder that many of us want to curse the very name of our nation? Before you think I’m throwing shade for the sake of throwing it, hear me out.

My family has many patriotic Black men. Yet, I would argue that their sacrifices, while noble, have not won our liberty as Black people.

My great grandfather fought in WWII to help save Europe from authoritarian rule. Yet, when he came home, he still lived under a Jim Crow regime. My cousin served in the Middle East, and my youngest brother just finished basic training.

Even so, they are still stopped by police officers more often than White men. My family has to live in fear that something horrible will happen to them because they’re Black.

During last summer’s racial reckoning, officers shot Jacob Blake in the back. NBA Coach Doc Rivers said, “It’s amazing why we keep loving this country, and this country doesn’t love us back.” He’s right.

As much as Black people have shown love to America, the feeling is not mutual. In the aftermath of Blake’s shooting, Rivers expressed the pain many Black people felt. America continues to abuse Black people. When we complain, they tell us to put on some makeup to cover our bruises.

Rivers’ statements show that society doesn’t leave room for Black people to dissent. Tears come along with the frustration. If we don’t care about America, we won’t have much of a chance of changing things now, will we?

Yet, loving this nation hasn’t helped Black people. Doc’s statements reminded me of a battered woman choosing to stay. Society wants Black people to swallow their sorrow, put on a smile, and pledge allegiance.

America should never expect Black patriotism because it hasn’t invested in restorative justice.

Patriotism has it’s place, and it should always be discretionary for Black people. That’s why Muhammad Ali protested the draft. He didn’t do it in the same way that a White, liberal man would. It wasn’t only because the war was morally-reprehensible. His opposition was two fold.

For one, Black people didn’t have beef with Vietnamese people. Secondly, America wanted Black people to fight abroad while ignoring their domestic hell.

“My conscience won’t let me go shoot my brother, or some darker people, or some poor hungry people in the mud for big powerful America,” he had explained two years earlier.
“And shoot them for what? They never called me nigger, they never lynched me, they didn’t put no dogs on me, they didn’t rob me of my nationality, rape and kill my mother and father. … Shoot them for what?
How can I shoot them poor people? Just take me to jail.” — Muhammad Ali (Brown, 2020)

Muhammad Ali wanted the world to know he wouldn’t be complying with America’s game. The draft is long gone. Yet, Black Americans continue to live in a country that dismisses their human rights. White people have sent many Black people to die for their benefit. Enough is enough. America should never expect Black patriotism because it hasn’t invested in restorative justice.

America is the worst type of abusive boyfriend. He won’t even pretend things will be different this time. You might get a text. “You mad at me?” after his beatings send you to the hospital.

He’s the type of friend who would ask for your help and rob your house while you’re out of town. As Black men fight overseas, their communities become more vulnerable to White-domestic terrorism. As a result, Black people are tired of being at the front lines of America’s wars. If we can’t say, “God Damn America” as civilians, then are we really free?

I composed the words and music for a new aria, and the last two lines are, ‘God Bless America; God Damn America!’ They asked me to omit ‘Damn’. I refused. They fired me. Life in Black America, Roumain alleged via
Twitter.
— Daniel Bernard Roumain (Wicker, 2021)

Respectability politics reared its ugly head. For those unfamiliar with the term, this refers to appealing to the White gaze.

Black people often have to self-censor to avoid offending White folks. When a Black man refused to do that, they cut him from the program.

The Tulsa Opera issued a statement. A Black representative stated, “I felt that they did not line up with my personal values.” While everyone is entitled to their opinion, I’m curious about these values. What type of values prevents someone from condemning America’s subjugation of Black people?

The bottom line is that leadership tried to censor a Black man’s response to the Tulsa Massacre. If we look at piles of dead, Black bodies and cannot say “God Damn America,” then we are in too deep.

If his lyrics are too much, we’ve collectively bought into the narrative that Black death isn’t worth cursing about. We’ve been desensitized enough to condemn public outrage even when applicable.

Respectability politics are why leaders of the Opera wanted a gentle tone. White people are the only ones who benefit from a watered down version of these lyrics.

The 100th anniversary of the 1921 Tulsa Massacre is on the horizon. As the country remembers this gruesome event, Black people have the right to feel angry. Saying “God Damn America” makes sense at this moment.

Sure, we can use soothing words. For example, he could have written, “God Save America,” but that would imply that someone could do the work on our behalf.

A Black man asking for God to both bless and condemn America jives right with the Black experience. Sure, we want America to prosper because we’re on this boat. But, we also want the captain to know we hate our accommodations.

White supremacy is ever-present. How we present our ideas often hinges on the perceived reactions of White people. Black people often self-censor during their creative process.

While contributing to the Tulsa Opera would have been a notable career move, standing firm in his truth took determination, especially in America.

Saying “God Damn America” makes sense when you’re Black. That’s because Black people are an afterthought in their own country. After all the collective and personal tragedies we’ve endured, America shouldn’t expect patriotism.

They’re asking for way too much. Black people should never have to pledge allegiance to a song with racist lyrics or the idea of American exceptionalism. We shouldn’t have to love our country. But maybe we would be open to couples counseling.

The Author Allison Gaines wears many hats. She is the Editor in Chief of Cultured, founder of the Civil Rights Organization Justice Can't-Wait., and co-founder of Writers and Editors of Color.

💬 Check out my blog here.

United Nations Human Rights (Ed.). (2016, January). Statement to the media by the United Nations’ working group of experts on people of African DESCENT concluded from its official visit to the USA, 19–29 January 2016. Retrieved March 25, 2021, from https://www.ohchr.org/EN/NewsEvents/Pages/DisplayNews.aspx?NewsID=17000

📓Author’s Note — Inspired by James Finn who sent me this news story.