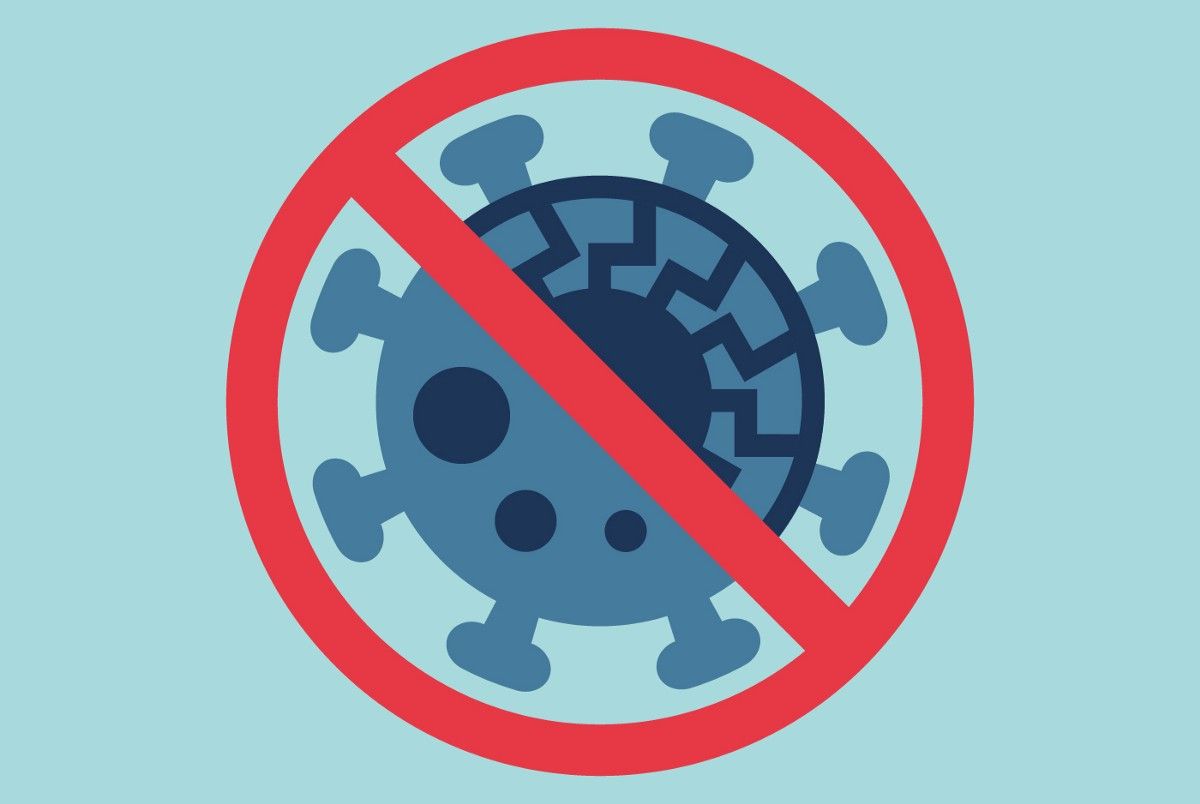 Last Friday, The Trump Administration’s former CDC Director Robert Redfield told CNN that he believed Covid-19 had originated from a lab in Wuhan, China, and “escaped” to the outside world in the Fall of 2019. He admitted freely that he had no evidence of such, and that it was “only an opinion”.

Redfield’s comments were made during a time where The United States and most of the Western world is in the middle of a long-overdue conversation about the correlation between the spread of Covid-19 misinformation and the rise of violence towards Asian-Americans.

On March 16, a man shot and killed 8 women in a shooting spree at three spas in Atlanta, Georgia. Despite comments from some of the surprisingly unsurprised arresting officers, the attack was, in all likelihood, a hate crime. Both the victims’ identities as women and as people of Southeast Asian descent appear to be factored into the terrorist’s decision to target the spas specifically.

Redfield’s belief in an alternate theory of Covid-19’s origins might be sincere, but regardless, it gives ammunition to a more xenophobia-inspired belief: The theory that Covid-19 was intentionally created and spread by the Chinese government. The theory is a very, very popular one, despite that — much like Redfield’s adjacent opinion — it’s not backed up by any tangible evidence.

The association between this theory and laying blame on people of Chinese ancestry are somehow responsibly would be ridiculous if it wasn’t so deadly, as the Atlanta shootings and a year’s worth of hate crime statistics prove. At least four victims of the Atlanta parlour attacks were Korean-America and not Chinese, but the police officer who infamously shrugged off the killer’s motives had previously shared specifically anti-Chinese racist humour on his Facebook page.

Like all forms of hate, Anti-Chinese sentiments being aimed towards any and every person of partially Asian descent aren’t a U.S. phenomenon. In Toronto, independent journalist Morgan Yew has been filming conversations with anti-mask and anti-lockdown protesters since last October. During one demonstration at Yonge and Dundas Square, an attendant told him, “You’re Asian. You either hate Communism as an Asian, or you’re a Communist puppet as an Asian.” The demonstrator also espoused “Alpha Male” rhetoric and brought up his ex-girlfriend, as racism is nothing if not intersectional with the Manosphere. (Fun fact: The Alpha Male theory was largely disproven by the researcher who popularized it.)

In another demonstration, a man interrupted Yew’s interview with two teenagers from The Line Youth League — an anti-mask and anti-lockdown group for adolescents — to tell him, “you’re from China, man. Who gives a fuck about you? You’re from The Communist Party.”

“At the root, I see a lot of anti-Asian sentiment in the way the anti-lockdown community portrays covid as a China virus and in visual comparisons to it being part of a global plot of the CCP,” Yew stated about his experiences documenting anti-mask and anti-lockdown protests.

People Can Be on The Wrong Side of Anything

The Wuhan National Biosafety Laboratory does study novel coronaviruses. Historically, many coronavirus variants discovered before Covid-19 had also emerged from Wuhan, so the fact that there was a lab-created in a region where new ones were likely to emerge is far from out of the ordinary. If anything, it actually proves that the lab was necessary.

But The Wuhan lab is far from the first scapegoat for a conspiracy theory that expanded to fit the narrative of emboldened authoritarians who needed an excuse to act upon deep-seated racism.

Before Covid-19, the last real virus scare in North America was the Ebola outbreak of 2014. Being that Ebola, much like the 1980's AIDS crisis before it, had ravaged African populations before spreading in the Americas, it became a perfect opportunity for online hate communities to display sociopathic glee at the deaths of anyone who wasn’t white. White supremacist-adjacent communities like the subreddits r/goebola and the preexisting r/greatapes and r/coontown were able to grow relatively quickly by posting constant Ebola updates, often in the form of cheering on the spread of the disease. Unlike hate communities in the peak of the AIDS crisis, these communities had the advantage of being both public and anonymous thanks to the age of the internet.

Although communities like r/goebola were almost completely void of even attempting the understanding of medical science, there was a rhetoric that, despite Ebola’s deadliness to people of all races, it was beneficial to the Aryan race because of the time being, it was mostly killing black people. To them, Ebola was something to be both blamed on and suffered by African people.

As a disease that originated in Africa, this was an obvious reality for even the idiots of Reddit and 4Chan’s alt-right precursor communities. That didn’t stop some of them from taking credit as though they had somehow triumphed over Ebola.

As r/goebola was perhaps a year too early to arrive on the scene of alt-right Reddit communities, its numbers stayed in the hundreds for most of its lifetime. If the community had tried to hide its racism behind dog whistles like some adjacent subreddits, it’s hard to say how it would have fared in the Gamergate era.

However, Ebola racism did make it to mainstream Conservatism in the United States. In October of 2014 Todd Kincannon, the executive director of the South Carolina Republican Party, advocated, in no uncertain terms, for executing Ebola patients. Kincannon stated in a barrage of tweets, “There’s just no other way with Ebola. We need to be napalming villages from the air right now.”

Kincannon’s targeting of “villages” and his blaming of “the people of Africa” were very likely comments rooted in anti-black racism. Kincannon had a history of bigoted Tweets by that time, including a Tweet making fun of Trayvon Martin for being deceased in 2013. His hate was not limited to deceased teenagers and deathly ill virus patients. He also commented on the Ray Rice domestic abuse scandal that year by stating, “I hope the dumb bitch who initiated physical violence with her NFL player fiance learned a good lesson when he justifiably beat her ass.”

In 2015 Kincannon was arrested for domestic violence and suspended from practising law. In 2018, he was arrested after murdering his mother’s dog in the name of God and Jesus. The arresting officers found him shirtless, covered in the dog’s blood. According to police reports, he told officers that he was “the second coming of Christ” and “God told him to do so”. Kincannon said that the killing was part of a sacrifice that God specifically told him must be done every 1000 years.

Speed Round: Racism and Other Historic Diseases

Just as their descendants would blame China for Covid-19, European settlers in Canada and the United States blamed China for smallpox as well.

In reality, China was many years ahead of Western medicine in preventing smallpox. In fact, Variolation — the practice of either snorting smallpox scabs from victims (gross times call for gross measures), or else rubbing them on open wounds to contract a weakened version of the disease — was first recorded in China.

As we find ourselves often saying today, Canada was not necessarily much better. In 1892 an outbreak of Smallbox in Calgary led to authorities creating an intentional divide based on race, even going so far as to burn down a Chinese-owned laundromat.

Even the response to Indigenous populations suffering from Small Pox from newspapers could be to outwardly mock them. In a University of Toronto essay Kiran Van Rijn wrote about a British Columbian newspaper:

When the editor of the DailyBritish Colonist wrote, “Lo! the poor Indian!”, he was merely patronizing the very real suffering of First Nations throughout the colony; we could hardly imagine him writing, “Lo! the poor White Man” if the disease had been wreaking the same havoc on the colonial population.

The DailyBritish was truly the r/gosmallpox community of its time.

Pandemic racism is not a North American phenomenon. During the Bubonic Plague Epidemic, Jews were often blamed for creating it, as they would be blamed for pretty much every disease until the present day. Ryke Greed Hamer, a disgraced doctor and the founder of the German New Medicine (GNM), actually blamed all human diseases on a Jewish conspiracy until he died in 2017.

You know all of those people on your social media feed claiming that Bill Gates is implanting microchips in the Covid vaccines? Well, Hamer was a big proponent of that. In 2009 he alleged that Jews were sneaking microchips into Swine Flu vaccines and that HIV and AIDS weren’t real. The year prior, he used falsified documents by a well known Holocaust-denier to defend his opposition to chemotherapy.

Most of Hamer’s ludicrous medical garbage inspired by Nazi war criminals was never proven. His medical license was revoked in 1986 and two of his followers served prison time for nearly killing their child before the German government intervened. But despite all of this, his teachings are alive and well in North America with holistic practitioners continuing to proudly invoke his name. German New Medicine U.S.A. connects patients with practitioners versed in Hamer’s teachings in six different states. New York Times bestselling author and Covid-19 skeptic Kelly Brogan has hosted lessons on GNM by one such practitioner on her website.

The anti-Asian sentiment isn’t the only type of bigotry that’s spread like wildfire under an umbrella of Covid-19 misinformation. White nationalist and white supremacist groups, usually citing anti-Jewish and anti-Muslim motives, are keen on making their presence made whenever and wherever anti-vaccine conversations occur.

I attended a broad purpose Covid-denial rally on Feb. 14 on Ottawa’s parliament hill featuring some well-known hate leaders and convicted hate speech perpetrators, who spoke about — among other things — immigration. But like most other conspiracy rallies, the event was largely portrayed as simply an “anti-lockdown protest”. Anti-lockdown activism was certainly a driving factor to many attendees, but it wasn’t the driving factor for all of them.

This is nothing new, and for many in Canada it took the use of tiki torches — an appropriated symbol of white supremacy — and imagery of the Unite The Right Charlottesville rally to treat anti-lockdown protests as an outlet for extremist activity.

Many white supremacists maintain that Covid-19 is not a real virus, but merely a facade to bring about The Great Replacement. This can include a fear of replacement through immigration of non-whites (as hinted by the above picket sign) a fear of forced religious conversion utilizing making people wear Burqas, or even that Trudeau himself is a Muslim extremist.

Responsibility In The Pipeline

When the reality of a post-Covid-19 world settles in across the world as it did for Wuhan last Winter, we’ll all want to move on from our pandemic days quickly. It won’t be an easy transition for anyone, but for the vast majority of people, it’s going to be a very welcomed one.

When it comes to bigotry, one challenge is going to be remembering just how fragile we were during a time where there was a petty excuse for giving in to hate. The habit that non-extremists fall into, that of deliberately associating the words Coronavirus and China, should not be forgotten. Whether intentional or not, it gives oxygen to the rhetoric used to further the cause of bigotry. And just like the racism that was let loose from pandemics before us, we’re going to have to at least try to learn from our failings.

Coronavirus graphic modified for use created by Muhammad Naufal Subhiansyah.

For frequent updates, writing published outside of Medium, and a place to send hate mail, check out my Twitter here.