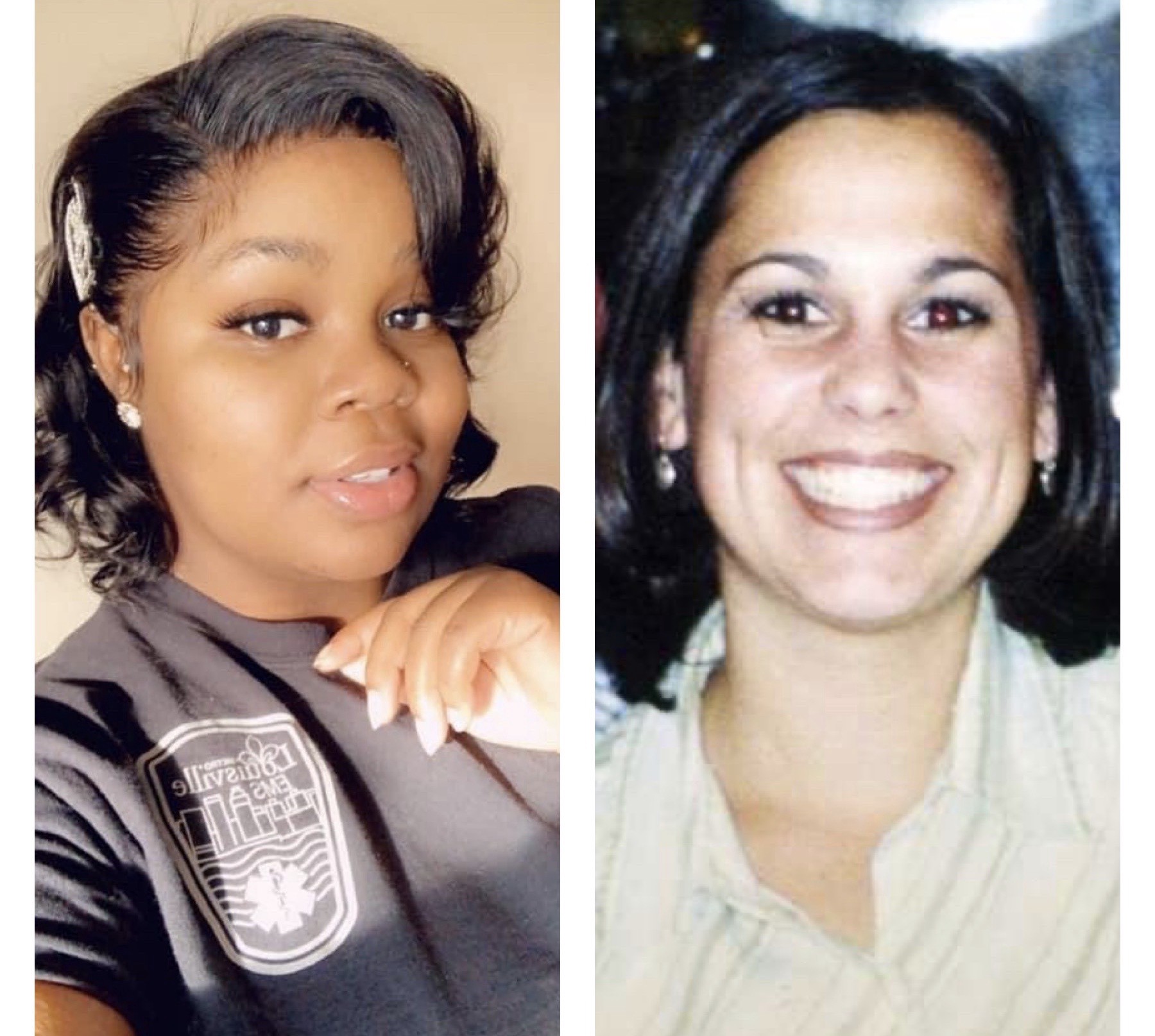 Laci Denise Peterson, a substitute teacher, was last seen alive on December 24, 2002, in Modesto, California. A nationwide manhunt ensued when she disappeared from her home that eventually led to her own husband, Scott Peterson, who was found responsible for her disappearance and murder. She was eight months pregnant at the time of her death and was only 27-years-old.

News of Laci’s disappearance quickly made national headlines. The entire country was horrified to learn that this beautiful young woman went missing on Christmas Eve, just weeks away from giving birth to her son, Connor.

Americans tuned in to the news each night for the latest updates on the search for Laci. Many citizens in and around the Modesto area who had never met her volunteered to join search parties to find her.

From the moment her step-father reported her missing on December 24, 2002, until the unfortunate and gruesome discovery of the bodies of her and her son at Point Isabel Regional Shoreline on April 14, 2003, there was constant police activity, round the clock media coverage, interrogations, investigations, family interviews, primetime news show appearances, and persistent calls for justice and closure for Laci’s family.

The world felt just as it should because what happened to Laci Peterson was completely devastating and every family’s worst nightmare.

Instead of looking forward to the birth of her grandson, Laci’s mother, Sharon Rocha, had to plan not only his funeral but also services for her only daughter. No mother should have to feel this type of inconsolable pain. Burying a child goes against the natural order of life and we all mourned with Sharon for the loss of her beloved Laci and Conner.

Breonna Taylor, a 26-year-old EMT with aspirations of becoming a registered nurse, lived in Louisville, Kentucky with her boyfriend Kenneth Walker. Just after midnight on March 13, 2020, she and Walker were awakened by violent banging on their door. When they called out to inquire who was outside, their calls went unanswered.

Instead, the door was broken off its hinges with a battering ram by three plain-clothed police officers who did not identify themselves. Walker, a licensed gun owner, assumed the men were attempting to break in and fired one shot towards the officers, injuring one of them in the leg.

After Walker’s warning shot, the officers proceeded to fire twenty rounds into the apartment. Breonna was struck eight times and was fatally wounded. Police left her body in her hallway while they attended to their fellow officer’s non-life-threatening injuries.

The officers alleged they were executing a “no-knock” warrant for Breonna’s ex-boyfriend, Jamarcus Glover, under suspicion of drug possession, however, he never lived in the home that she shared with her current boyfriend. Several witnesses, including Kenneth Walker, maintained that the officers blindly shot into the home and made no attempt to confirm if Glover was even at the location.

There was no immediate public outcry for Breonna’s murder. In fact, it wasn’t until the murder of George Floyd by police in Minnesota on May 26, 2020, that Breonna’s name finally began to circulate throughout the public and media outlets.

For months Breonna’s mother, Tamika Palmer, had to deal with losing and burying her daughter without justice or even acknowledgement of her death outside of her own community.

In the aftermath of Breonna’s murder, there was no nationwide empathy for her family, no groups organizing to fight for justice, no interviews, no interrogations, and no reprimand, arrest, or charges filed against the three officers who committed this heinous crime. All three currently remain as free citizens with no inclination that any of them will have to answer for Breonna’s murder.

When examining these two women who were viciously taken in the prime of their young lives at roughly the same age, a glaring and troublesome observation comes to mind.

In the case of Laci Peterson, it made sense that all people, regardless of ethnicity, would be overwhelmed with grief upon hearing of her dreadful fate. Only a heartless sociopath could be indifferent to learn that a young, pregnant woman was brutally murdered weeks before giving birth.

This is why when we hear Laci Peterson’s name, we immediately feel a catch in our hearts because we know what ultimately became of her and her precious unborn son.

But when it comes to Breonna Taylor, the emotions are quite different. There is no collective sympathy from the entire country, with most efforts to keep her name in the media mainly orchestrated by the Black community. Recently, media mogul Oprah Winfrey featured Breonna on the cover of her “O” magazine, making her the first person other than Oprah to ever be featured.

She has also purchased 30 billboards in Louisville to bring further awareness and to continue making the plea for the three officers involved to finally be arrested and charged with Breonna’s murder.

As a Black woman who also has a 27-year-old daughter, it is unfathomable to me that when a young Black woman is killed, our community must FIGHT, PRESSURE, MARCH, PROTEST, and risk life and limb just to receive justice. What does that say about the worth of a Black woman’s life in this country?

How do we as Black mothers assure our daughters that their lives DO matter and that this society cares about their safety as much as it does about the preservation of White women?

What do we tell them after we make every effort to validate their irreplaceable existence and compete for their recognition, knowing their worth falls behind White and Black men, White women, women of other ethnicities, and in some cases even animals?

How do we comfort them if they can turn on the television or surf the internet and see an innocent, unarmed, young Black woman murdered by those who were sworn to serve and protect her?

Laci Peterson should be alive today. She should be enjoying her son Connor who would have been 18-years-old and undoubtedly on his way to college. Her mother should have had the privilege of watching her daughter raise her own child and soak in the joy that comes with being a first-time grandparent.

Breonna Taylor should also be alive today. She should be enjoying her new car, spending quality time with her family, continuing her work towards becoming a registered nurse and simply having fun like any other 27-year-old young woman.

Kenneth Walker should have had the opportunity to create a life with the woman he loved. Perhaps they would have married and started a family of their own one day.

Breonna’s mother should have been afforded the blessing of watching her oldest daughter grow into everything she dreamed she would become.

Both of these beautiful souls should have been allowed to live out their dreams and both deserved proper justice in the eyes of the law. Unfortunately, this is where their stories go in two different directions.

Laci’s murderer, her husband Scott Peterson, is now on death row after being convicted of her first-degree murder and the second-degree murder of their unborn son. This is how it should be.

Breonna’s murders are still free and have yet to spend one minute of their lives behind bars or to be charged for the loss of HER precious life.

America, is THIS how it should be for a Black woman in this country?