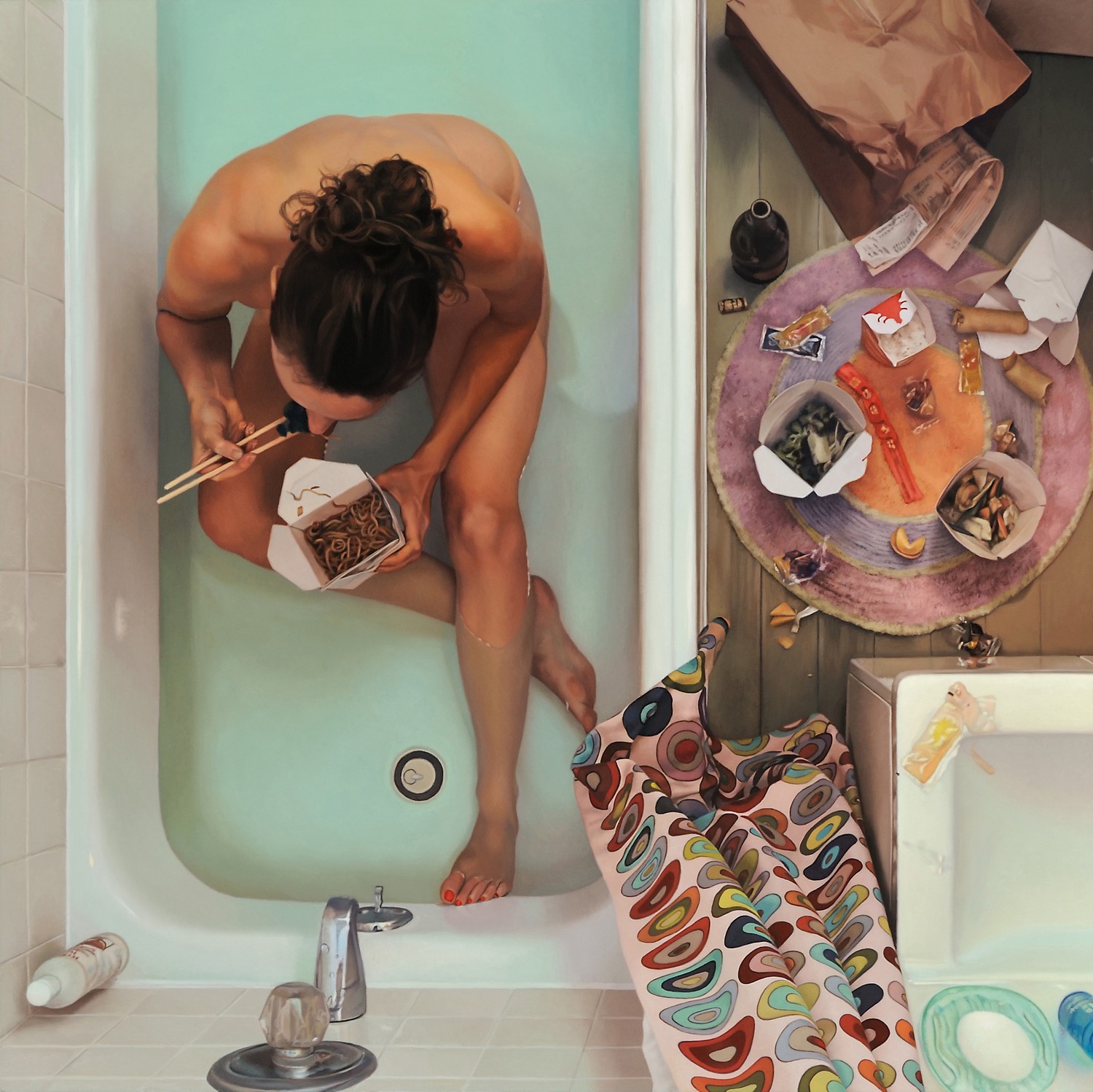 Lacking control over what the universe presents to you doesn’t mean you’re obliged to carry the same meaning & concept upon yourself.

Dealing with my depression has always been in the same course of spiral: I’m “shut down” towards everything, including myself. The meaning of my existence shrinks into what you could picture as the insides of my mind being the abyss in its every bleak layer.

I’m lethargically entrapped within my room as the walls feel like they’re closing in on me. Then gradually, my misery washes all over me, as I’m left to the loop of thoughts and heavy feelings stuck on fucking repeat, which I’ve eventually become adjusted to. Just like that, I lie there becoming one with the void. Unresolved stages in my life have shaped me into someone that I apprehensively disliked and was knitted to lingering feelings of both pain and longing, and even worse, despair.

Due to this, I also grew accustomed to isolating myself in the bathroom for hours on end. Back then, that’s the only place where I could smoke. My convenient “tobacco sanctuary” for cancelling out the world in attempts to fixing & finding my own. I’d dwell and dwell with each cigarette. Spark one after the other. Take a sip from a drink in-between puffs. Until half of the pack is emptied and a copious amount of time was wasted that I eye myself in the mirror — “What the fuck is wrong with you, dude?”

It got severe when I’ve hit rock-bottom a couple of times, and at one point when it got dangerous, I, remarkably so, was finally fed up with wasting myself away. I chose to take small but impactful steps in flipping the script. I looked at what wasn’t satisfying me in my life. The first thing I realized and stopped lying to myself about was my major.

“One small step for man” and one semester away from graduation, I decided to shift from English Literature to Clinical Psychology. I’ve always been passionately drawn to the field, yet I was constantly discouraged from going for it by being told that “it’s for the crazy ones”. So be it. I’m willing to be deemed as one of them.

With the last shred of sanity left in me, I insisted on going against everyone and everything that stood in my way. My family, my university, and mainly, against my immense fear and regret of being a late graduate. I even pushed through the remorse of not working on my mental well-being any sooner. With that, I don’t regret going against the grain, as it should’ve been done upon the first glance at passion — for anything we gravitate towards, really.

I defied everything for the sake of going after what I valued and found purpose in, which was the first meaningful step I ever took.

Besides my fixation on the human condition and psyche, and getting to learn and flourish in its knowledge, I enabled myself towards a path I know I will excel at. More importantly, I utilized the worst and most vulnerable parts of myself in making sense of what they entailed, and with time, altered them into something useful.

I took this multilayered experience of suffering as a personal reference in making me capable of helping myself and others, while genuinely resonating and empathizing with their pain. By conjoining between my experience and my education, and through trial and error, I got to overcome most of what I’ve endured in my life as I conceived this new resilient notion towards them.

There remains this complicated part of me that isn’t yet fully alleviated. I still find myself locked in isolation now and then, but rather than flirting with melancholy leading it on to getting me screwed, I indulge instead in its presence only. I allow these feelings to surface, as ugly as they may be, and in return, I contemplate its ways of lending me the expansion of self and finding solutions and meaning for it.

Each moment, I remind myself that I attract what I allow to fill my mind and heart with. I get to steer the wheel and choose where to go with whatever life presents my way. And even when I find myself lost, I revel in these long ass rides until I’m back on track once again.

The awareness of mental health is growing in perspective, as today’s generation is becoming more attentive and quite empathetic. Being exposed to eye-opening materials of subjects concerning the self, and its relations with others and the world lends us the opportunity to look into ourselves in the name of betterment — in a more realistic fashion to better channel and utilize our psyche & emotions, and in making sense of that altogether.