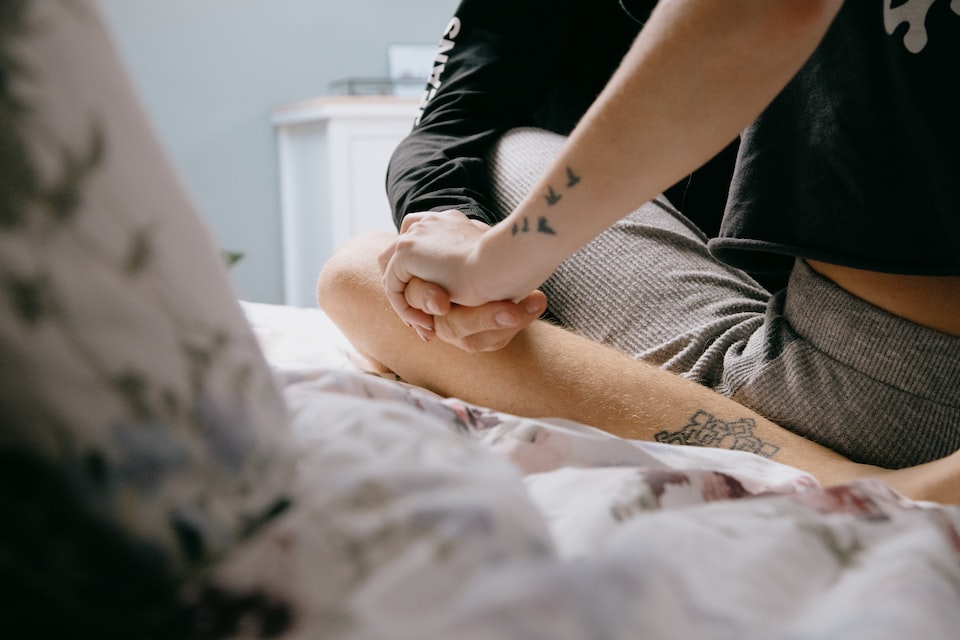 When you’re trans, you get asked a lot of questions about your transness. Like… a lot. Some are by well-meaning or malicious people on dating sites, others are from overly… inquisitive cis people, and if your documents don’t “match” your appearance, there’s a lot of accusatory interrogation, too. Don’t get me started on TSA and the DMV…

Anyway, as you can see just from these little but frequent examples, being trans takes a shitload of emotional energy out of you. When you have to justify and explain who you are to everyone who feels like they’re entitled to an explanation for you, it gets really tiring. Sometimes, it’s to the point where I question my own identity and if I’m “valid,” as a lot of therapists and Kanken-clad queer people like to say. That’s when I discovered something pivotal, something so simple that I feel like I need to repeatedly discover and solidify in my head.

“I don’t owe you an explanation.”

I’ve struggled so much with learning to love myself, getting to the point of feeling justified in my own experience and creating a life I want for myself, and a lot of it had to do with taking outside input to heart. In reality, all those people can go fuck themselves, to put it in a way that feels most true to my heart.

This isn’t to say that it’s necessary to never tell anyone anything. If you feel like you want to have a heart-to-heart with your parent(s) or sibling(s) about it, that’s fine. In fact, I’m so glad that I was able to do that with my mother because now we’re very close. She even lets me borrow her makeup and any clothes that fit (though it’s hard for size 8 me to slip into a size 00–0…).

However, while my father is still getting there, I subjected myself to conversations that were more like interrogations without any real aim for a resolution. Instead, it was like he was trying to get me to admit that I was wrong and that he was right, saying I should return to being a boy. He wasn’t trying to understand me, but rather, trying to convince me my truth was wrong, incorrect, and repulsive.

So, y’know what I said? Well… Nothing, because every time the discussion happened, he acted like it didn’t and I had to do it over again. Luckily, the last time, he seemed to understand more. We actually ended up connecting more and he seemed much more apt to listen to my responses.

Also, his questions were less accusatory and more pointed towards really understanding me and being okay with not understanding me. However, was it worth the 2+ years of being interrogated on an identity that I hadn’t even figured out? When “I don’t know” was not only not a good enough answer, but made me a failure in every other aspect of my life to him? I don’t know! But what I know now is that I could’ve just said a big (yet politely worded) “fuck you,” told him to really do his research, and then talk to me.

Kindness towards others does help, honestly, but when people are being overly invasive, it’s up to you to make that call if you’re trans whether or not you want to pop off, ignore them, or take the time to explain to them why what they asked or did was wrong or offensive. We’re so often told that because our stories are so unknown, it’s kind of like we owe it to cis people to let them in on our experiences, whether that entails being asked about our love life or what genitals we have. In reality, though, we don’t owe them that. We don’t owe them anything! In fact, they owe it to us to be respectful enough to not ask questions they’d never ask their cisgender friends.

If you’re cis, think about it this way. Imagine if someone went up to you and said: “Oh, I noticed that you have small boobs. Are you going to get implants?” Or, if you’re a cis guy: “Hey, I was just wondering. I don’t mean to be rude or anything, but like- Do you have a penis? If so, how big is it? Does it work?” If you’re gay, I’m sure you’ve heard this and understand where I’m coming from, but if you’re a cis-het couple, would you feel comfortable answering the question, “So how do you have sex? Who does what?”

Don’t these all sound bad in a cis context? Yeah, I thought so, so please don’t ask these questions or things like it to trans people! What they have going on is none of your business, and it makes us feel very objectified and dehumanized.

I myself can’t answer many of the more personal mental and physical questions I’m asked. Sometimes it’s not because I don’t want to, but because I really don’t know the answer myself. Cis audiences didn’t think that that was enough or acceptable. My dad even accused me of lying, saying I was most likely a girl, and being nonbinary was a cover-up when I really just didn’t know. Instead of closing my walls, there were times where I tried to explain myself, even if it meant telling people about what surgeries I intended to get if I wanted to do hormones or whatever else.

If you’re fine with telling people that, go right ahead! But if you’re trans, don’t feel the necessity to do so just because a cis person is asking. Obviously, their intent matters, but even if Mother Theresa was asking you, you wouldn’t owe her shit either! If you want to disclose the information, that’s up to you, not them. Your transness is not something that needs explanation.

We’re questioned every goddamn day about our identity, to the point of where we’re just talking points for most people instead of whole humans. I’m sick and tired of being objectified and people feeling like they have the right to my information. I’m a person, just like you (unless you can’t do Captchas), and just because I don’t fit society’s canon doesn’t mean that you have the right to scrape up every little detail about me that’s outside the cis-het norm. My clothes, genitals, and trans identity are only as much of your business as I make them.

My life doesn’t need an explanation. I don’t need to justify myself to others just to feel like I can exist. I’m here, I’m me, and that should be enough.