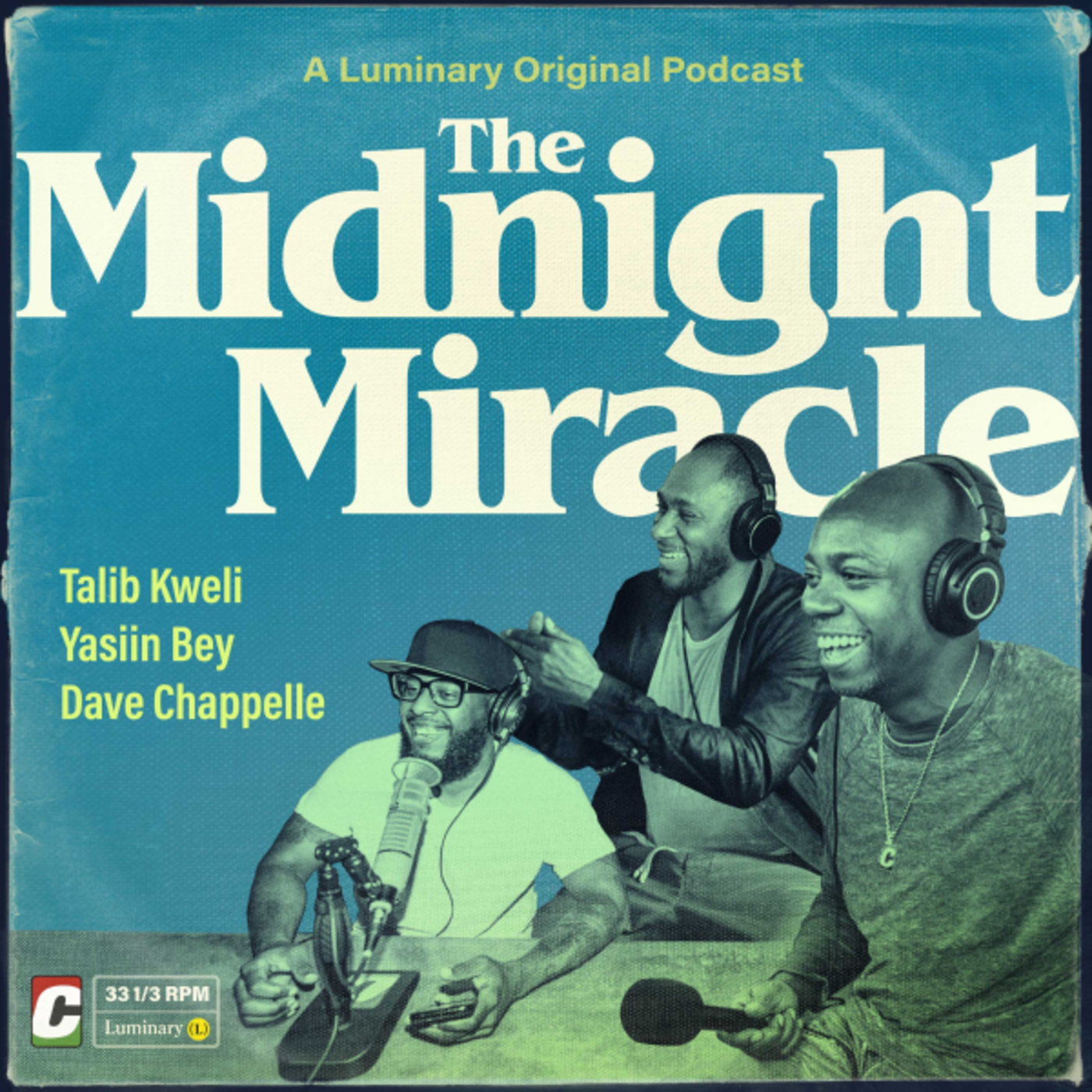 The Midnight Miracle is a podcast that is produced and hosted by Dave Chapelle alongside Talib Kweli and Yasiin “Mos Def” Bey. At the announcement of a podcast by Dave Chapelle, I was ecstatic. Safe to say I’m a huge fan of Dave Chapelle and used to joke that I could sit for hours just listening to him speak.

With the first episode dropping, the 23-minute episode touched on inspiration. Specifically, how to inspire someone to live. Dave Chappelle's gravel voice begins the podcast with a prayer and thereafter begs the question:

How do you keep a despondent person alive? How do you make somebody want to live? Is there a thing that you can do for someone like that?

The conversation followed included anecdotes of the late Amy Winehouse and Robin Williams who took their own lives. Both Winehouse and Williams suffered their own battles with substance abuse and depression, this was a well-known fact. When the news of their suicide became public, the world stood still — at least my world did.

When we touch on the subject of suicide, especially when the individual struggles with depression and/or substance abuse, the difficulty isn’t figuring out how to inspire them but it’s more on wondering where their headspace is at that moment.

In asking how when talking about suicide, the honest answer is no one knows. There’s almost no way of knowing because they’re in that world and surrounded by those thoughts. Someone like Williams who spent his career making people laugh couldn’t find solace.

You realise the thing that matters is others, way beyond yourself. The self goes away. Ego, bye-bye. You realise that there are a lot of amazing people out there to be grateful for and a love in God. Other than that, good luck. — Robin Williams

Amy Winehouse was at the height of her career and no matter how aware she was of her addiction, still couldn’t walk away because that’s the crowd she stayed around. So how? There’s almost no solution because you can’t force someone to get better unless they want to. My family spent years forcing my uncle into rehab facilities but it will never work unless he wants to change.

The trouble is that we as a society think that suicide can be fixed. In a way, it can but there are many different factors involved. Societal, psychological and cultural factors can lead to one’s suicide that no one can control. Speaking about it doesn’t always help and surrounding yourself with people you love isn’t always the answer.

However, what’s missing from the equation is empathy and compassion. It doesn’t matter if we have all the answers to tackle mental illness because it won’t work without a little empathy. We’re in a world so focus on ourselves, ego and pride, that we forget to have a little empathy for those struggling around us. Everyone wants to be understood, it makes the world a little less lonely and even more so for those contemplating suicide.

It doesn’t make a difference if we find a way to prevent suicide if we lack compassion. If Winehouse’s suicide was preventable, would the press continue to attack her for her looks as she battled her addiction? I remember the outpouring of love that she received when she passed and yet that love was nowhere to be found before she passed. There’s probably no real way that we can find how to prevent suicide or how to inspire someone to live but if there’s a practice in kindness and patience, it could go a long way.

As Dave Chapelle closes this episode, he expressed that neither does he know how to inspire someone to live. Instead, he gives us a reason to hold on to the next episode. “The next time I do this show, I’ll tell you how to live…and if you can hang in that long, my God, there’s the next time.” I think that’s the beauty in it all, that we’re all hanging on to the “next time.”

We may never know who’s suffering and crying out for help, but if we’re able to give them a reason for their “next time” that’s the answer to the question of how. The beauty is that it could be something so simple as Dave Chapelle’s new podcast that gives listeners something to hold on to or simply just being kind. There are endless possibilities and nothing’s too great or too small.

When Chapelle was promoting the podcast he said, “The Midnight Miracle gives you a look into how I and my friends process the world around us, and I think it will change the way listeners think of what a podcast can be” and this introduction to what this podcast will be will change everything.

From production, editing, music and conversation, it’ll definitely change the game of podcasts. It doesn’t have to be hour-long conversations that make a good podcast but the quality of it. In having Amy Winehouse’s Love is a Losing Game playing while Yasiin “Mos Def” Bey talking about her, to snippets of Robin William’s interviews talking about depression creates an experience.

I didn’t go into that much detail neither do I want to. I fear that it’ll rob you of the experience of The Midnight Miracle because there’s no way I could describe it either. I’ve tried podcasts and I always thought it wasn’t my speciality but of course, it just took the right people to make me listen.

Needless to say, this is just the beginning and the topics they will touch on in the future will be just as riveting, inspirational and educational.