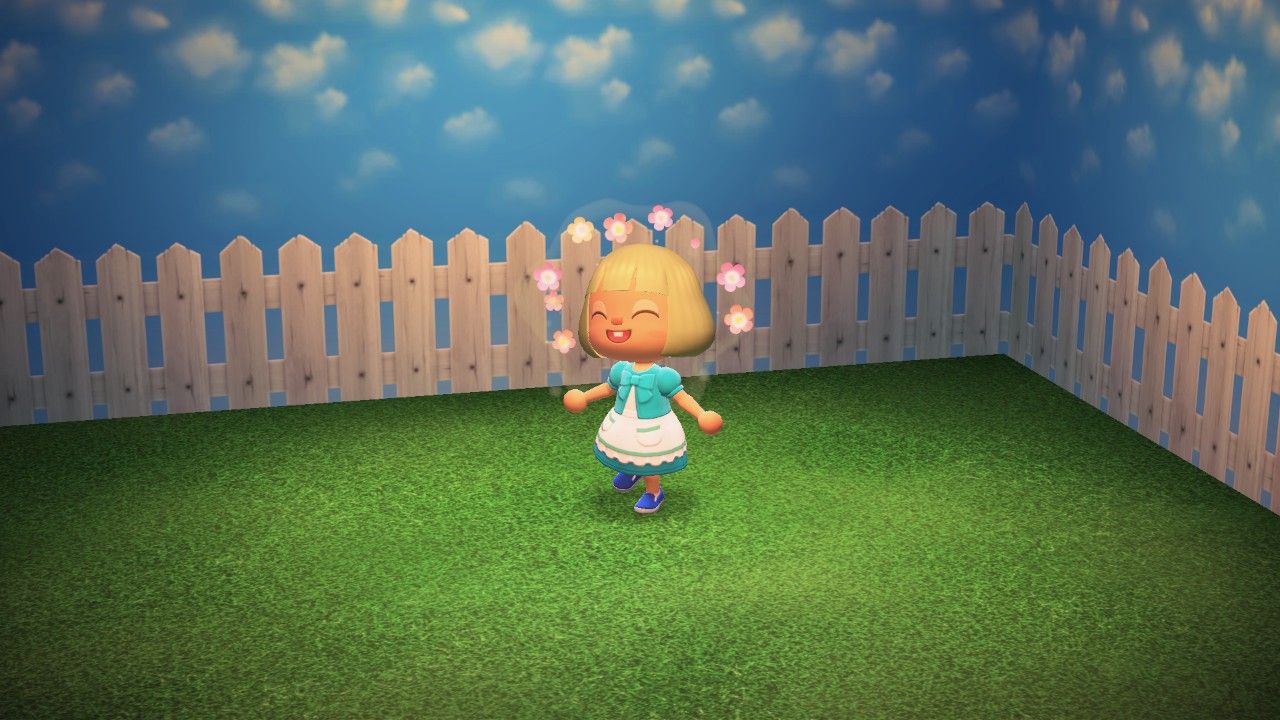 Lynn Chen is an actor with over 50 credits in TV, Films, Audiobooks, and Video Games. She made her filmmaking debut with the 2020 SXSW film "I Will Make You Mine," currently streaming everywhere now.

We are two people and a dog, and we live in a two-bedroom apartment in Los Angeles. Which is more than fine. But in June 2020, it was not. That summer, the office where my husband Abe spends all day editing two TV shows was overheating from the direct sunshine and computers. There was no space outside to just sit and breathe, without masks on. Someone was always walking by, someone’s kitchen window was always to our left or right.

Abe and I toyed with the idea of moving. Maybe subletting our place for a few months and going east, maybe buying a home with a yard somewhere in Los Angeles. But as the number of COVID-19 cases grew, and the real estate market got more and more competitive, we realized it wasn’t a reality.

So I decided to escape, virtually. I purchased Animal Crossing New Horizons somewhat later in quarantine, after watching everyone we knew talking about things like “turnips” and “bells.” I didn’t understand what they meant, and I didn’t know what the point was in a game with no villain to beat.

I created my character (“Julius”) and named my island (“Gohanna”) and wandered around my empty island, frantically mashing all the buttons on the controller — something I often do when I start a new game. I wondered why there were glowing holes in the ground and random animals handing me oddly specific articles of clothing. I made rookie mistakes, like building our museum too close to a resident’s home, or eating fruit every day because I thought it was giving me enough energy to run.

But as the days went on, things in this virtual world started to make sense. It was predictable, it was controllable. I realized this was the space I was looking for. Beaches I could fish on. Oceans to swim in. Rocks to hit. Grassy fields I could run through. Trees to shake. Bugs to catch. Furniture to build.

My directorial feature film debut I Will Make You Mine was supposed to have had its World Premiere at SXSW in March, and since that festival was cancelled, I immediately set up a screening room in my ACNH home.

I uploaded the movie’s poster with a QR code and kept the film projector permanently on — to remind me it wasn’t just a dream. That what I spent the last three years working on was real, even if I didn’t have a physical audience to share it with.

Being part of this virtual world was its own love language, scratching my quarantine itches, hitting the same bells (pun intended) and whistles that I have been longing for in my real life. It took me about half a year to create a 5-star island and expand my virtual dream house. I watched YouTube videos for tips, stalked Instagram accounts for design inspo. I have invited my niece and nephew over to explore, I have visited strangers’ islands to sell turnips and trade crafting recipes. I have become a multi-millionaire.

I caught a shark. In real life, I spend 8–10 hours on the same couch with the same four walls. On Gohanna, I change my wallpaper and rearrange the furniture daily. I switch into multiple outfits a day — from sequin leggings to wooden clogs — things I would never wear outside during a pandemic (let alone in the snow, carrying a shovel).

Holidays in ACNH did not disappoint. Rolling snow-boys, shaking ornaments, catching snowflakes, collecting gifts to send others — it all culminated in staying up waaaaay past my quarantine bedtime on December 31st, to watch the fireworks go off.

But then, once the new year began, I didn’t feel the need to visit my island daily. After a month, I finally logged on to take down all the Holiday decor, shoving it into storage and changing the Christmas tree farm I had built into an outdoor music hall. Many weeds had amassed in my neglect, and my neighbors were pissed off that I hadn’t visited them. It felt very satisfying not having to deal with any of it. I could ignore them, powering it all off.

Maybe I grew bored, or maybe I just don’t need it the same way I did in 2020. Gohanna gave me the space to explore my life goals in the most adorable way possible, but I’m ready to actually live them now — even if I still can’t actually go anywhere.