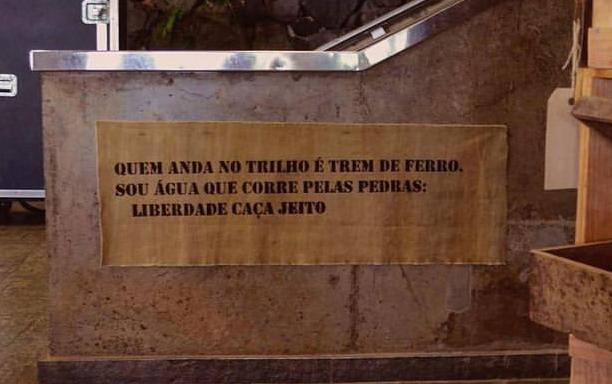 Once, I was talking to a colleague. We were discussing sexism, and how this is a type of discrimination that should have never existed. We agreed in certain aspects, like the ones regarding pay equality, and the importance of having more women occupying majorly male spaces.

As the conversation advanced to how women are objectified and judged for their appearance, even in occasions in which this feature would have never been taken into consideration if there was a man in her place, came up.

And then, he said something that made me think a lot: he told me there were certain situations where women can “take advantage” of such a reality. He said that, once, his classroom had to divide itself into groups, and a person was missing to complete his.

He and his friends weren’t sure about who they would invite and had only two options left: a “weird bearded guy”, or a girl. They chose her since their first option was considered ugly, and she was attractive.

In concluding his point of view, he even said to me that she was lucky and that she had taken advantage of the situation, since their group was considered the best, and because of her beauty, she was now a part of it.

But…where was this advantage, exactly? I considered the whole situation extremely problematic, and she definitely must have felt uncomfortable, to say the least, for having three guys picking her just because of her appearance.

Moreover, this story made me think about how much we as women pass through similar moments countless times during our lives.

We will always have our credibility affected by our appearance. If in the story, there were two girls instead of a guy and a girl, I do not doubt that “the prettiest” among them would be chosen, regardless of whether "the ugliest" was the most suitable person for the job.

At the end of the day, what matters about us in a misogynist society is always the external beauty. We always have to worry about the image we want to transmit because, at the slightest mistake, we can lose every effort made.

The most absurd in this whole thing is that those “slight mistakes” are diversions of what is imposed on us, and until this day, not wearing makeup on certain occasions is, in itself, a rebellious act. Because looking “messed up” before society’s eyes is a sign of weakness.

In the same way, wearing “too much” is also a sign of weakness; for the woman is seen as if she wanted to achieve her goals through her appearance and “seduction”. I really can’t find any advantage in it. Instead, I find myself unable to understand such an interpretation that defends worrying more about your looks than about what you have to say is an advantage.

However, some women are fond of wearing makeup and submitting themselves to aesthetic procedures, and that’s okay. What is being discussed here is about how much this will is imposed on us rather than a natural concern, and about how much women who don’t care about it are discredited.

Furthermore, some say that such an imposition of worrying about how you look as a 'natural woman' is another project of male domination in society. While we have to be extremely cautious to always have a flawless beauty, men care about “what matters” and keep, with their oppressive and discriminatory projects, leaving us without effective participation in public spaces.

We can never be too amazing though, for women who are “too groomed” are trying to seduce someone, and those who know “too much” are arrogant. In other words, our society will always find its reasons to exclude us the most from it.

In our reality, being considered a pretty woman is far from being an advantage, once such consideration, as well as being considered ugly, is only one of the many mechanisms of women’s discrediting.

To be taken seriously, we shall either spend hours in front of a mirror or at aesthetic clinics trying to fit in purposefully unreachable patterns.

Still, reasons will be found to question our efforts to do a good job. Even if a woman can fit in all imaginable patterns, she will still have to fight to be heard.

In conclusion, being a woman is a revolutionary act in itself. Being a woman means to wake up every day willing to fight small or huge battles against the patriarchy.

It’s knowing that your objectives will always be “way too big” in the eyes of those who are way too small to understand that we’re all worthy of fighting for our dreams. It’s understanding that what is seen as “female advantage” is nothing but an oppression mechanism.