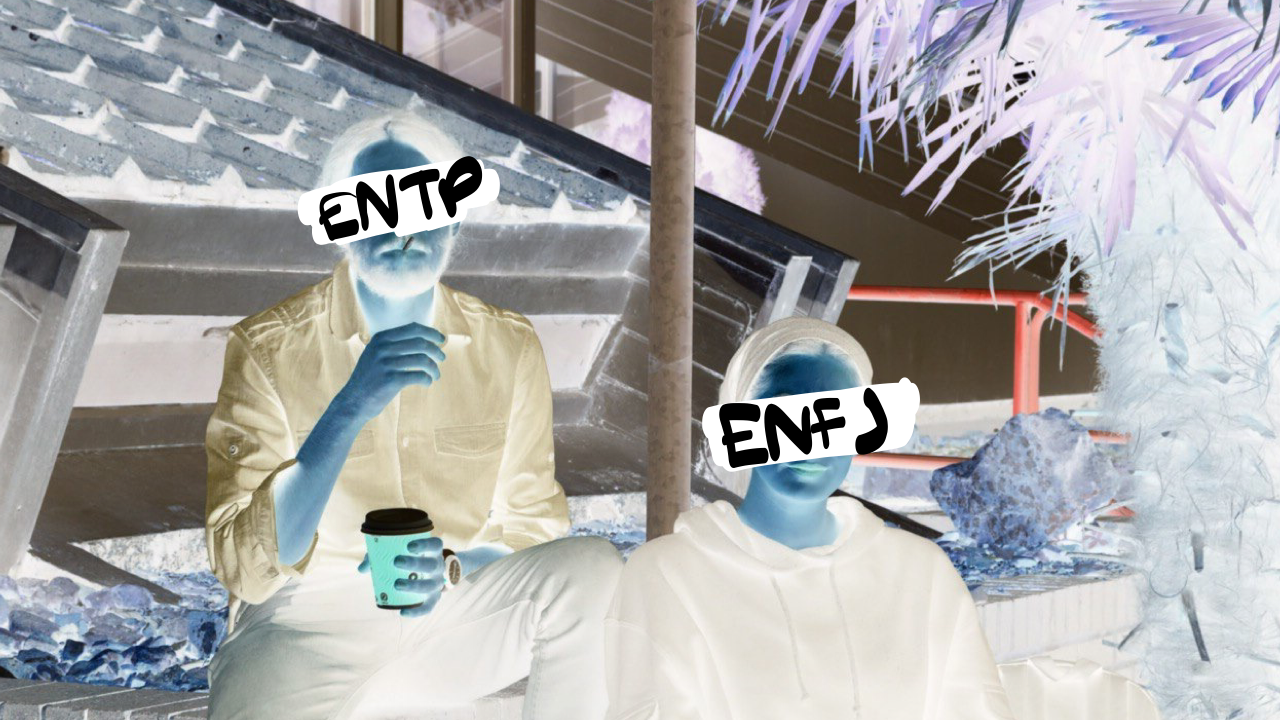 I vividly recall the first time I delved into personality tests. I was sitting on my bed at night, wondering if there were a metric that could quantify people’s personalities, and categorise people’s unique quirks.

Studying psychology at high school, I recalled encountering The Big Five personality test — which described how introverted, agreeable, or conscientiousness one was according to a series of statements they would rate from 1–5.

But I still believe as I thought back then, that this was too general to describe someone’s personality, and wondered what other ways we could capture something as abstract and subjective as an individual’s character.

MBTI consists of 16 personality types and depending on whether you see yourself as a rigid thinker, outgoing, or brash, your personality type determines the way you see the world.

Myers-Briggs are the names of Myers and her mother Briggs, who consulted Jungian theories of archetypes to create MBTI.

Starting with pure intentions, they were reportedly heavily inspired by the teachings of Carl Jung, who admittedly does not enjoy much the same legacy as his contemporary, Sigmund Freud.

They believed Jung’s theories, particularly his first-hand observations into personality detailed in his book ‘Psychological Types’, could genuinely contribute to a greater sense of self-awareness and understanding. Baring in mind that during the early 20th century when MBTI was being conceived, enquiries into self-development was becoming increasingly popular in both Western culture and the field of psychology.

MBTI soon became commodified when it found its place in companies to type people and accommodate their jobs according to their result:

An ENTJ — often described as “the commander” would naturally find her place leading people.

An ISTJ, feeling stabler with a sense of authority and committing to their duties, would be happier in a role where they would not have to make executive managerial positions.

The further MBTI sank in this capitalist direction, the further it strayed from the original intentions of Myers, Briggs and indeed, Jung. Though of course, it was always a pseudo-science due to being unfalsifiable and being founded upon anecdote, speculation and introspection. But the capitalism of MBTI inevitably led to a lot of misinformation about the original theories and principles it was founded upon.

It became more about isolating a personality type on its individual aspects, like an ENFP is an extroverted, intuitive, feeler, perceiver — than describing the cognitive functions which was the core of what Jung originally posited.

It was this version of MBTI I had encountered during my first foray, loaded with bias, misinformation, and price tags.

Either way, I discovered I was an ENFP and read a synopsis about my personality. I was sceptical because I have often struggled to describe myself, but somehow answering 50 questions presented me with a thorough character description that some of my closest family couldn’t even delineate.

Is this how people who believe in Horoscopes feel?

Despite the above, I still think there is something that strongly resonates between me and MBTI.

For many, it did. Although it seems to be based on nothing scientific, I insisted there had to be something true in all of this.

The fact I am highly intuitive explains why my poor memory, inability to be in the present moment, and why I am so excited about new possibilities. The fact my brother is an ENTP, where I am an ENFP makes so much sense, as his thinking is far more detached, whereas mine often considers people.

But the more I got invested in this surface-level understanding of Myers-Briggs, it still seemed like a simplistic analysis of personality. It still put people into boxes for unclear and arbitrary reasons.

Because my friend is an INFP and therefore introverted, does that mean he can never socialise in large groups? Are all ENFJs the same, and necessarily share the interests? Definitely not. I have ENFJ friends that can’t stand each other.

Still, I researched more about MBTI, enchanted with this mystic wisdom and its origins. I soon learned about Jungian cognitive functions, which was a lot more interesting and convincing.

From my understanding, one idea is that there are four fundamental “psychological types”, which everyone possessed, but in different priorities. For example, an ESTJ is not exclusively a Sensor or Thinker as the term implies.

In fact, their function stack reveals that their third function includes an Extroverted Intuition despite being a sensor.

There are 16 possibilities of function stacks— therefore explaining 16 personalities.

This threw my previous toe-in-the-water conception of MBTI out the window.

It explained to me so much about who I was in terms of my ‘functions’ — my strengths, like my Introverted Feeling responsible for having a strong sense of individualism and ethics, and rooms for improvement, like my Extroverted Thinking, responsible for putting my thoughts into actions.

I began to understand other people a lot more too, becoming all the more tolerant that people process the world in different ways and a healthy, confident version of any of these types, would have much to bring to the table. There wasn’t one correct way to be way, no character better than another.

It explained my relationships, and why I get on with certain people more than others. I was learning how to harness my weaker functions with other people, and they were learning how to utilise my stronger ones. It was a huge sense of relief, and I thought the uncanny resemblance to the lives of others was too exact to dismiss.

I wanted to type everyone, and indeed I did. It got to a point that I was able to know what someone’s type was before they even did a test.

“Trust me, being an ENFP, I have an intuition about people.”

I’d join Facebook groups, Reddit communities, and old forums discussing certain behaviours and traits of myself and others — to a frankly pathological degree.

That’s where I started experiencing problems, at the bottom of a personality test rabbit hole.

I realised that it became so part of my thinking that I had overlooked many of the initial disputes I had with discovering MBTI.

Reducing someone’s life, their memories, their stories, relationships, the things which make them who they are which occur entirely by circumstance. The traumatic childhood blossoms a great sense of self-knowing, the love from someone special which explains so much about who that person is. All disregarded for four letters.

It wasn’t founded in science, but I don’t think it necessarily needs to. There is a phenomenon called ‘scientism’, which is an unconditional or biased belief in scientific methods of enquiry over another, and as someone with a philosophy degree, I was more than lenient to entertain some good old-fashioned pseudoscience. I still vehemently hold that science is not the only true objective understanding of the world.

Fundamentally, the problem with personality tests encourages prejudice in the literal meaning of the sense, which is to judge someone’s personality before you have even really met them.

The idea that someone is an INFJ, and INFJs have often appeared duplicitous in the past to me, meant that I would approach INFJs with suspicion. But that logic is fallacious and similar to judging someone’s actions because of the colour of their skin.

Realising my year and a half obsession, I began to detach myself slowly from personality types knowing they can never explain an entirety of a person. I started asking for people’s names instead of pre-emptively judging their type.

But I still insist on some truth in Jung’s original ideas on personality types. At a time where psychology was wild and original, but now strictly focused on science, it is interesting to hear these ideas which can resonate with us over a century later.

I still believe that my cognitive functions describe something I struggled to explain for a long time, but I no longer rely upon this as a singular explanation for my and everyone’s identity.

Now, I take it all with a pinch of salt.

It makes sense that humans become so concerned with categorization. It is the way we think and processes the world, and personality types more than anything exemplify this to me.

What has generally stuck with me is the idea that there are so many personalities, whether we want to define them under a type or not. This plurality is a necessary component of our social fabric, where we are all dependent on each other to grow, learn each other’s strengths and weaknesses, experience social chemistry, or lack thereof.

A human being, I have since learned, is something more infinite, intricate and perpetually evolving, than any kind of quantification could capture. Despite the categorical nature of personality tests, without going down the rabbit hole, I don’t think I would’ve found this conclusion at the bottom.