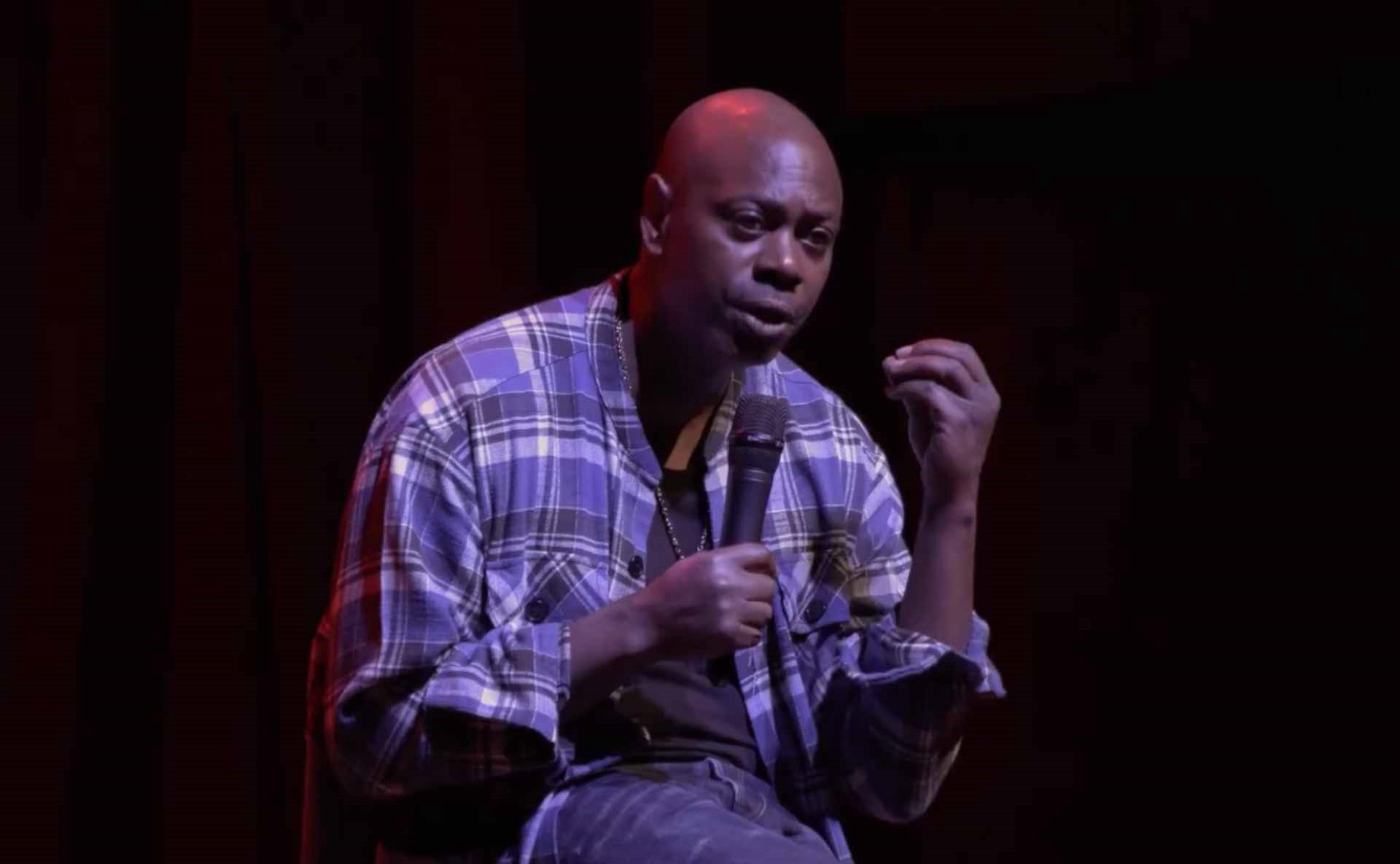 As I’ve got older, I found a new appreciation for Dave Chappelle. I’ve always been a fan of his from The Chappelle Show. I was young when it came out, but I remember sitting down with my sisters, watching the sitcom listening to the hysterical laughter and young, skinny Dave running around on the screen.

Watching him in skits and films was always a joy, but it was when I watched his stand-up shows that I really fell in love with his craft. Personally, there’s no one else that really does it like Chappelle. From his own originality to his wit of how he creates his shows are wonderful — and now with his specials on Netflix, it's made it possible that I can watch his specials over and over again much to my sister’s annoyance. Again, seriously, she’ll ask while rolling her eyes.

When he hosted SNL a couple of weeks ago I was so excited, he came out in a suit (!!!), spoke of his great-grandfather, the results of the presidential elections and more. The monologue in itself to me felt a bit unfinished when he opened up about his show being streamed on multiple platforms that he wasn’t being paid for, and I guess it wasn’t. A couple of days ago he released Unforgiven on his Instagram page, and he spoke more into The Chappelle Show being streamed on HBO Max and Netflix.

If you haven’t watched it, I highly recommend it. He touches on what it’s like being in the industry, his life lessons as a 14-year-old comedian who was coming up into the world, exposing Comedy Central and his eventual fallout with ViacomCBS. In true Chappelle form, he pairs his experiences as anecdotes in his comedy — even though this piece, very much like 8:46, isn’t even supposed to be a piece of comedy. In fact, let’s scratch that word — it’s art.

A storyteller of our time that dares to touch on topics that no one would and his anecdotes gets you to sit and reflect on the world that we live in, blending our realities as one.

Don’t ever come between a man and his meal.

And here we are, a man who wrote an amazing show that is loved by millions, but the reality of what happened while The Chappelle Show was in production was horrendous for Chappelle himself. For a man to walk away from $50M says a lot to me already.

Alongside the money, he walks away from the show that he created for Comedy Central who now legally owns everything — ultimately that means if he chooses to write another sitcom, he’s legally not allowed to use his own name.

So why has he reached out and brought us to the table? Because that’s who matters the most. Networks wouldn’t have their success without the audiences and Comedy Central airs some of the biggest sitcoms such as Friends, which still airs for hours in the evening till this day. They gain millions in profit while Chappelle doesn’t get to see a penny.

The irony of the matter is that Chappelle approached HBO in trying to get the network to work with him, that they responded, “what do we need you for?”

Now he’s asking them the same question as to why they want to stream his show — they never wanted him, but now they’re interested in the money he’s able to make for them, without ever paying him. Another point of irony?

Earlier this year at the height of the Black Lives Matter movement, HBO announced that they were taking Gone With The Wind off their platform for its racist intonations. However, this completely forgets that the film is of cultural importance as Hattie McDaniel is the first Black person ever to win an Oscar.

Yes, the film is racist, but what film from the 30s wouldn’t be racist? In fact, all I learnt in film school was the extent of racism in old Hollywood films and, big surprise here, there are still racist films being made today. That’s performative activism at its finest.

For HBO to publicly take a stance to show their solidarity, to then come to terms that they are alright streaming a show that they not only rejected but is being held against Chappelle is bonkers.

There’s one thing that I take for granted — being raised by a lawyer. When I left university and started the transition into the workforce, I was always told you read the contracts that are laid out in front of me. Being young, I always felt the need to succumb to authoritarian pressure.

When a former boss forced me to sign a contract before even allowing me to look over it, I was shocked but I caved because I do have to work for him and wanted to make a good impression. Turns out, it was a test of obedience, for him to observe how far he could push without retaliation.

Chappelle retold the story of when he signed his contract. He was broke and a baby on the way, in a conference room with a room full of executives telling a 28-year-old man that his contract would be the best he would ever receive. He shared an anecdote of him being hustled and scammed for his last $60 to a dealer on the side of the street. When he interfered, the dealer squared up to him and said, don’t ever come between a man and his meal.

That contract was Chappelle’s meal, not only his but his wife and soon-to-be-born son. I wonder if there was a test of obedience (with much higher stakes) and Chappelle caved in doing what was best for his family. When it came down to it, he walked away from $50M when he realised that the contract did nothing for him, nor his family.

The upside of his struggle with Comedy Central? He found Netflix. Before they had announced they were streaming The Chappelle Show, Chappelle had already started his contract with Netflix, releasing specials after specials. It was obvious in his time away he continued working and coming back better than ever.

Netflix has shown that they value business relationships rather than money. Realistically, Chappelle is worth more than just a show. Not only that, it solidifies the continual business relationship between both of them. Even with the news of Elliot Page coming out as transgender, Netflix promptly changed his name on The Umbrella Academy. They’ve proved themselves to be amazing to me this month, and it doesn’t bother me that they’re jacking up the monthly prices anymore (also, my sister pays for it so there’s that too).

Being a creative myself, I do understand the pain that Chappelle is growing through. In my life, I’ve always paid for music and/or film knowing that there are hours of work behind these projects because I wouldn’t be too happy if I wasn’t going to be paid for my work either (and I’m basically a nobody). I have no issues boycotting The Chappelle Show right now because there are new specials that he’s releasing, so that’s alright with me, and if that means he gets to take his control back with his own show, name and likeness, then that’s even better.