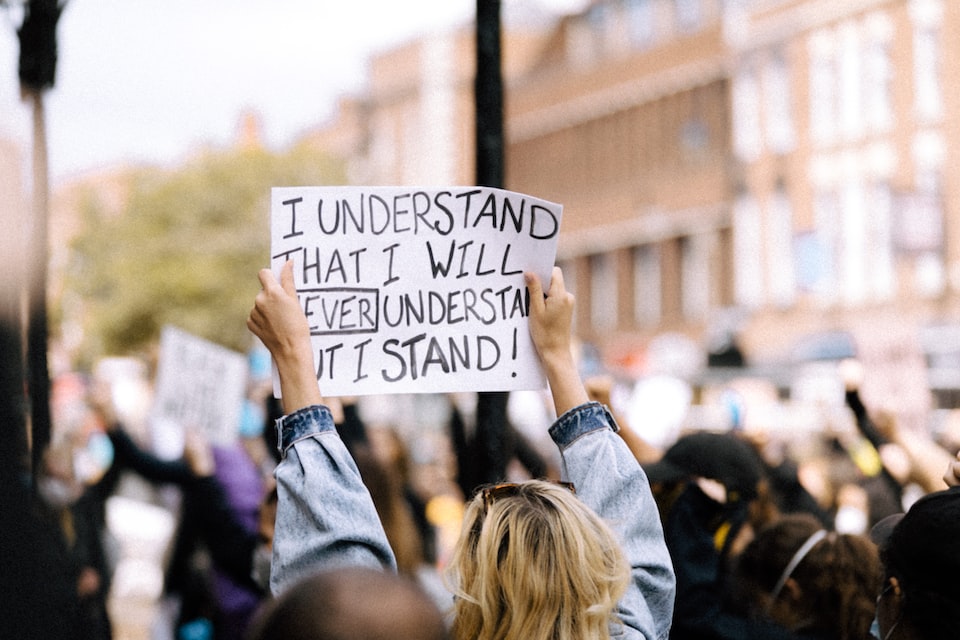 George Floyd, Tamir Rice, Breonna Taylor, Botham Jean, Ahmaud Arbery, Sandra Bland, Trayvon Martin, Eric Garner. If you want to know what these people all have in common, it’s that they have all been a victim of the deadliest disease more commonly known as racism.

Throughout the last week or so, we have been hearing a lot about being ‘anti-racist’ rather than, the more commonly used term, ‘not racist’.

It got me thinking about the subtle difference that many people tend to ignore or don’t understand, and how that difference can have a big influence on how we go about treating delicate events such as the death of George Floyd, or the start of the Black Lives Matter movement.

Racism, by Oxford’s textbook definition, means the “prejudice, discrimination or antagonism directed against someone of a different race”. By claiming to be “not racist”, people are agreeing to the idea that although they themselves may try not to be racist, they can at least acknowledge that racism in other people exists.

Whilst anti-racism, on the other hand, is the conscious decision to challenge racism in other people and the outside world as well as being self-aware throughout your own life.

I am a POC, so I have had to deal with my fair share of racism. However, I do not experience it as much as Black people do, and this should not be the case. Unfortunately, I still have some sort of privilege that is unavailable to Black people due to the way society thinks.

Therefore, it is important for anyone with an ounce of privilege to spread awareness about this movement.

But why do we need a political movement? Why can’t we just respect all races? It all comes down to the idea of superiority.

After all, this country and many others were created on the backs of Black slaves. Well, people have had enough of being mistreated (as they should be), and are taking to the streets in a variety of peaceful and violent protests in hope that the government will finally listen to their voices and toughen the sentences given to the four officers responsible for the murder of George Floyd.

Of course, like many protests, this movement has sparked outrage with people who claim that the focus should be on ‘all lives matter’ as opposed to ‘Black lives matter’. That’s just another example of the subtle difference between being not racist and being anti-racist: by saying “all lives matter” you are refusing to see the fact that Black lives suffer the most from lack of privilege, severe police brutality and racism.

‘Black lives matter’ simply acknowledges the fact that until justice and equality for Black people are found, not all lives matter.

I saw a comic the other day that visualised the difference between these slogans using the metaphor of a house being on fire. It got me thinking about how hard it is to influence other people who don’t want to see the truth for what it is.

That’s the difficulty of being anti-racist: trying to educate other people on their mistakes and show them the anti-racist way of thinking. Yes, I understand that nobody is perfect and that everybody is entitled to their own opinions.

However, when it comes to the welfare and lives of people who are tragically and unfairly mistreated based on the colour of their skin, I think it is worth a try to educate and share information as much as you can.

It is not enough to just post a black square on your Instagram feed and get on with your day. By doing this, you are acknowledging the extremity that racism has reached, but are not doing anything about it except show you know it exists.

Donating to important charities and companies which focus on dealing with racism on an industrial scale, is the single best way you can do this.

Signing petitions advocating for justice or petitions making ministers finally pay attention to the deadly virus that is actually police brutality makes all the difference when it comes to having Black lives in your hands.

You can also email them using one of the many templates I’m sure you’ve seen on your social media. You can do all of these things without even having to leave your bed. Only takes a few seconds out of your (I’m sure) not so busy day.

But what’s a few seconds of your time when it ultimately decides how the lives of an entire race will be treated?

I think it should be clear to say that racism is not just exclusive to America.

Our own prime minister has made racist comments: “watermelon smiles”, “picanninies”, “Britain should recolonise Africa”, and he even stated that Black people had a lower IQ than white people (to only list a few).

So write to your local MP to demand change in this country. In the next election, vote for the people whose views reflect that of your own and help create a government that would not allow for such serious issues to go undiscussed.

This should not be a trend, so don’t let it be one.