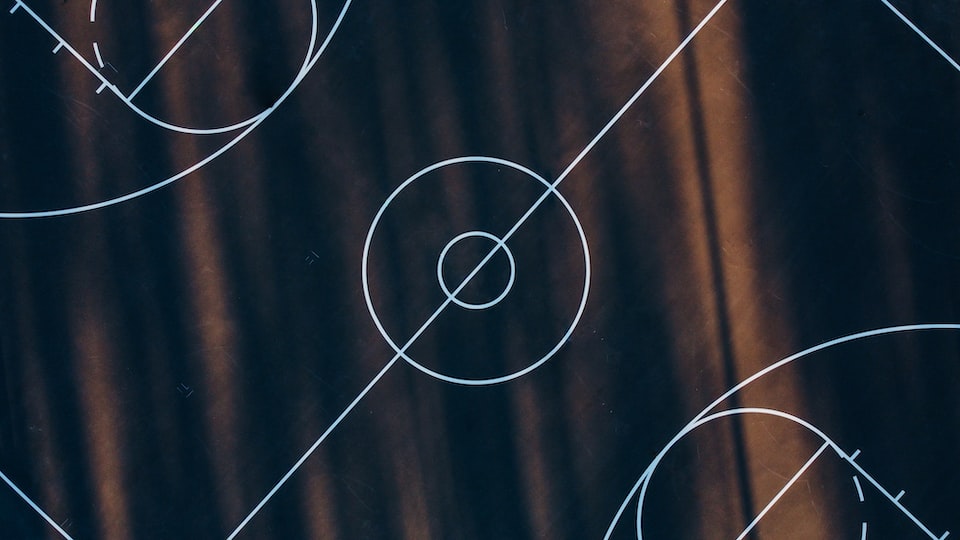 I was in my sophomore year of high school and had just started dating a guy that was a year older than me. He and his friends would sometimes stay after school to shoot hoops or play a couple of games of basketball.

In elementary and middle school, I always used to play with the guys in my class and so I thought that playing with my boyfriend and his friends wouldn’t be any different.

Right after my first game playing, all of the guys started to praise my ability to make clean three-point shots and said that I should join the girl’s basketball team.

Even though playing the part of a basketball team had been something I wanted to do since I was about seven years old, a part of me felt afraid of not being “basketball” material. I was average for my height and not very robust.

Naturally, I was shy and reserved. I didn’t like to play rough and didn’t have any kind of physical condition at the time. Still, with each passing day that I played basketball with the guys, the more they would encourage me to try out.

But with each encouragement I got, I could only hear the excuses that would raise in my head of not being good enough, fast enough, skilled enough, etc.

My boyfriend at the time started to lose a lot of weight from playing basketball. Because he liked the results that he was getting, he decided to get into fitness. Since I wanted to get better at playing, I decided to join him.

However, near the end of the academic year, I decided to break up with my boyfriend. He became emotionally and sexually abusive. He began to discourage me from spending time with my friends and often checked where I was, who I was with, and what I was doing.

In other words, he began to become controlling and wanted for me to only spend time with him and support his fitness journey. Eventually, he even wanted me to stop playing basketball after school because he felt that I was spending too much time with his friends.

After the break-up, I had this surge of energy to practice my own free will again. For months I allowed my ex to dictate how I spent my time and who I was with. And even though my ex would still play basketball after school, I would sometimes join because playing allowed me to feel free in my body and one with myself.

It required me to be present and focused whenever I took a three-point shot, but also flexible and creative whenever I had to find a way to pass the ball when someone bigger and taller than I was in my way. However, because my ex would often push, shove, pull, or block me constantly throughout the game, I decided that it was time for me to step away from my insecurities and finally join the girl’s basketball team.

My first small step was to figure out how I could join. But luckily one of the girls in my homeroom who was also in a few of my other classes was already part of the basketball team. After many days of debating with myself if I should ask her how I could join, I finally dared to ask her one day when we were in chemistry class. I learned that there were still a few weeks left until tryouts.

The playing season was in the winter but they would recruit during the summer to condition and train throughout the late summer and all of fall. Tryouts for this team weren’t about showing off your skills and hoping you would be picked to be part of the team. Trying out meant going to the practices consistently every day and putting up with all the intense workouts and training sessions. You wouldn’t be kicked off the team. Those who left were because they quit.

This was a bit of a double-edged sword for me. The bright side? No matter how poorly I performed compared to the other girls, I could still be part of the team. The downside? If I couldn’t keep it together, stay focused enough with my goal of being part of the team, or if I allowed the insecure parts of me to get to my head, I would have to face the humiliation of quitting.

Just how I had found the courage of leaving my previous abusive relationship, I decided to find the same courage to prepare for “tryouts” to avoid quitting. I stopped working out at my high school so that I could have peace of mind that I would not be bothered by my ex.

I began by doing the same bodyweight workouts I had learned from my weight training class at home. Because the high school next door to where I lived was often open to the public after school, I would sometimes go practice alone at the basketball courts or play with the kids that would stay for a couple of games in the evening.

There was also a track and bleachers where I would go for runs and stair climbing.

Little by little, my stamina and endurance increased. I gained some strength, lost a bit of weight, but most of all I had more confidence that I could keep up with the team.

When recruitment time for the team finally came, I went into the classroom where they asked us to write down our contact information and gave us a short orientation of what was expected of us.

That weekend they had their first optional practice at a park a few miles away from our high school. I begged my parents that whole evening to let me go. Because no one would be able to take me, I would need to ask for a ride from one of my new teammates.

Not only did this worry my parents, but they also pushed back on me joining the team. They argued with me that I would be around a bunch of strangers and because basketball is a contact sport, I was sure to get hurt.

As they relayed their anxieties and worries about me being part of the team, I could feel this rush of anxiety paralyze my body knowing that they were right about the risks.

Even so, the rush reminded me of the stress I felt when I was breaking up with my ex. The fear of this unknown of how he would react and if he would cause me any trouble afterward. This worries that he would start rumors about me or make our mutual friends go against me.

But because I knew what I wanted and what was best for my well-being, I broke it off. And so, in the middle of my parents’ lecture on why I shouldn’t join, I got up from the kitchen table, walked up to them, and told them where the practice would be and who was going to take me. I lied that I had already asked for a ride to the practice and didn’t want to be rude by saying that I wasn’t going anymore. Both of my parents stayed quiet and left it at that.

That first year of being part of the basketball team led to an ultimate transformation of my ego.

The physical training I had committed to leading up to tryouts did pay off. I was one of the fastest on the team and with the most endurance. Overall I was as strong as the girls that were around my height and with the same body frame. I would attend every practice after school and on the weekends. Physically I impressed my coaches and teammates. But my mental strength was another story.

Going to practice helped me refine my discipline and work ethic. But playing in the games is what made me feel internally naked. I came to see how insecure I was and how little confidence I had in myself. I had to learn how to speak up to communicate with my team during a game.

How to defend me when being pushed around for the ball. And also how to be aggressive whenever I had a chance to get a steal. In the first few games, I often hesitated to shoot or dribble the ball across the court out of fear of failing.

I made up for my mental deficiencies by being there at every practice, paying attention to my more skilled teammates, and asking for feedback from my coaches. This is where I first learned how to be self-aware and develop the ability to stay focused no matter what was happening around me.

I learned that to achieve anything in basketball, I would need to be able to trust myself that no matter how many times I failed or fell to the floor, that I would have my back and pick myself up. I also had to recognize both my weaknesses and strengths to know what to refine and what to praise myself for.

Being part of a team and participating in a sport like basketball changed my life. The lessons I learned and the persona I developed are entities that I still carry with me and have transcended into other new experiences in my life.

Even though I had a few downfalls after being part of the basketball team, I trusted that I would find my way and always pick myself up, just like I had done when I first joined the team.