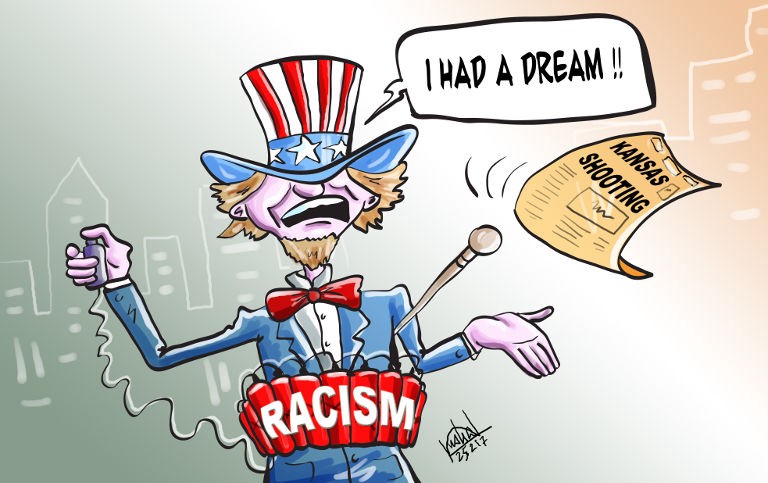 "Sometimes people hold a core belief that is very strong. When they are presented with evidence that works against that belief, the new evidence cannot be accepted.

It would create a feeling that is extremely uncomfortable, called cognitive dissonance. And because it is so important to protect the core belief, they will rationalize, ignore and even deny anything that doesn’t fit in with the core belief." — Frantz Fanon, Black Skin White Masks

We obviously understand that projects are ‘an individual or collaborative enterprise that is carefully planned and designed to achieve a particular aim,’ but to what end is a project attempted and “completed” successfully — organically, rather?

Often do we strenuously make collaborative, if not individualistic efforts, to achieve our own goals. Yet, when we place notions of a project in the context of whiteness, white supremacy, and structural oppression, we realize that something is amiss — an aspect of the modes from which Euro-Americans navigate the world that is bereft of an organic interiority — and in fact, it is not erroneous to also add that it’s white people across the globe.

Collectively, white people are conditioned to the myth of white superiority, and in weaponizing that so-called “superiority,” manifests the permeation of whiteness.

Therefore, to white people, it is not enough for them to rudely encroach on non-white people quite literally and symbolically. And when we observe their behavior(s) — and the linearity from which they “progress” through life, we find that it is not symbolically incongruous to their position as white.

With life’s continual absurdities and our circumstantial realities, a majority of us authentically understand that as the idiomatic saying goes — “life happens”, even if the events that we are subject to, appear to ‘go against’ what we will for ourselves.

Nevertheless, white people are taught that this is not so.

They act hostile — passively and aggressively, to the idea that someone or something does not work for them, something or someone who does not belong to them — or, is not hierarchically under them.

If it is a trophy, they act entitled to that trophy because they are white.

If it is someone they desire (romantically, fetishistically, platonically, sexually, or otherwise), they act entitled to the relational bonds of who they are “interested” in, because they are white.

Whiteness permits itself to encroach and entitle itself to every being and everything that is either organic or inorganic— loftily disregarding who, what, where, how, and why it is infiltrating.

The simplistic idea that racism is limited to individual intentional acts committed by unkind people is at the root of virtually all white defensiveness on this topic.

― Robin DiAngelo, White Fragility: Why It’s So Hard for White People to Talk About Racism

A white person will immediately absolve the intruding-white person of their actions — because their whiteness is concurrently akin to an untouchable sheath and a racial ailment that allows for the happenstance to happen without accountability.

Contrarily, when they do the same to Black, Brown, Latinx, and Indigenous people, the political ramifications evidently have adverse and self-defense driven consequences.

Essentially, when we observe the notional properties of the Euro-American dream, we do not have to leave much to speculation. The dream is generally attributed, grammatically as, the American dream, purposefully, because the term American, as well as notions of Americanism, are unequivocally synonymous with white. White is not only deemed “normal,” but it also already exists in the category of “humxn.”

Although oppressed people are subjected to playing the game of whiteness and white supremacy, and so-called “making it,” some of us consequently do not codify the dream with racial implications.

Instead, many oppressed people who “succeed” consider the dream possible for all of us to achieve, arrogantly dismissing socioeconomic backgrounds, race, gender, non-able-bodiedness — generally circumstantial realities that vary dramatically from person to person.

As such, a lot of us inevitably fail to recognize that when we succeed, it is somewhat akin to a gateway toward succumbing to the ism of the colorblindness within the so-called “melting pot” that is America.

The white American dream or ‘The Euro-American dream’, as I’ve previously stated, is a project in itself — a racially imbued project from which white people pursue and what oppressed people are forced to pursue.

From the chronicles of generations of Euro-American nuclear families and their descendants who have succeeded them, have, if not all, pursued, and accomplished the mores of the dream — not because they organically wanted to — but because, again, whiteness permits them to feel normal, not ‘subhuman,’ racially competent, enough, without question, to be entitled to the dream — to conquer their goals.

White people are fundamentally entitled to the mores of the dream. From within the grammar, ideologies, and their motives, it is thus, conclusively, that the dream is inorganic. The Euro-American dream functions justly for no one except for those who are white, light-skinned (akin to being white) — and toward all who have internalized whiteness on a personal, social, and ontic level.

What might be proposed as an alternative for all of us to even reach a tinge of success that transcends the structural constraints of the dream, is to abolish the dream. White people, collectively, on their own, in their communities, must work to dismantle hegemonic white supremacy— to figure out how to live and achieve organically.

They must do so without living and existing as though the dream belongs to them (based on their whiteness) — to reevaluate how they may authentically (no white savior complex) help oppressed groups achieve better lives of our own in this white supremacist world.