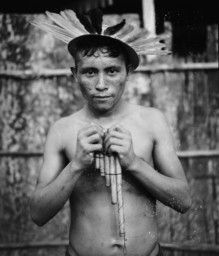 While in high school, I used to have a History teacher who would always say that history is pretty different from a photobook - where you can just look at your childhood photographs, and talk about the memories they bring to you. Honestly, I never really understood what he was trying to tell his students with that, and I used to think that it was only a way of valuing his profession in a country that insists on thinking about History as mere entertainment.

I changed my mind eventually, though. On a daily basis, we always see tributes to different people or movements. In Brazil and several other countries, having streets named after them is quite common.

So, as I grew up, I lived in a house near March 31st Avenue. For a long time, I never knew why March 31st was such an important date until that very same History teacher told me that was the day the Brazilian military performed a far-right coup in Brazil, which lasted about 20 years and killed thousands of people. I got horrified with the thought of having such an important avenue honouring something so morbid and oppressive.

But… Why did it take me so long to finally understand what was behind that name?

It took me about 16 years to see what it was, but the date has always been in the back of my mind. I would be thoughtful about it, curious about its meaning, but never enough to google it to dig into its background. But the message they wanted to transmit was always loud and clear:

March 31st is a prestigious date, regardless of whether you know the meaning behind it. And I always accepted such a perspective.

And it brings us exactly where my History teacher left me: on how some people insist on turning History into a photobook. A photobook means very little for people who weren’t present in the pictures, so unless you are one of the people who were there, they are nothing but random images.

But which memories are brought up, how is this done, and by whom, are essential questions that are deeply correlated, once you can get countless different perspectives depending on the given answers. We tend to leave those questions behind when we see these monuments in our everyday lives.

When you are the one in charge of making your childhood photo album, you are going to leave some embarrassing pictures behind, because you don’t want other people to see how stupid you seemed to be on them.

Your parents, though, are surely going to put them all in it, once they don’t see the memories behind those photos as shamefully as you do. Also, when this photo book is shown to other people, the photos will be narrated by you in a completely different way than your parents.

And that’s precisely the issue between History and what is honoured. Different perspectives create different symbols. When the dictatorship began in Brazil, it didn’t take long for the military to change the names of the main streets and avenues to aspects they wanted to glorify.

"March 31st" Avenue is only one of the many to follow down this path: "Castelo Branco" Avenue was named on one of the dictator’s of those times behalf, and so did the "Costa e Silva" Bridge a few years later.

The constructions existed long before the coup, but those new names helped to build the narrative of greatness and prestige they wanted people to remember. The other narratives, the ones which pointed out the torture, the killing, and the loss of freedom, were hidden under the rug of censorship throughout the dictatorship years, and, to this day, are discredited by people who are unable to understand these perspectives, because they have learned only the official one during their entire lives.

This issue gets me thinking that, for people in power, History is nothing beyond a photo book, from which they take out or add pictures to corroborate their perspective. Thinking of History like that empties its meaning, and turns it into a mere instrument. And that’s what has been happening for a long time, and is what my History teacher wanted so badly to warn us.

The people in power tend to create symbols to make people believe in their greatness, once this adjective is not easily achieved by those who do not represent the majority’s goals and dreams.

On the contrary, people in power are majorly White rich cisgender men and represent a minority of society, the ancestors of which who have historically reined dominance among all the others by oppressing, torturing, and killing everyone who does not accept such a perspective, or that are simply different from them.

To ensure this control, they erase all perspectives that do not show them as the supreme leaders and turn every single society aspect into a way of honouring their narrative.

And that’s why most of the main and secondary avenues in São Paulo have dictatorship names, even after the end of the regime: its end, though, does not mean the end of the White male domination and what it stands for.

That’s also why I, as a Brazilian, South American person, happen to know more about European history than about the History of the natives from my country.

Also, that's why most Black people in Brazil do not have African surnames, once their ancestors had their original names taken from them when they landed in Brazil and had to take White European surnames - the names of their oppressors/current owners.

This rule, along with the one that only allowed Black people who didn't speak the same language at the same farm, existed to ensure that African people wouldn't rise against their White dominators, as well as to prove to them that their History was meaningless and unworthy of any sort of recognition.

Even though Brazil doesn't have a slave system anymore and has over 50% of its population considering itself Black, this view on Africa and its descendants is still very present.

In conclusion, we live in a world that is taken by only one perspective, one that is ruled by leaders who act like teenagers embarrassed of their childhood, so they turn History into an instrument for showing only what they want to be seen, and throw all the other perspectives into the garbage of forgetfulness.

And it’s up to us to end this vicious, oppressive, and assassin cycle by acknowledging and spreading all the purposefully forgotten perspectives.