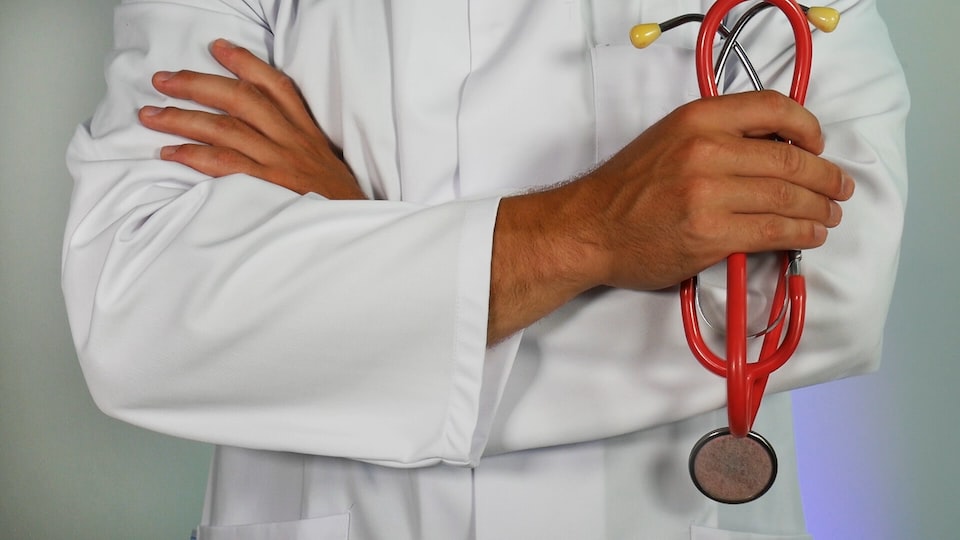 Writing about the worlds I lived in.

I first knew men ain’t shit when my debate coach made fun of the fact that I wore my favourite T-shirt twice (not in a row) to practice.

“Don’t you, like, have another shirt or something?” he asked condescendingly. “I thought girls cared about their clothes.”

There I was, taken aback and completely baffled at the fact that a 30-year-old man, a practising lawyer by profession, was not only keeping track of my attire to weekly practice but was so oblivious to the irony of his condescension as he stood in front of me in the same Star Wars T-shirt he has worn to every single session.

That was when the first inkling of the realization that most men will always stereotype women dawned on me. A man’s profession or educational level was no deterring factor to those beliefs. And if that was the case, it meant that male doctors were no exception.

My suspicions were soon confirmed the day we rushed a close friend to the clinic. The nurse asked us to wait outside. We patiently waited for 20 minutes until another male friend arrived and enquired as to why no one was allowed to accompany her, especially since she was not in a state that allowed her to speak coherently.

Finally, one of us mustered the courage to knock on the door and we were met by the scene of our friend, writhing and convulsing on the examination bed, and the male doctor seated at his desk smirking at her.

“What’s wrong with her?” our male friend asked him.

“Oh, you know women,” he waved a hand, “They can be dramatic sometimes. She’s fine, nothing wrong with her!”

Our friend let out a soft moan as her head violently hit the examination bed.

“Calm down. You’re only going to hurt yourself!”, the doctor said disapprovingly as if he were disciplining a toddler.

Our friend was not "fine". She was later diagnosed with epilepsy. The type of epilepsy she had was not common and her seizures did not manifest in a typical manner, so it took her numerous trips to the emergency room and several male doctors informing her “it’s just a panic attack” or “you’re being hysterical” or “did you have a fight with your boyfriend?” to finally be heard and not seen as another histrionic female vying for attention.

In medicine, women and people of color tend to have their symptoms dismissed, their pain downplayed, and their complaints overlooked. So why can’t (male) doctors hear women?

If we take that question in a literal sense, research conducted by Sheffield University studied the brain scans of 12 men as they listened to male and female voices and came to the conclusion that men’s brains are just not wired to hear women due to “startling differences” in how they interpret the voices.

What was more startling, besides the limited sample size of this study, was how widely misquoted and taken out of context this research was. Despite the initial objective of this study to better understand why patients with psychosis tend to hear male voices more, it was commercially polished and trimmed to fit into a misogynistic narrative of “men are just not wired to hear women”. More disappointing was the fact that it was quoted by male doctors in “quirky, science-based” articles, further fuelling the stream of "scientific evidence" and research that is being used as a tool to tighten the shackles of gender bias in medicine.

The real reason as to why doctors can’t hear women is complex and has ancient roots, but eventually will boil down to misogyny. Women were always deemed as inferior; from the great debate of 1595 about whether women were human or not, to the fact that clinical trials rarely included women until the late 80s, women have always been the underdog.

Even in research conducted on rats, female rats were excluded and their estrus (menstrual cycle) was stated as a hindering variable. Things were so dire and the discrepancies in care so evident that the National Institute of Health (NIH) had to set a policy in 1986 for women and ethnic minorities to be included in clinical trials.

Finally, in 1993, the NIH Revitalization Act, which required researchers to enrol women of childbearing age and people of colour into clinical research trials, became law and forbade them from using the cost as a reason for their exclusion. It took male researchers the risk of becoming accountable by law for their dismissal for them to finally be willing to hear women.

Implicit stereotype and gender bias in the medical field is taught at a medical student level. Research shows that less pain medication is prescribed to women after surgery, even though they usually report more frequent and severe pain levels. They are also more likely to be told their pain is psychosomatic, or simply put "all in their head".

During my obstetrics and gynaecology rotation, we were given a breakdown of pain tolerance levels in pregnant persons according to their race. I listened in horror as my male professor warned us against women of a certain ethnicity that always tend to exaggerate their pain while in labour and to ignore them and not be alarmed by their display.

This piece of advice was readily absorbed by my male colleagues, who nodded in approval, some of them even noting it down. When I countered that pain tolerance has not been scientifically proven to differ based on race alone and that generalizing and ignoring a patient’s cries for help can be detrimental, he simply shrugged and attributed these women’s behaviour to cultural differences, and that if I wanted to “save myself a headache” I should just heed his advice.

Misogynistic commandments such as these and many more are passed down from male doctor to male (and sometimes even female) medical student in an endless cycle that is yet to be broken.

No official statistics of how many women are misdiagnosed by dismissive male physicians exists, but the gender bias in medicine is too evident to be brushed under the carpet of patriarchy.

When being a female becomes a liability, any minor illness becomes a huge source of anxiety and a trip to the doctor a huge burden. Women should know that they have the right to receive holistic care, their symptoms examined thoroughly, and their fears alleviated with plausible, scientific evidence.

There is no concrete proof that changing to a female physician would ensure a better quality of care compared to that of a male; a good doctor listens to you and views you as a whole, not a constellation of symptoms or stereotypes.

If you find yourself in a situation where your doctor is not willing to listen or is dismissing your concerns, ask about the guideline recommendations that they are basing their decisions on, dare to confront them regarding their attitude, and if needed, change your health care provider and seek a second opinion.