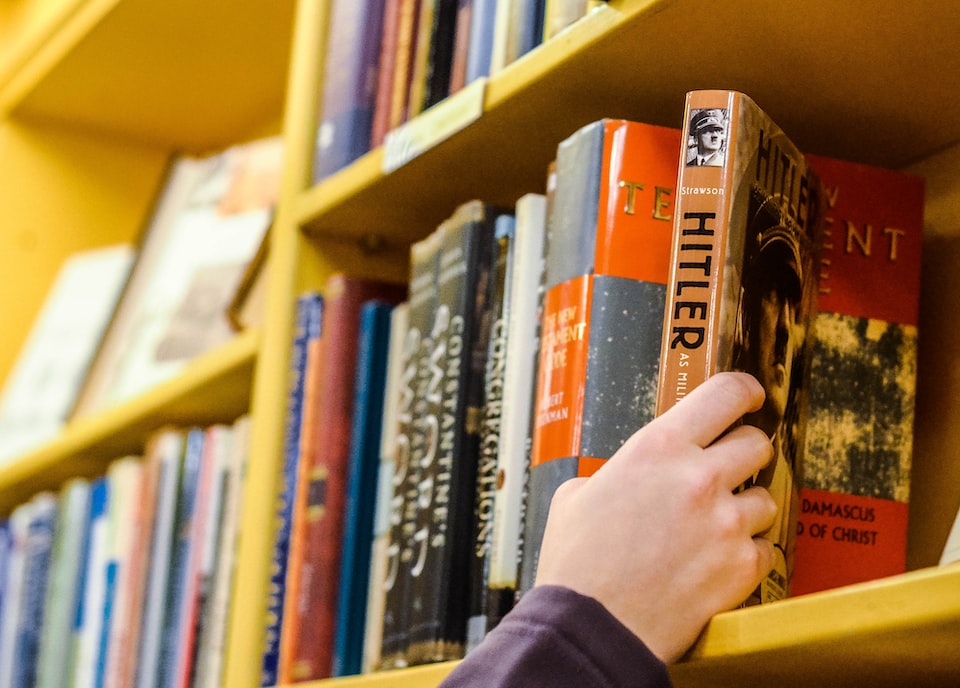 A dictator is a political leader with total power over a country, who often rules oppressively. Dictatorships are not a thing of the past - they are still present in countries around the world. In fact, some are even assisted by ‘Western Democracies’.

No matter how democratic they may seem, any state is vulnerable to an authoritarian leader seizing power. It has happened repeatedly throughout history many times. For this reason, it is vital to identify the instruments that dictators use to manipulate the public and corrupt the existing system to radicalise state policy.

Of course, every instance of a dictatorship arising throughout history is triggered by a set of circumstances unique to each country; a civil war, an economic decline or perhaps a specific political issue that has a nation divided.

Dictators will tailor their approach to manipulate these situations for their own advantage, in hopes to convince citizens to believe that they are the solution to the nation’s problems.

A divided nation is more vulnerable to manipulation. A ‘culture war’ can occur when different political beliefs fail to coexist in a country, in which there is general societal disagreement and polarization in societal values.

This happens when the population of a country splits into two or more groups because they cannot agree on an issue.

For example, Brexit started a ‘culture war’ in the UK where everyone takes one side or the other and cannot cooperate. It is normal to have differing opinions in society, but there needs to be some consensus to function.

Political deadlock may occur in these climates; where a state struggles to pass laws that satisfy the needs of the people. Very often, two legislative branches are controlled by opposing political parties and cannot agree. In these situations, some citizens may find decisive, authoritative leadership figures more appealing, in hopes that such a character would unite the population and move them forward.

When a political system is damaged in this way, flaws in the nations’ politicians become more obvious. Many people start to see them as out of touch and unproductive.

This creates an opportunity for a populist figure to rise. A populist is someone who tries to claim they represent the ordinary person who feels that their concerns are being ignored by the elite ruling class. This attitude may be seen as refreshing when citizens feel discontent towards their political representatives.

An individual with the potential to become a dictator is often very engaging, through exhilarating, patriotic speeches, using language that is clear and accessible.

When other politicians can be ambiguous, this ‘says-it-how-it-is’ approach can be appealing. However, this does not mean that populist politicians are any more honest.

Dictators are often perceived to be representatives of certain idealist values, typically those of a patriotic, conservative way of life.

This image is reinforced through propaganda, usually characterised by claims that this leader represents the morals of a ‘golden age of the nation. Although not a campaign slogan, Hitler also promised the nation to ‘make Germany great again. In reality, such eras alluded to by dictators were not particularly that great, and the dictator is playing on people’s nostalgia.

Propaganda is a key weapon used by dictators to trick people into believing that everyone can live in harmony under their rule. Material portrays the leader to be a messiah-type figure, who will lead the country into prosperity. In a country in turmoil, these promises may be quite tempting.

Another common tool for manipulation used by dictators is identifying an “other” in society, who they pin the blame on for the nation’s problems. In stirring up hatred for an ethnic group, a distraction from the nation’s actual difficulties is created.

Dictators establish a mould for the “perfect citizen”, who is often characterized by being of the “native” ethnicity and having a conservative set of values.

Propaganda will purposefully exclude ethnic minorities from their vision of the nation, portraying them to be traitors of the state and not true patriots.

In turn, ethnic minorities are used as scapegoats for issues such as unemployment, housing crises and economic decline. Unfortunately, such narratives are still echoed today by the right-wing.

This fearmongering is how dictators set up the apparatus for genocide: it motivates some members of society to commit violent acts on their behalf.

For example, Hitler promoted the idea of a “superior” Aryan race. In contrast, Jewish people were blamed by the Nazis for Germany’s loss in World War 1, the Great Depression and “stealing” jobs from other citizens. This manipulated some citizens to participate in the Holocaust, believing it was for national security.

It is important to note that racism is often already rife before a dictator seizes power, they merely stoke it and validate it in the eyes of many, enabling them to be more overtly racist without consequence.

To endorse a dictatorship, the existing systems of checks and balances (various procedures set in place to reduce mistakes, prevent improper behaviour, or decrease the risk of centralization of power) must be disrupted.

Some dictators, such as those from ancient Rome, come to power following a state emergency or a coup (a sudden, violent, and illegal seizure of power from a government). Alarmingly, there have been dictators that have gained ultimate power legally.

This can be done by finding loopholes in the political system, lawfully forcing through their agenda. For instance, a leader can demand arbitrary power during a time of a national emergency (such as the outbreak of war), so that they can pass measures without having to go through the usual democratic processes.

This enables chief executives to overthrow democracy. The proclamation of emergency rule began the dictatorships of Mussolini in Italy, Atatürk in Turkey, Hitler in Germany, Piłsudṣki in Poland and Salazar in Portugal.

This is why Boris Johnson was faced with backlash when he prorogued parliament, which the UK Supreme Court has since proclaimed was unlawful.

Dictators also gain power through threatening or bribing members of a parliament to vote for their proposed legislation. The public can also be pressured to use their vote to enable an extremist leader.

As previously stated, it is commonplace for dictators to lie to the public about what they will do when they come to power, making promises that they cannot keep.

As well as this, during elections dictators will often set out to destroy any competition to them by launching a smear campaign; a scheme to discredit a public figure by making false accusations about them.

Typically, a candidate with plans to launch an authoritarian regime will ironically mislead the public to believe their opponents are the ones set on destroying democracy and makeup evidence to ‘prove’ this

Throughout the course of history, democratic systems (even those that seemed indestructible because they existed for hundreds of years) have been overthrown by extremists.

Although in hindsight, when we look at examples from the past, it seems obvious that dictatorships were coming before they seized full control. But when someone is in the moment, such a development is not always as clear.

Before they gained control, dictators were sometimes not taken seriously by the public. Even after becoming leaders, people have thought that the political system would prevent them from gaining ultimate power.

For this reason, it is so important to be aware of how dictatorships occur, to identify red flags when they arise. They do not happen overnight, they can take years to develop. But by the time it is obvious what is happening, it is often too late, and citizens are threatened with violence if they speak against the state.