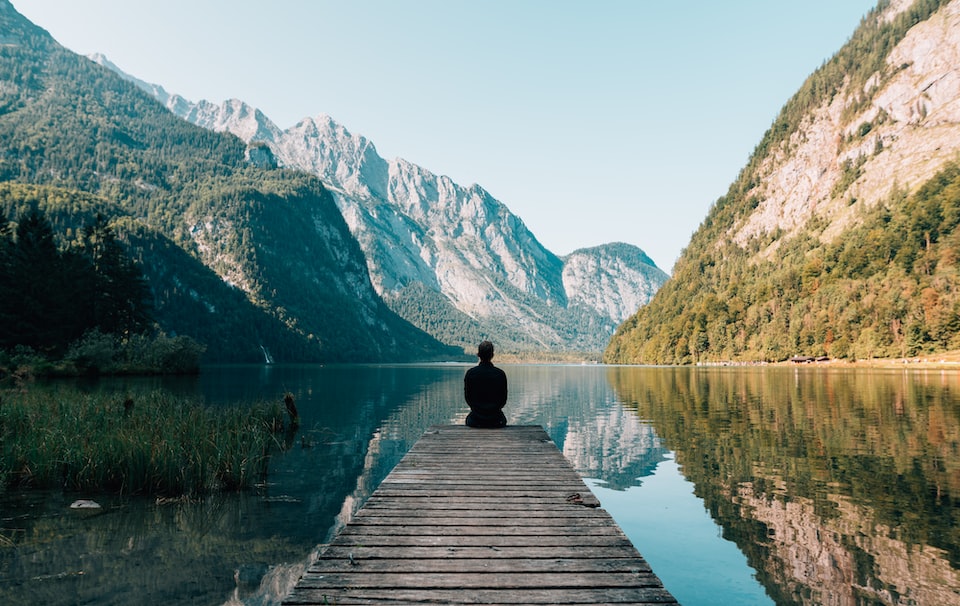 I’ve dedicated the past few months to bettering my mental health and setting a foundation that will allow me to thrive and prosper later in life. Most of my actions are oriented toward long-term gains; meditation, exercising, eating a plant-based diet, saving and investing, earning a master’s degree.

Simultaneous to this, however, I’ve also been living as a caregiver for my father with stage IV renal carcinoma and being a support line to my mother. I moved in with them after earning my bachelor’s degree to be able to be close to them in case of any emergency. It’s a decision I still wrestle with sometimes because I often feel the burden of being a parent to my parents. Meaning that I typically have to push away my needs to meet theirs.

So it’s often difficult to know if the reason why I decided to stay was that it truly felt right for me to be here with my parents day in and day out, or because it felt more like a moral obligation. I’m the youngest of their three living children and the only girl (my older sisters passed away on their birth date). My brothers have full-time jobs, their homes, their families. But for me? I’m at the forefront of figuring myself out.

But it also made me the perfect candidate to fully support my parents. According to them, it meant that I could be here by their side. But being here shows me that they never saw how ambitious I am, nor did they ever really know how to support my dreams and aspirations. I understand now why I’ve built a bit of resentment toward them the past few years.

Living with them for almost two years now has also allowed me to understand the power of choice. And how our decisions can carve and orient the trajectory of our lives both in the short-term and long-term. Over thirty years ago, both of my parents dedicated themselves to work as much as they could to pay off their mortgage and meet their ultimate goal of owning a house. However, they focused so much time on owning a property, that they forgot what it meant to have a home.

Even though I’m aware that they didn’t try to do this on purpose, it’s only highlighted to me, even more, the importance of having values.

My father’s illness was caused by a combination of chronic stress and toxic exposure due to all the chemicals he worked with at his job. Today, he’s in critical condition. One that sometimes leaves my mother and me not being able to sleep at night. Or that requires our full attention throughout the day at times.

We’re all in an emotional turmoil; one that we don’t speak about because we never learned how. The house often doesn’t feel like home. It doesn’t feel safe to discuss what we’re going through, what we’re struggling with, or what we feel. Even though this may not seem like a big deal, it is for me because a few months ago I would have panic attacks and anxiety attacks throughout the week.

I hid them from my parents; usually by coping with the anxiety until they fall asleep and letting it out then, or by sneaking out of the house at night to have them at a park.

Even now I’m in this constant state of fight or flight; rather than fighting with my emotions to hold it all in, or flighting to safety whenever I can. But what makes it even more difficult is that there’s often a lot of guilt and shame associated with it. Guilt that I feel this way and shame that I don’t always know how to manage my emotions.

And perhaps the real issue I’m dealing with is trying to both survive and thrive. To live a hybrid life where one side of the coin is falling apart while the other rises. This belief blossoms out of my choice of wanting a life different from my parents. Because through them I learned that in settling and in forgetting our values, we also forget ourselves and what’s most important to us.

If you ask my parents if they’ve lived a good life, they’ll share with you the adventures they had as children. How they would hike for miles just to find a little bit of honey. How they ran by the riverbank for fun. How excited they felt whenever their parents brought home a bag of cookies for the holidays. They lived to survive, but within their survival, they held values that allowed them to thrive in other ways. They had community, social support, tradition, culture.

But if you ask them if they’re living a good life now, they may simply look away. They carry this resentment that this isn’t the way that life is supposed to be. They earned their freedom, their living, their home. But they paid the price with their health and vitality. This stems from a comment my mother told me not so long ago where she shared, “I used to think that once we had our house, we would have it all. But now that I see what we had to give up to have it, your dad’s and mine’s health, spending time away from you, not being there for your brothers, I don’t know if it was all worth it anymore.”

What I do to emotionally survive my home is taking it day by day. Confronting each thing as it comes. But aside from playing the survival side of things, I allow the stronger parts of me to grow, develop, and transform. I refine my values. I look for my purpose. I define my future. I take as many baby steps that I can each day to get closer to a better tomorrow.

My mother’s comment made me realize that I cannot settle for what is brought upon me. They taught me what it means to work hard, to be disciplined, to be determined. And in the past few months, I see that now it’s my responsibility to apply their teachings not just on one single goal, but in all possible areas of my life.

Even though I can’t change all the terrifying bits and pieces of my current situation, I’m aware that I can simultaneously be here for my parents while allowing the future to be the light at the end of the tunnel. That’s how to survive and thrive.