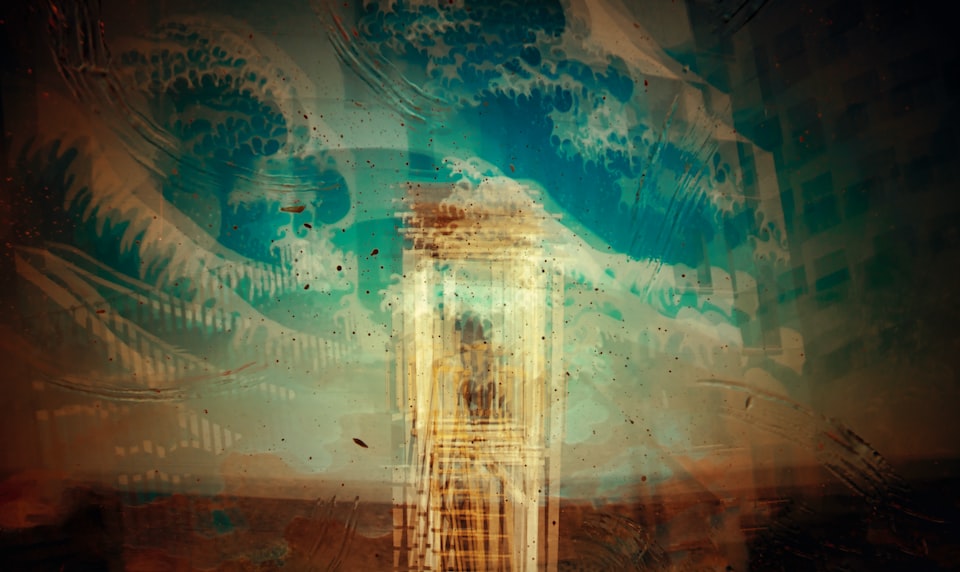 As a permanent student of Psychology, I have always been fascinated with psychedelics. Freudian fantasies fuelled my desire to uncap Pandora’s consciousness and unleash her demons.

The first two times I dropped acid, I wanted to do this and more; but combined with some rookie mistakes and questionable company, I was keen on trying it within the safety and comfort of my own home. Third time lucky.

Within twenty minutes of consumption, perforations appeared on supposedly static walls, and Reality’s disappearance was now an observable phenomena. I still harboured a little doubt around how deep I was willing to dive into my own subconscious.

In a matter of minutes, this dissipated; as I sat in silence forgetting parts of myself.

My memories looked distant, movie-like. They seemed no more mine than the closed-eye visuals I was now experiencing - layers upon layers of images of human beings from all over the world. Polynesian tribesmen meshed into the face of a child from Pakistan, almost beaming at me.

A panoramic view into humanity pulsated through every pore in my body, which no longer felt like it belonged to a singular ‘me’.

At this point, I was confused and needed help.

Turning to my partner for solace and answers, we sat down to chat. Something struck me as soon as I saw her. Something in me immediately recognised something in her. I kept referring to this during the trip as ‘The Source’ - like a cerebral light that connected all the faces I had just seen with hers.

Disassociating still, and feverish, I sat conveying my disappointment for the world, to someone whose company I seemed to enjoy. All personal connections had been severed. Almost as though we were meeting for the first time, I reconnected with the person I spent most of my lucidity with.

Simultaneously, truths started to return to me, forgotten amidst my own slice of life that I lived. Slowly, yet viscerally, reality became a vibrating membrane between me what I can now remember calling ‘birth rights’.

At the time, these felt like things that all human beings needed and deserved, but were denied because of the societal pursuit of profit and capital.

It wasn’t a personal disdain for Capitalism I felt. It was a devastation that consumed me: how it transformed the best of our nature to care and nurture into plastic. Synthetic versions, expensive versions of what we actually craved.

I was now in the deepest throws of ego death. My identity, a metamorph of all slices of human existence, lives, numbers looked more like a stack of vinyl than a reflection of myself.

My senses felt overwhelmed by this knowledge, yet I was awashed with the sensation of fearlessness and acceptance. Hatred, fear and sadness - these sensations felt too frivolous, knowing I had been here before. That I was going to come again. And again.

This broad perspective into humanity gradually became granular. Hediye, as I had known her for 23 years, finally crept out from my periphery into centre stage. I felt more equipped to handle my own problems, which now felt less daunting.

I entered this experience hoping for some clarity. For the scum which collected between me and more proactive life decisions, to finally dissolve. Why I had neither the desire, nor energy to think about my life’s future.

Then, the apple dropped on my head.

The previous year had been one of all-consuming anguish. Having finally come out to my parents, I was somewhat forced into moving in with a partner I barely knew, trying to reconcile their absence with a relationship that barely held together at the seams.

I was co-dependent, anxious, broke, full of despair and lonely. I convinced myself to believe that I had made a choice to rebel against the grain, of doctrinated normality, and must now face all the consequences alone.

As a psychologist, I can trace the faults in my schemas from the moment I left home - the poison I weaved into my cognitions with every disappointment. I was stuck in a constant state of fight or flight. I had studied the psychological effects of prolonged stress, and yet, fell short in understanding those same effects in myself.

How difficult it was in fact, to enjoy art, self-expression and fulfilment when your brain secreted chemicals to deal with a life-threatening situation at hand. The whole world had become a shark with sharp teeth and I felt incapacitated. I hid so far away from reality hoping I would be spared the bloodbath.

I would invest hours into forgetting my own experiences, blurring the fading line between fantasy and reality, hoping the world wouldn’t drag my already bruised half-carcass even further into disrepair. “Derealization”, if we want to be clinical about it. I was spiralling further and further down a rabbit hole I had no resources to impede.

The most defining moment of the whole trip had been this. This realisation. This warm embrace that whispered like a salve over my open wounds.

That told me it was okay to feel burned out. That my ashes will start to resemble my silhouette one day, when all of this is no longer fresh. That the wonder in me, the childish curiosity with which I gazed at the world, was a flame that burned with more fury than all of my emotions combined.

That I would soon smell its familiar smoke again. I felt liberated.

But I feel obliged and responsible to end this anecdote with a warning.

Acid is not a miracle substance one could take and reach life-changing realisations with every consumption.

Although intent is important for reaping the most from the trip, we must also be wary of the darkness we bury in our subconscious.

Though it was lucky for me to come to terms with my most painful memories, it could have been equally detrimental if I didn’t have healthy coping mechanisms to handle such an intrusion.