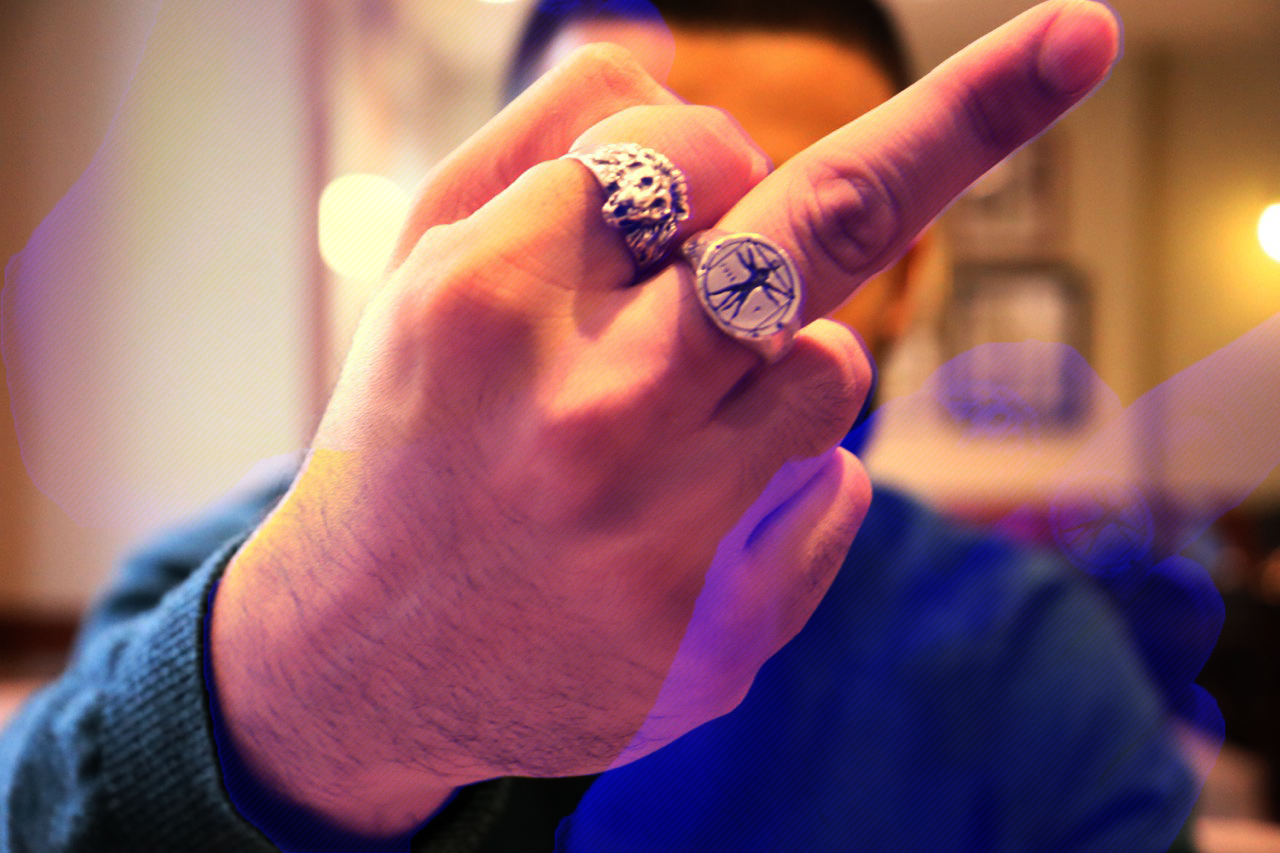 A remark I have always received throughout my life is that I “act White” and “talk White”, despite my Brown skin and distinctly South Asian features. Apparently, I am a coconut; hairy and brown on the outside, and an Oreo; white on the inside.

Growing up as a Pakistani boy, this was something difficult to reconcile with — why did everyone say I was White on the inside? What does that even mean? Am I not acting as a Brown boy should?

People of all colours, including my own, have meant it as both a compliment, insult, or a warning that I may lose sight of my ‘true self. They say my behaviour is unorthodox for a typical Pakistani, and the way I carry myself is akin to a White man. My clothes, expressions, and command of language are apparently not typical for a Pakistani to have. Apparently, I’m not acting Brown, because I can talk White.

Many precocious and well-educated Black people have often experienced accusations and remarks about “acting/talking White”, due to their interest in commonly agreed White activities, apparent participation in White culture, or because for some reason, they just don’t belong in that particular racial community.

But there is nothing we can really describe as “White activities” or “White culture”, particularly in a multi-cultural climate like England. So what could people mean when they say a Pakistani like me is talking or acting White?

There have been many occasions where Pakistanis, in particular, believe that I’m ‘selling out’ on my culture, and that is what they mean by me acting White. They believe I have been indoctrinated by White people in soullessly participating in their culture, actively opposing my traditional customs. I enjoy reading English books or express myself articulately, and that’s why I’m White and not Brown.

The common usage of the term has stirred up some academic debate in America, where a hypothesis states that the academic underperformance of Black adolescents falters as a result of Black people fearing they will be perceived as ‘acting white’ by their peers, where Whiteness is an attribute synonymous with success.

However, there is no concrete evidence to support the truth of this claim, as it has often been claimed that Black people still value education and intelligence as much as White people, and the problem of underperformance could also be attributed to other things like class differences. I believe the same is for Pakistanis — much importance is placed on being intelligent and succeeding, but stereotypically this mostly encompasses science, maths, engineering and law as opposed to the liberal arts.

From my perspective through school, though I didn’t necessarily feel threatened to succeed (and still don’t), I have always been an outcast to even the British Pakistani community. Much of this is to do with my secular beliefs, distancing myself from orthodox Islam.

Quite often, I used to be asked why all my friends are White and hardly Pakistani. But the truth is that I had grown up in a primary school with mostly Pakistani friends, and as I progressed through school, college, and university, I eventually became the only Brown guy in a Philosophy class. There weren’t any Pakistanis to befriend in the liberal arts, so I was stuck for choice. But many assume it to be a volitional choice, and I am betraying my culture by trying to rid myself of my Brownness.

The reality is that their rash judgement induces racial shame, and attempts to strip my Brownness more than any White person could.

On the other hand, some take ‘acting white’ to be a positive attribute. Frantz Fanon, the influential psychiatrist and philosopher for his writings on race relations and colonialism, talks candidly about how educated minorities are called White as a result of their mastery of language:

To speak a language is to take on a world, a culture. […] I remember, in a lecture I had drawn a parallel between Negro and European poetry, and a French acquaintance told me enthusiastically, “At bottom you are a white man!” — Frantz Fanon (Black Skin, White Masks)

Proficiency in a major language like English, in my case, is the main culprit arousing remarks of acting White — mostly because it allows an ethnic minority to access a culture entirely different to one’s original.

I can understand Pakistani values and customs, but like a White English person, I can also appreciate Victorian literature previously exclusive to aristocrats, engage in intellectual debate, and have a chance of bartering promotions and business deals with other English people.

For those who think they’re complimenting me for acting White, they see this as praiseworthy in a climate where many immigrants struggle to articulate themselves.

What immigrants often mean to say is distorted by their thick accents and confusion in navigating the anomalies of the English language, unable to transgress the judgement of English people as nothing more than a shopkeeper, taxi driver, or worse, a Muslim.

Yet here I exist, an anomaly of nature! A Pakistani man can navigate the White world with his English accent, so the English man sees me as an equal. He is relieved we share the same culture, and have mutual interests revealed in our conversation. But the native Pakistani is also relieved I am friends with the English man, a glimmering hope that a Brown man has a chance of succeeding in a majority white society.

It also brings hope for their children who might not be ensnared by the oppression of being a person of colour like they are, hoping to have equal opportunities and be White, so long as the White man sees them as equal in their society.

Yet despite good intentions, and perhaps trying to laugh at the banter in being called a coconut, I believe the use of the term is deeply problematic, even to the point of being straight-up racist.

It assumes Whiteness is a real characteristic or a set of behaviours that come alongside being a particular colour. By the same merit, there must be such a thing as Blackness and Brownness — something that despite being deeply ingrained in colour, has nothing to do with it. Of course, this thinking is very backwards and deeply harmful in a multicultural society claiming to find equal value in all backgrounds. The colour of someone’s skin does not dictate someone’s behaviour, and even saying Blackness or Brownness to oneself sounds ridiculous.

But it also implies that Whiteness is a desirable virtue for people of colour to aspire to. Just because I can articulate myself, be a free-thinking independent individual, and not conform to stereotypes, then apparently I must be White, at least on the inside. Because White people, with their Whiteness, could only be as advanced as this.

You would think, like Fanon, I would receive the ‘compliment’ from mostly White people. But it’s Pakistanis who are quick to tell me this. It is extraordinary that my kind restricts the definition of what a Pakistani could be, and make those who exhibit eccentric or atypical traits exempt from being one.

All my life I have had to fight for my Brownness back, reminding these people that I am just as Brown as them, even if I am interested in various aspects of Western culture. I am a Westernised Pakistani, but that doesn’t make my skin colour a shade lighter. I still experience racism as much as anyone with coloured skin, particularly before I open my mouth assuming I have an accent.

There are Pakistanis who are poets, philosophers and writers — Pakistan was even inspired by one. But because I speak English, I am apparently less valid than other Brownies.

Though there isn’t anything logically consistent about the burden of acting White, the properties of Whiteness and Blackness, or even accusing someone of betraying their culture, there is certainly a complex racial issue underneath it all which I have been dealing with my whole life.

People of my ethnicity are most responsible for restricting a diversity of personalities and beliefs to being Brown and disavowing those who don’t satisfy these intangible criteria as no longer Brown.

When immigrant families settle into a colonising country such as England, the succeeding generation will share the same language, customs, and interests of the colonising culture. I have often thought it short-sighted, or just plain ignorant, that our parents and forefathers expected us to share the same Eastern values of them in a Western world that is completely different.

Restricting the definition of an ethnic minority by a stereotype also perpetuates it to other racial groups. No wonder the old White man feels legitimated in seeing us as curry-munching, backwards-minded, Muslamic extremists when our race is hiding and precluding the possibility that we can be different, diverse and just as advanced as they are, whilst still being completely and proudly Brown.

But the idea that my very existence is a rebellion to a society that insists on categorisation, without having to mutter a word, is empowering to myself and other minorities who dare to be different.