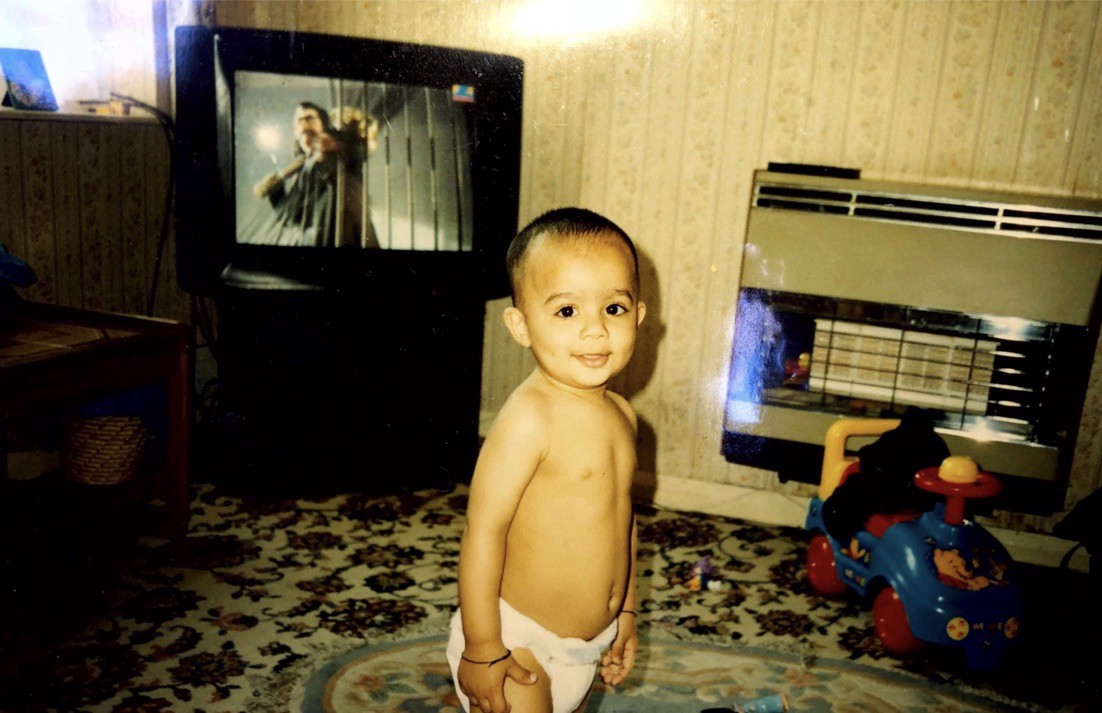 I want to candidly discuss how being considered ‘wise beyond your years’, though optimistic and promising during youth, often regresses into idle states of inactivity, a lack of confidence, and losing a sense of identity that had remained throughout your life.

This is a subject dear to my heart, and though I’ve seen mentions of these sentiments scattered around pop culture, I felt it would be fitting to write something addressing the issue directly, hoping it might resonate with you or inspire you to fulfil your true potential.

In an interview with Ricky Gervais 10 years ago (can you believe that’s now 2009?), he was asked several questions about his work in comedy like The Office, his podcasts with Karl Pilkington, and other related projects.

He began his interview in a rather striking fashion that revealed something particularly humble — contrary to his brash onstage persona and characters he assumes:

“I think you should know something about me first. I never tried hard at anything. I was born smart on a very working-class estate. A couple of people I knew went to university apart from me, but all the way through I was the smartest kid in the school. That’s luck, but I was proud of it. And I was also proud of doing well without trying. As you get older, and it took me a long time to realise it, that’s a disgusting attitude, revolting. It’s ignorant and it’s a tragic waste, and I realised that the work itself is the reward. The struggle itself is the reward.”

As you may infer, Gervais is articulating the idea that being recognised as smart and a high-achieving minority at a young age allowed him to almost effortlessly breeze his way through academia, achieving high grades without necessarily revising as much as others in his school.

I’m sure we have all encountered this kind of character at some time and thought of them with warranted envy:

we are inclined to think,

“that someone can put in less effort than others, and more often than not, does better than those who really try and invest their energy into it!”

Especially when these kinds of people often gloat about this ability, and during school and university, hardly stumble upon an obstacle that pushes them to retire this apathetic attitude which somehow attracts consistent A-grades.

Certainly, it seems like an injustice there are no consequences for someone who sows no seeds and refuses to regularly water their crops; except for the beautiful display of fruits they have fortunately ended up with.

Personally, I find an uncanny resemblance with what Gervais said. Throughout my early life, I became increasingly aware of my capacities in contrast with other classmates in certain abilities.

For instance, during primary school, I would often partake in a multitude of extra-curricular activities, often directed by teachers, like creating a documentary for the school’s basketball team in which I was allowed time outside of class because they felt the work was not challenging enough for me.

This was a regular occurrence during primary school — I also started the school newspaper which was run by me and a few of my friends at a time. I had suggested the idea to one of my teachers after holding a lot of letters to parents that the school would regularly give to parents to inform them of the latest news concerning the school.

This felt inconvenient and a waste of paper — a compilation of these letters in a newspaper seemed to be a more efficient choice at the time. The idea eventually developed when suggesting it to a teacher. One thing followed another, and we were commissioned every lunchtime to produce a monthly newspaper for the school, selling them at 20p apiece. Going back recently, I learned the school still maintains a regular newspaper long after I had left; a proud achievement from my nine years old self.

It has never been the case that inside me I felt I was “better” than others, or even that much smarter. It’s difficult to articulate to others the nature of one’s intelligence and abilities; my mind is simply unable to comprehend what a different type of intelligence would phenomenally feel like — this was all just normal for me.

The way I think, the way I write and create, never felt like anything extraordinary to me. I could only discern its uniqueness because of what other people had always told me in my life. This is my normal. I discovered that this is something a lot of people envy, to be ‘smarter’ or ‘gifted’. To be the smartest kid in the class. I was often considered these things and in recognition of my results, I was seen by other kids and teachers as pretty smart.

It felt good early on like I had this identity of being ‘that smart guy’, and I knew that a lot of people in my class and friends would envy this trait. “Gee I wish I was smart as you”, I’d always hear. How do you respond to something like that?

I soon came to realise that the blessing of precociousness is simultaneously a curse. There exists that clichéd archetype of that nerdy kid who experiences social isolation and struggles to articulate who they are to others, responsible often exclusively due to their ostensibly perceived intelligence. There is a sense of truth in that stereotype, but I don’t think that entirely explains why isolation arises from this affliction.

There’s a multitude of factors; the fact that precociousness often lends itself to faster growth of maturity and unfortunately results in growing out of friends, the paradigm of getting involved with esoteric interests that nobody around you seems to like or ‘get’ as much as you, and a lot of jealousy from others who feel insecure in their identities and what they know, and as a result, feel as if you are responsible for their shrewd insecurities which make them feel as if they pale in comparison.

Of course, these aren’t prima facie bad things — maturing fast and acquiring a wide range of interests are things we ought to treasure rather than condemn! But I hope this demonstrates some ways in which being precocious can significantly detriment your life in unexpected ways.

Every achievement is accompanied by melancholy, every triumph is followed by resentment, and the things which make you stand out from others are the things you wish never were. The unattainable desire to be ‘normal’ has never before been so desirable when throughout your life, you have felt like an imposter.

More recently, I went to university to study philosophy without revising for my exams (sorry, I am that guy) since I had no intention of pursuing higher education, but for other reasons ended up going. I got so used to this attitude of breezing through school and college without putting much effort in, that this “disgusting attitude” Gervais referred to, eventually made me do nothing.

Why would I? When everyone perceives you as smart, and you lack any real incentive to put in more effort than needs be, then surely I could just get away with doing nothing! Or at least, do the bare minimum but for the rest of my time, adopt frivolous leisures as my primary occupation, and get away without working a proper day in my life. But things began to catch up with me.

To be precocious is to be wise beyond your years — but it is not a static, permanent identity.

If the years run like rabbits, your heralded wisdom begins to expire until you might regress from being the smartest…to just being smart…to acting as your age group…to being a bit behind…then finally, living in the shadow of the person you once was. All because you became idle, resting on your laurels.

I knew I had all these great ideas, the potential to bring them into action, but whilst doing nothing, those people who weren’t considered naturally talented worked hard throughout their lives, and the results eventually spoke for themselves.

The reliance on natural talent, the identity of being smart you’ve become so accustomed to means nothing if there’s a lack of any tangible product at the end of it.

I foresaw that continuing on the line I did would make me ruminate in bitterness, telling people “yeah, I used to read books and write and edit films when I was younger”, expecting a response that goes along the lines of “that’s great! so what have you done recently?”

So what do you expect follows after that, except a silence spawned from the regret that those plants which serendipitously blossomed on their own in early youth, have all but withered away in old age.

In other words, the problem with being recognised as precocious is that it often acts as a crutch, compared to if they persevered and utilised those skills to achieve amazing things. For those who previously felt envious of these characters throughout their walks of life, felt as if it was an injustice that these people can get away with doing nothing — here is karma’s fateful frown!

Hard work can never be excused, no matter who you are.

I overheard a conversation a few months ago that illustrated this well. There was a discussion involving two lads, one of which had recently joined the university basketball team and anticipated a future match with another team. Though he confessed he had not practised in years, he relied solely on his previous talents which he believed would ultimately allow his team to win the match.

The other guy, however, was not so persuaded.

So to conclude, for all those precocious people out there — stop relying on fruits without labour, because if it hasn’t caught up with you now, it certainly will at some point.

If you find you have and concede defeat, I will leave you with one of my favourite videos that motivate me when I find myself doing next to nothing — an interview with James Murphy (from LCD Soundsystem), describing how his life became stagnant and felt he was going nowhere in his late twenties, but made it when he started to realise what he valued.

A common attitude shared amongst precociousness is that things work out for you if you exhibit talent at a young age, but if you haven’t made it by 25 especially in the creative arts, then it’s all over.

But Murphy managed to start a record label, release records, achieve indie stardom and became a rockstar unconventionally in his thirties which ended up with him selling out Madison Square Garden.

I’ve personally always found it to be an inspiring story and proves that if you want to start doing something, then it is only you who stands in the way of achieving your true potential.

To quote Gervais a final time; “the struggle itself is the reward”.