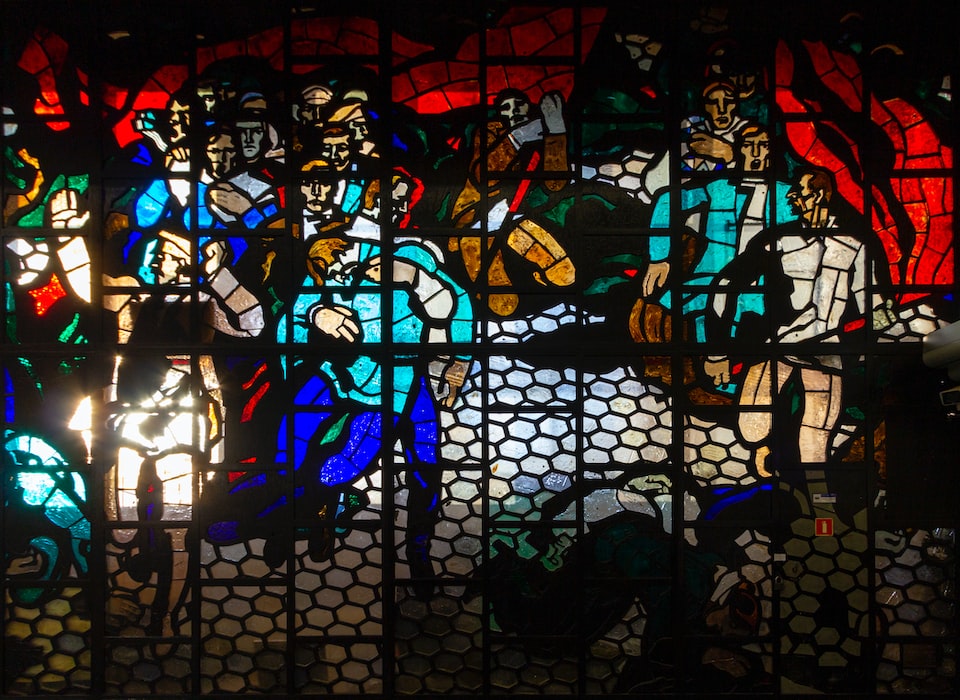 "Every day dem get up dem look ‘pon the TV, dem read the newspaper. Dem want to see the truth. But dem cyaan see the truth, because the truth will not be found there. That is why the man said this revolution will be telepathic."

Social and political revolutions are, but two kinds of revolution. They are perennially sought after, because the fundamental change we seek can only come with a change in the overarching system that control and colour the institutions we try to affect change in, such as politics, academia, and art.

The continual inaccessibility of this change can cause a cycle of anger and frustration, leaving people more hopeless than they were when they started to work towards what is essentially liberation. A painful irony.

Imagine how much energy people waste in reactionary mudslinging contests primarily based upon isolated opinions, perhaps due to the overarching issues they are deeply concerned about being so difficult to rectify. The resulting discourse can be harsh and immature – as people interact with each other on merely a surface level.

In The Problem with Wokeness, Ayishat Akanbi describes such discourse on Twitter and other online spaces as, “a digital version of the school canteen”. She explains that reactionary dialogue based on social labels leaves little room for nuance, which is integral to healthy, open, and ultimately free discourse.

Akanbi posits that seemingly polarised people would better easily see what they have in common is they were more open and honest about their feelings as opposed to their political opinions.

When the revolution is not merely social or political, but telepathic, it is unfiltered. It can’t be neutralised by a government force, weaponised by dogma, or distilled by a tastemaker. It is simply a transfer of energy from one person to another.

I feel that the natural starting point for this conversation is to explore what will be transmitted in this revolution. I would describe it as the wisdom (the light and love) we can absorb from our deity(ies), our fellow humans, and nature. Nature is the wondrous canvas shared by every being that has ever lived since the dawn of existence. It is ever-present, ultimately enduring.

Have you ever noticed similarities in the perspectives of artists and thinkers markedly separated by space and time? The parallel that clearly illustrated this idea for me was within the works of Emily Brontë and Jalāl ad-Dīn Rumi. Both of these immensely gifted writers wrote extensively on transcendence, finding hope in something beyond the oft-explored stations of sadness and pleasure.

For Brontë, the never-ending service of nature is something that has the capacity to leave despair in its shadow. To paraphrase Kahlil Gibran, perhaps the same reserve from which one’s tears flow is also a repository of fond memories - which are everlasting as nature itself.

In Faith and Despondency, Brontë writes:

“…Worldly tempests, raging wild, shall strengthen thy desire… to reach, at last, the eternal home, The steadfast, changeless shore!”.

Around six hundred years earlier, in Song of the Reed, Rumi wrote:

“My deepest secret in this song I wail
But eyes and ears can’t penetrate the veil”.

Rumi expresses that the source from which his writing emerges lies beyond the physically apparent. He goes on to say:

“You’ve tried to fit inside a jug the sea
It only has a day’s capacity”.
“While men whose clothes are ripped to shreds by love
Are cleansed of greed like this to rise above,
Be joyful, love, our sweetest bliss is you.”

We could ascribe this correspondence in their work to both Brontë and Rumi waking up to the same sun, and sleeping to the same stars. But what if we say that the stars are watching us sleep, that this perennial canvas is guiding people to similar conclusions?

And the sun, as though conscious of who and what it shares its light with, has never once overslept in all the years it has existed. Nature is always available, and whether we believe nature is controlled by something divine does not affect this. There is order and strength to be absorbed here.

These realisations have strengthened me and continue to give me peace of mind; at a time when there is a dichotomy between where I physically am, and where I want to be. I see my creative practice as a bridge between these two places – an escape from a chaotic living environment.

During this time, I’ve found conversations with those who have experienced and are consciously aware of intergenerational trauma to be really helpful. Interacting with people with who you share deep parts of yourself in common can feel like a tight embrace. Reciprocal, unconditionally loving interactions can constantly relieve us of the emotional invalidations we experience.

My aspiration for something beyond what is normatively accepted in society is coloured somewhat by my background and the experiences I’ve had. I’m a second-generation immigrant to the UK, born in a working-class town up North to two Pakistani parents.

Chameleon polyglots – speaking the language of the White British working class, while our faces speak a language many of our neighbours don’t want to know. Knowing our parents’ language but being more well-versed in English, so we challenge the postcolonial racism we experience with colonised tongues.

Or we retreat to the language of our parents – the language we see in the mirror, as the euphoric intoxication of Nusrat’s harmonium serenades our return home. But the comfort one can see in rose-tinted familiarity isn’t always comfortable.

Euphoria and intoxication are not reflective of every moment of our lived experience. How can one harmonise the ideals they accepted in a state of passion with a life that is so much more multifaceted – often mundane and challenging?

The intergalactic cry of Qawwali is an echo of what was once a widespread force for spiritual liberation and physical inspiration – an echo growing ever and ever quieter.

Tasawwuf, or the way of the Sufi, is to transcend the physical realm by seeking to be conscious of Divine love in every moment. This is in stark contrast to a now widespread Islamic framework that is cultivated and maintained through fear. When this framework is applied to the raising of a family, it can justify inhibition by cultivating aggressive dogmatism.

Along with the emotional problems this can cause as different ways of seeing are immediately disparaged and invalidated, it also constrains people mentally – as children are raised to be fearful and intolerant of difference.

The diaspora artist contains within them an endless reserve of images and metaphors to explain their identity. Much of my creative practice thus far has been a (sometimes painful) exploration of these images about familial and racial trauma – work that has been so necessary for the process of my progression.

However, right now, I would much rather use my energy to imagine places I want to be outside of and beyond my trauma. As Hawa Arsala from Reality Streaming writes, “I am not interested in… rearranging furniture on a sinking ship”.

What I am interested in is bringing my dreams to life; in revolting against that which hurts me, does not understand nor serve me. I find music to be an incredibly powerful vehicle in my process of imagining a desirable future. The revolution is multifaceted, and here, it is a means of escape.

If writing this piece has taught me anything, it is to find a way to be both intentional and free. To be present as possible in my actions and interactions, and also free to follow my inner convictions. I once thought that truth was the ultimate aspiration for art, but recently I’ve started to think art is ultimately about survival. In the socio-political sphere, activists who speak truth to power ask themselves and are often asked (in various forms) one short question: what now? Because the generally understood notion of revolution is merely skin-deep. The activists’ physical revolt against pain and injustice is a reflection of the same internal revolt. So if one does not internally revolt against the ills they encounter, how will they ever be free from them? How will their truth survive?

Whenever you see this revolt (~liberation~) vocalised, enacted, expressed – let it remind you that you are not alone in your process. Let it be a source of collective strength.

To read more of my writing, subscribe to my newsletter here. Love and guidance.  ~ Kamran