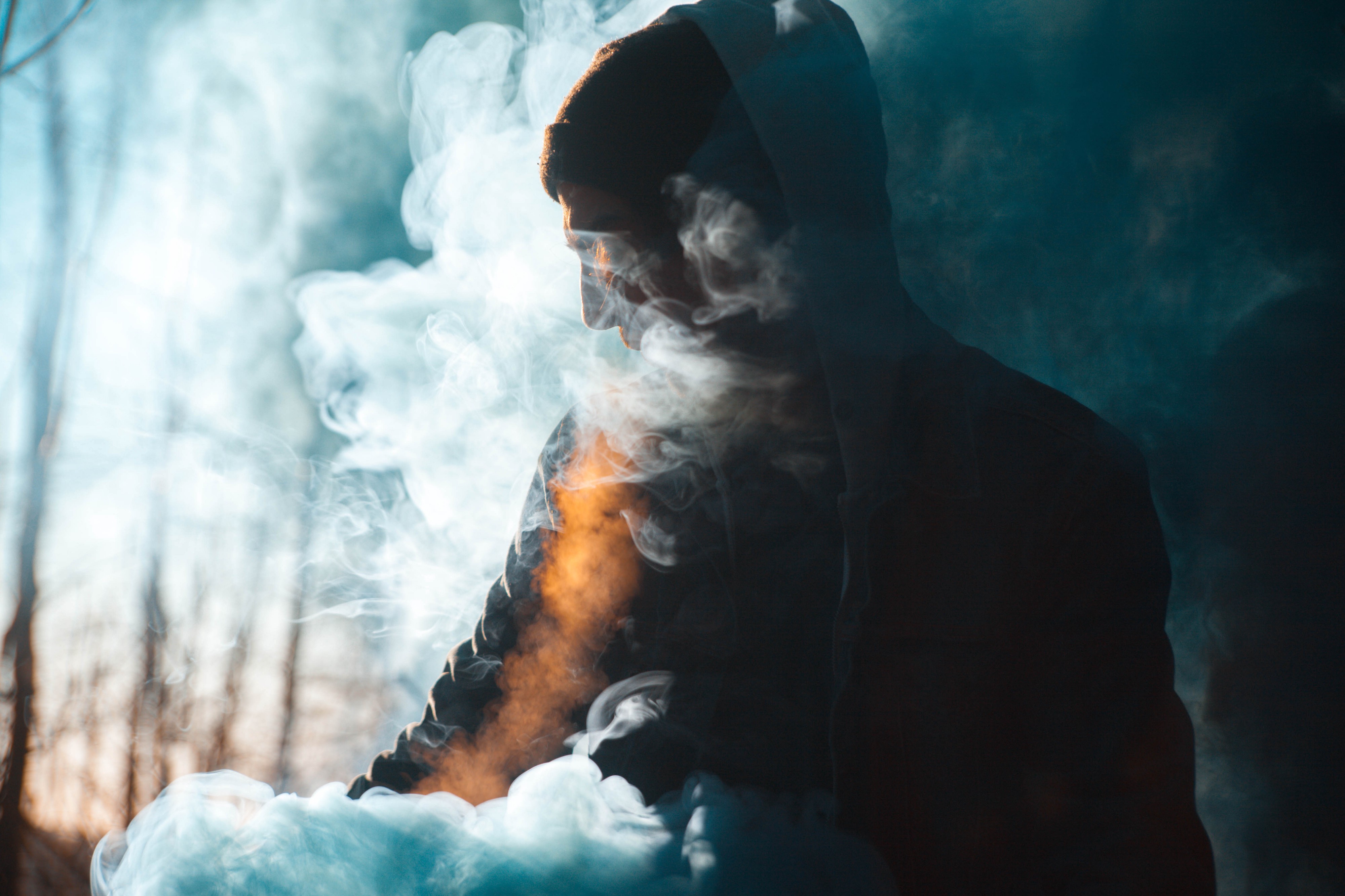 COSY does not endorse the use of illegal substances. The following article is intended strictly for educational and harm reduction purposes.  Read more.
Photo by Thomas Bjornstad on Unsplash

Stoners are quick to point out the medical benefits of weed to justify its legislation — often to ludicrous degrees. Though scientific studies support the medicinal benefits of marijuana significantly lessening tremors in Parkinson’s disease, the overconfident claims of cannabis being the ‘missing cure for cancer’ are trivial at best.

Without a shadow of a doubt, weed has been misunderstood by governments all around the world as a dangerous intoxicant with little to no health benefit. America had historically regulated the substance as equally dangerous as heroin or LSD, but public and political attitudes are warming up to the genuine medical and recreational benefits of marijuana.

Yet cannabis advocates often unwittingly undermine their claims of marijuana as a powerful medicine by choosing to ingest it in one of the least healthy ways available— smoking.

To someone completely unfamiliar with marijuana, proposing arguments about its proven health benefits weakens against the proven health problems of smoking anything.

Robert Schwartz, a senior scientist at the Centre for Addiction and Mental Health in Toronto, appears to occur in an interview with Health magazine:

“If you’re inhaling smoke, it doesn’t matter the kind, you’re creating damage,” he says. “My motto is you need to take the smoke out of dope”.

The obvious alternative to smoking (other than completely stopping) is, of course, vaping. But there is a deserved scepticism of vaping considering the infamous “popcorn lung”, as a result of ingesting certain e-cigarette fluids, and the worrying news of a potential link to deaths.

But vaping herbal cannabis is a different ball-park to e-cigarettes and takes the “smoke out of dope” as Schwartz suggests.

That’s because you aren’t subjecting your lungs to combustion which smoking joints or inhaling bongs will, nor are you breathing in artificial compounds in e-Juice.

This other type of vaporisation is called ‘dry herb vaporisation’, using modern technology to heat cannabis to an optimal temperature, releasing particular cannabinoids (the chemicals that get you high) without burning the plant itself.

I believe it is undeniably better in every single way compared to smoking weed, so here are five undeniable reasons dry herb vaping is better than smoking.

1. It conserves weed, thereby saving a lot of money.

No matter which country you live in, a big problem with weed is that it is expensive and/or difficult to procure. It is a finite resource that seems to magically disappear with time, as does your wallet when building a regular habit.

Those who have switched to dry herb vaporisation herald the indisputable benefits of conservation compared to smoking joints. Where an average joint might use around 0.3g of marijuana, most vaporisers could give you a comparable effect for about 0.1g of your product.

That’s approximately a third of the amount you could’ve smoked, with no compromise on the result.

This means you can get high for a lot less, without necessarily cutting back on the amount you smoke. You can make your weed last, whilst seeing your habit less as a problem because you spend less money, and smoke a lot less.

In fact, now, you don’t really smoke at all.

2. You have much more control over your high.

One of the coolest things about vaping weed is the greater amount of control in the type of high you want. Most vaporisers allow you to control the heating temperature of the herb, in turn allowing you to choose with greater accuracy which cannabinoids you ingest.

Smoking weed is complete combustion, meaning there is no choice in the types of cannabinoids inhaled, very often releasing harmful toxins into your body.

It contributes to the reason why many first-timers attempting to medicate might have bad experiences; it can be overwhelming to ingest so many new chemicals at once, as your lungs are struggling to handle it.

Choosing which cannabinoids to release effectively puts you in the driver seat, catering the high for smarter and responsible consumption.

Are you using it exclusively for medicinal purposes? Maybe stick around the 165°C mark.

Just looking to have a good time without the usual social anxiety or paranoia? 195°C sounds like the spot.

It goes to show that using new technology can bring about those medicinal effects which pro-cannabis activists swear by, without using an archaic and counter-intuitive means of bringing it about.

If cannabis really is a medicine, wouldn’t you want to ingest it in the least harmful way possible?

3. You can reuse what remains of your vaped weed.

Once you have finished vaping your product, don’t throw it away! You can actually re-use the remains as edibles to maximise as much as you can of your weed.

The community calls these remains, ‘ABV’ (simply meaning ‘Already Been Vaped’), and it is valuable for cooking into edibles, concocting tincture, or like some savages, throwing it raw onto a peanut butter sandwich for breakfast.

If you have been vaping the weed below 200°C, chances are that all of the THC has not yet been completely extracted by vaporisation. For someone looking to get the most from their weed, collecting ABV over time can quench those tiresome weed droughts.

What’s better is that vaporisation makes the process of cooking edibles a lot simpler. With normal bud, to get the most from the herb, you would have to use quite a lot of weed and extract it into canna-butter or oil to activate the THC for maximum efficiency.

But by already vaporising the weed earlier, the THC has been activated, meaning you don’t have to do any of that — to the extent where you could just eat it as is (but it won’t taste very nice without curing it, however).

ABV sounds like a much better leftover compared to the ashes which remain from smoking. Once again, it solidifies vaping as the most efficient way of getting the most weed.

4. It is far more discreet.

Indeed, what could the ritual of smoking weed be, if it didn’t have such a pungent, recognisable aroma? It can be a nuisance when going to great lengths to try to keep it private from those who find it objectionable.

Thankfully, vaping can help all that.

I should be clear now that it doesn’t completely eradicate the smell, but it is certainly a huge improvement over smoking it.

No longer will the scent stick to your clothes, nor will your weed-induced paranoia get the better of you by thinking in the back of your head that “they definitely know I’m waved”.

Scent aside, most people from afar will see a vaporiser as just another e-cigarette, and the last thing they would suspect is that you’re getting high.

Unless you make it incredibly obvious with a Pink Floyd shirt and rolled up jeans revealing HUF socks, it’s a great advantage to make your habit a lot more discreet and responsible than smoking.

5. It doesn’t slump one into idle states of inactivity.

It gradually comes on, but the end result is still getting very high.

Anecdotally, I have discovered there is a feeling of lightness with the high received from vaping that doesn’t slump me, in the same way, smoking weed does. It’s never been easier to be productive and high at the same time — taking a few hits and sitting to meditate, or writing, or going about my daily business.

My motivation levels are the same, my sleep not so different, and I don’t see it being the hindrance it once was to achieve my aims for the day.

It fundamentally helps to change attitudes around weed being a drug for lazy people, and that one cannot amount to anything with a weed habit. If you are a vigorous go-getter impartial to the odd hit, then vaping weed could be just the thing to get your life back on track.

But make no mistake — the high is not a compromised form of smoking, but an enhancement.

As with most things in the modern-day, technological innovations grant us to walk into uncharted territory and abandon relics of the past, and vaping weed appears to be the next skipping stone after smoking.

It is healthier, cheaper, more efficient, more interesting, smarter, and brings out the best of what cannabis is reported to do.

But that isn’t to say that dry herb vaporisation is entirely healthy —as with all uncharted territory, we don’t know the long-term effects yet as it’s a new technology, but it is almost guaranteed to be less harmful than smoking.

A study confirmed that significant repository improvements in subjects who switched to dry herb vaporisation, claiming “the vaporizer has potential for the administration of medical cannabis and as a harm reduction technique”.

But be warned that the efficiency of vaping cannabis is a double-edged sword. A 2018 study compared the amounts of THC ingested from a group that smoked through a pipe and a group that used a dry herb vaporiser.

The results demonstrated that there were much higher levels extracted from dry herb-vaporising, attesting to its efficiency, but that also increases the list of adverse effects particularly to those predisposed to panic attacks when high on marijuana.

The appeal for dry herb vaporisation is here to stay, as the technology establishes its place in the mainstream. The vaporisers are also delightfully creative; from Storz and Bickel’s behemoth Volcano to PAX’s vaporiser that looks as if its inspired from Apple, it is exciting news for weed aficionados and marijuana patients everywhere to ingest cannabis in a progressive, health-conscious way.