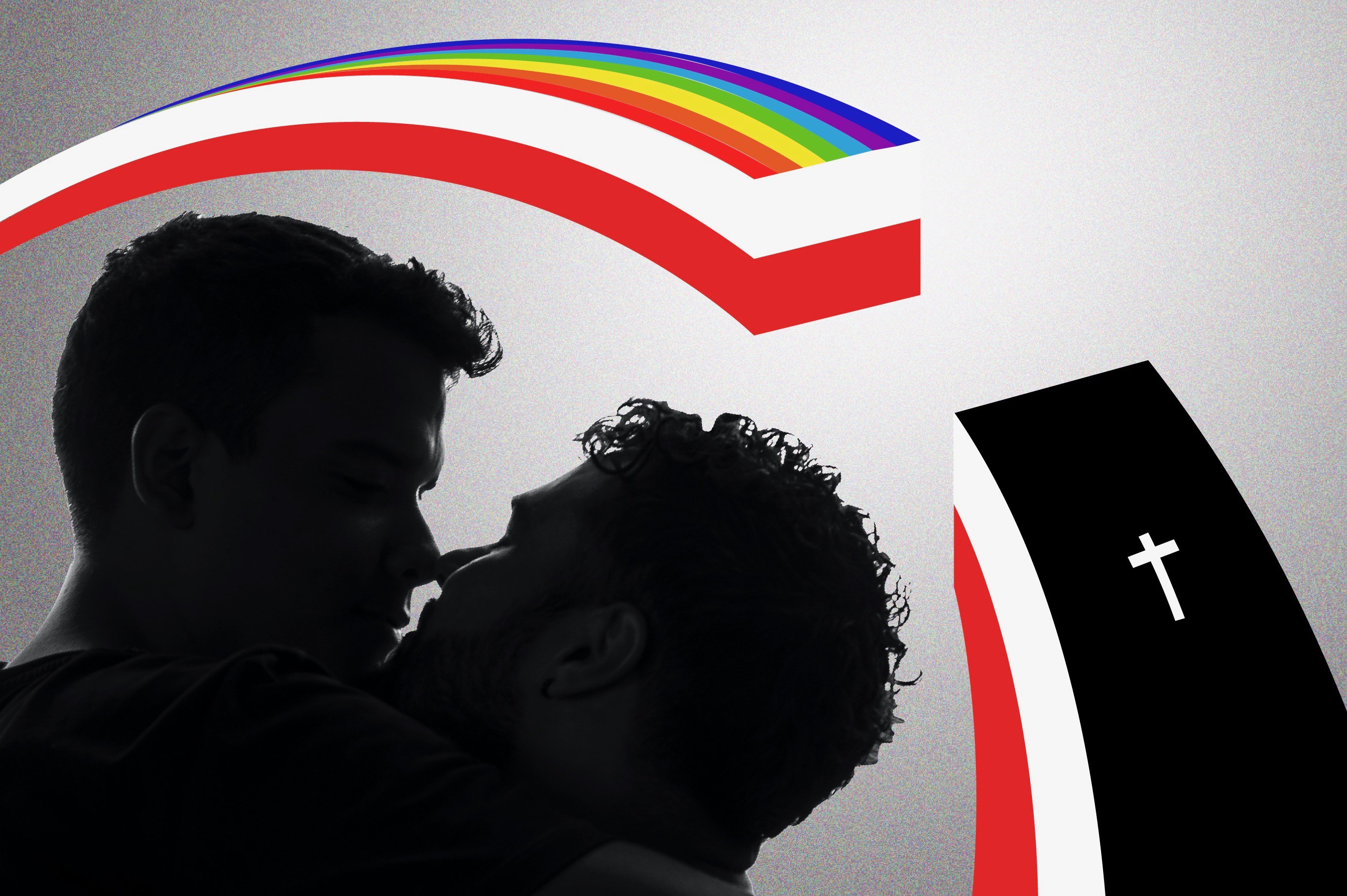 Founder and Aesthetic Designer of COSY. Creating a safe space for all perspectives!:)

“The LGBT are not people” were the recent words of Poland’s president, Andrzej Duda of the Law and Justice (PIS) conservative party. As of June 2020, a third of the country is now an LGBT-Free Zone.

Poland, as a majority Catholic country, sees the LGBTQ+ community and ‘ideology’ as a threat to children and the family as an institution. Polish politician, Beata Kempa, claiming that LGBTQ+ events and marches “discriminate against Christians”, and that the minority shouldn’t “push their ideology” onto the majority.

The Polish Constitution states that; “Marriage, as a union of a man and a woman […] shall be placed under the protection and care of the Republic of Poland.”

Although homosexuality is not illegal in Poland, no laws are protecting queer people from hate speech or violence, and the state doesn’t recognise civil partnerships as a legitimate marital bond.

Campaigning for basic human rights is seen as a threat, undermining the foundations of many institutions in Poland; marriage, religion, family is at the core of traditional Polish beliefs.

As a Polish citizen, living in the UK, it is heart-breaking to see my country straying further and further away from the acceptance of different races and orientations.

So, What Is An LGBT-Free Zone Exactly?

It represents a rejection of LGBT ‘ideology’. Ideology being a so-called ‘rainbow plague’; a disease; a threat to every institution Poland holds in its traditions; a predatory threat to children. (Insert any other LGBTQ+ stereotype here.)

By establishing LGBT-free zones, the government want the queer people of Poland to know they are not welcome here.

The people inhabiting these areas are encouraged to refrain from tolerance of the LGBTQ+ community and actively fight against them.

The government claims they’re fighting an ideology, not people, yet fail to realise there is no ‘agenda’ or ideology, there are just people, standing up for their humanitarian rights. This reality is not acceptable.

The Rise of the Far-Right in Poland

Due to the rise of Euroscepticism (also seen in the Brexit campaign) in recent years, the Polish government, spearheaded by the conservative PIS party, have strayed away from the Leftist Ideology displayed by the EU. This reflects their stance on the LGBTQ+ community and immigration as a threat to national identity.

The Polish government’s vision of the ‘ideal west’ is embodied in the workings of US President Donald Trump, from his stance against immigration to extreme Nationalism. Poland seeks to be a mirror of the US in Europe:

“And so I am here today not just to visit an old ally, but to hold it up as an example for others who seek freedom and who wish to summon the courage and the will to defend our civilization.” — Donald Trump 2017

Most recently the 2020 presidential candidate for the Confederation Liberty and Independence Party (a Far-Right nationalist group), Krzysztof Bosak (a mix between Nigel Farage with a hint of conspiracy theorist), declared that guns should be easily accessible to the Polish public. The justification being that a disarmed nation is defenceless and we should follow in the footsteps of the soldiers that liberated the Polish nation.

It seems the Polish Far-Right politics is lead by fear.

Poland has suffered much suppression of national identity in the past several centuries. We have only been a sovereign state for just over 100 years, despite our history dating back to the 10th century. There is much pain in the history of Poland, and this has clearly translated to the modern-day.

The Far-Right feeds on this fear.

The support of the extreme Far-Right is not a reflection of the ageing population. The 2020 elections, worryingly showcase the overwhelming support of the Confederation Liberty and Independence Party by young people up to the age of 29.

This indicates the continual socialisation of the Polish youth through the lens of hatred and violence towards difference. Creating a never-ending cycle of the normalisation of discriminatory attitudes in Polish homes.

I am lucky to have grown up in a family promoting love and acceptance. However, I realise this is not a reality for a lot of Polish youth. Derogatory, homophobic slurs are very normalised and rampant in Poland. Often being used in films and comedy specials on TV.

When your ignorance is supported by your government, and never vilified, why would you try to change it?

Although the PIS party claim they are not fighting the people, their own propaganda has lead to an increase in discrimination and violence against the LGBTQ+ community in Poland:

12% of respondents suffered in the past two years (2010–2011) some sort of physical violence motivated by homophobia. 40% reported repeated violence over the past few years. — Violence Against LGBT People In Poland 2013 Report

Queer people in Poland, do not trust the people in power to help them, they are aware and constantly reminded of the institutionalised homophobia and in turn, fail to report such violence:

“Overall, barely 10% reported the crime to the police and half of those who did were maltreated by police officers.”

The constant neglect of basic human rights by the PIS party has to lead to the defaming of Poland as a country:

Poland is the worst country in the European Union for LGBT people, according to the annual “Rainbow Map” produced by ILGA-Europe

Is There Hope for the Polish LGBTQ+ Community?

PIS is manifesting a hateful stain on a country that has survived much adversity, from Nazi to Soviet regime. It is leaving behind a history of continued violence and suppression of human rights, the same rights it has been trying to rebuild since the collapse of the Soviet Union.

In the past we have seen revolutionary moves for the LGBTQ+ community in Poland; with Anna Grodzka becoming the first transgender woman to be elected in Parliament in 2011, third in all of Europe!

The regions of the country with PIS party majority support, correspond with the newly-established LGBT-Free Zones. Therefore, as long as the PIS party are in power, I don’t believe we will see a change.

As I am writing this, we are in the middle of the 2020 Polish Presidential elections. Currently, Andrzej Duda of the PIS party, is in the lead with 41%, with pro-LGBT candidate Rafal Trzaskowski, following closely with 30%. The results of the election will be in on the 12th July. There is still time to vote!

Activist, Bartosz Staszewski, is a beautiful example of the boldness fearlessness of the Polish LGBTQ+ community.

In early 2020, Staszewski travelled to LGBT-free zones, intending to photograph queer people from these areas alongside the signs seen above.

“By my project I want to show LGBT-people that politicians choose to be enemy of tradition, family and Catholic values. I continue my project and I want to visit 37 city, province and counties, with a view to documenting LGBT people, listening to their stories.” — Bartosz Staszewski

It is more important than ever to uplift LGBTQ+ voices in Poland. Letting the government know minorities will not be silenced, with determination and force. If you can, please go and take a stance against the rampant violation of human rights in Poland by voting this July! Change can only happen with action.

I would highly recommend checking out Bartosz Staszewski’s website to learn more.

If you’re a Polish citizen living abroad, you can use this site to register for a postal vote!