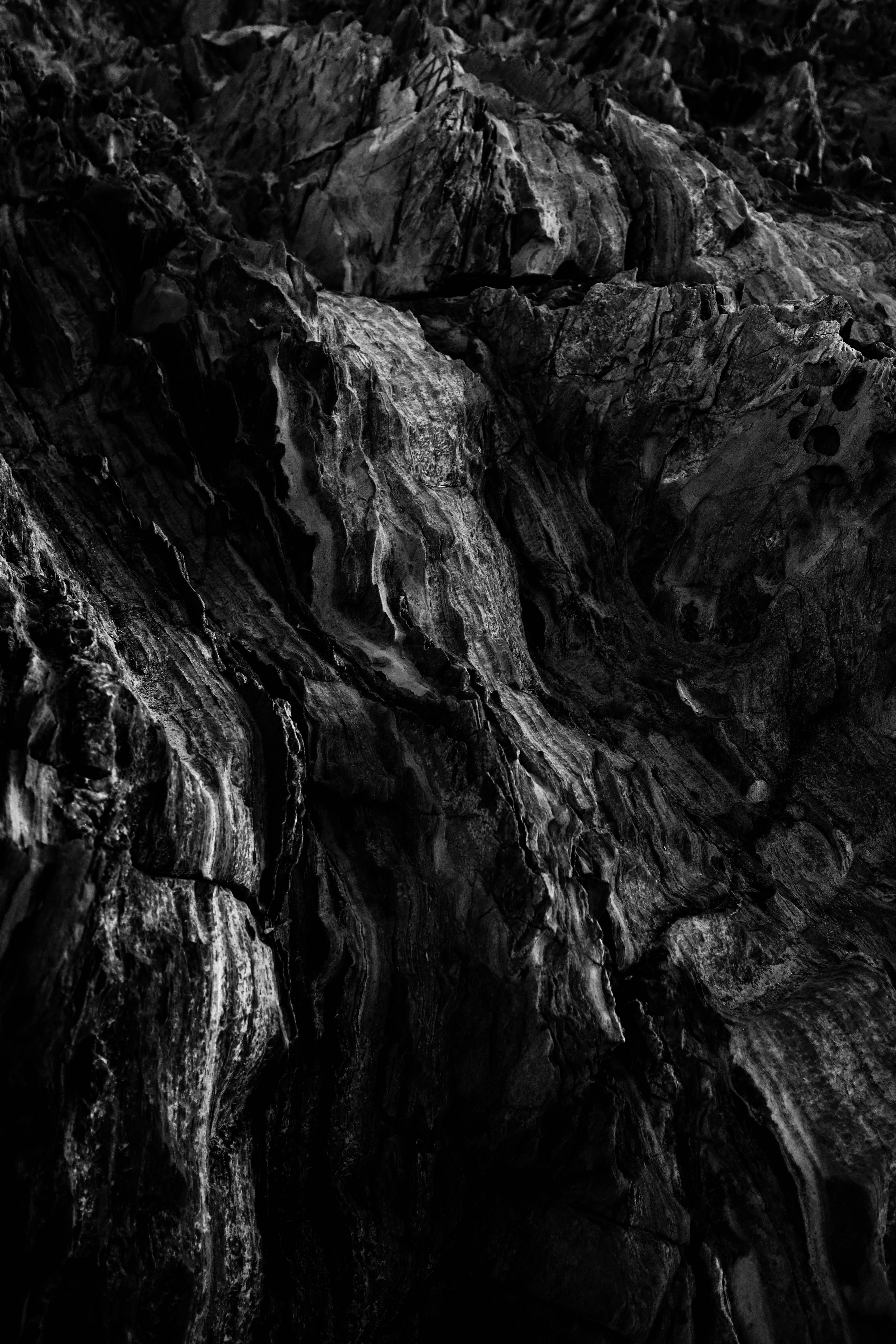 Photo by Adrien Olichon from Pexels

This is somewhat of a sequel, where I began exploring the concept of the personal void. I defined the void as an endless expanse of emotional pain and/or the lingering knowledge that we all die. Grief, trauma, and mental illness make the void ever-present in our lives. But is our personal void simply our own? Is there a collective void?

I began writing this before the uprisings in Minneapolis sparked uprisings of Black liberation and justice across the world. Since then, I’ve attended two of the protests in Denver, I’ve done a lot of reading and re-reading, and I’ve done a lot of introspection into how I benefit from white supremacy. How I have fucked up in my anti-racist work.

I am honestly feeling quite apprehensive to even publish this post; I don’t want my white voice to drown out Black voices, and there is a large and loud cacophony of white people suddenly talking about white privilege, white supremacy, and racism from many different perspectives like they’ve understood it their entire lives.

Some of the hot takes are super shitty and don’t add anything productive to the conversation. And then there are the whites counter-protesting the protests, inciting violence, or planning for something bigger. It all just makes you want to resign your head into your palm forever, but doing so would just be an act of complacency.

First and foremost, white people should listen. Seek to learn before speaking. Listen to and support Black people. Protect Black people. Be introspective about how we benefit from white supremacist structures of power and privilege. And how our own biases have impacted or could impact the Black people in our lives.

This is a story about my experiences with race and racism and how the largest and most important shadow in our collective void is racism and the legacy of slavery.

White people’s voices don’t need to be glorified right now, but what I hope is that this story will help other white people recognize their biases and understand how they benefit from and uphold white supremacist systems so that they can begin to take steps to become an accomplice to Black people in their lives and communities. Talking about our experiences and having these conversations is a part of how we learn and grow. These conversations are good and necessary.

I remember the first time I did something racist. There was a little boy in my pre-kindergarten class named Marcus whose first language was Spanish and who was still learning English. One day he was standing in my way to get to the toy chest, just standing there.

I asked him if he could move, and he didn’t respond to me, so I pushed him out of my way, yelling:

“Why can’t you just speak ENGLISH?”

The teacher and her assistant rushed over to check if he was injured and to pull me away for punishment. I remember my mom was so pissed. She wondered aloud why I would ever do or say something like that.

Now that I think about it, I’ll bet that the other kids in class made fun of him for being different, and that made it normal for me to treat him unfairly.

Of course, being the four-year-olds we were, we immediately made up and I remember being great friends with him the rest of the school year. But I sometimes think of the impact that interaction could have possibly had on him as he grew up. As we get older, things aren’t so simple.

I remember several instances throughout my life where I learned problematic and just completely wrong things about Black people. The way I think of it, it’s like our minds reach for the closest reasoning to make something that happened make sense. Because of our white supremacist culture, white people’s emotional reasoning often leads to racist thoughts and behaviours.

Growing up, my mom raised me to understand that people are just people. I was surrounded by Black people who I loved. My mom had a boyfriend who was Black when I was a teenager and then eventually married a Black man later. I remember going to see Ruby Bridges give a speech when I was ten, and I was so excited to meet her after watching the movie.

We lived in a neighbourhood with a Black church a block away that we visited a few times. We were always invited to cookouts, and I loved my community. Whenever I learned about the racism that happened way back in the “olden days.” It is very much debatable that I was raised with a mindset that was either colourblind or that glorified Black people.

On the other hand, my best friend’s dad was straight-up racist and I remember him sometimes using the N-word to refer to Black people in private and then smile at them in person, boastfully calling them “brother” or “sister.”

In wildly differing surroundings like this, it often made it difficult to determine what stories about Black people were untrue. Other people’s biases are hard to ignore when you’re an impressionable adolescent trying to make sense of the world.

I can remember pretty clearly one night when I was thirteen years old, I was waiting in my mom’s car who was in the general store a block or so away from our house. Three Black boys around my age that I didn’t know surrounded the car on their bikes, taunting me and calling me a faggot. I was pretty femme even before I realized I was a woman and transitioned.

Everything that happened in our history has brought us to this very moment, and all the trauma, bloodshed, and oppression that led to this moment is raising its head out of the void, whether or not America is ready to confront it.

When I went to college in Richmond, Virginia, I met a lot of amazing, unabashedly radical and queer BIPOC who I thought was the fucking coolest, honestly. Their worldviews challenged me to develop and solidify my own.

When I learned about critical race theory, Black feminist theory, abolition, and anti-racism, I understood that racism isn’t just displayed by those who are outright, hatefully racist. Racism can be more insidious when we consider bias along with systemic racism.

Because I’m white, I benefit from white supremacist structures of power and privilege that amplify our differences as negative instead of “celebrating our differences.”

It’s been a decade since I began anti-racist work with myself, and I know that I still mess up. I’m continually learning every day how to be and do better. And I’m realizing and learning how I haven’t always been a good ally, and that there really isn’t such a thing as allyship.

Despite remaining friends with many people on social media, I’ve moved away from the town where my identity as Emma and my Black-woman-and-queer-inspired worldview was born. I’ve lost touch with many people from that period in my life, and lately, I’m wondering why I invested in some relationships and not as much in others. To be fair to me, I hardly talk to anyone regularly.

For white and non-Black people, confronting our racist demons (or our implicit and explicit biases) is just as important as facing our trauma, our grief, and even our own oppression.

From an intersectionality framework, all systems of oppression are interwoven because they’re based on systems of white supremacy.

But don’t give me claps or a cookie because I continually assess my own racism and how I benefit from white supremacy. It’s the bare minimum and a part of the healing that all white people should constantly be doing, in my opinion.

As the social group with the most privilege and power, white people generally have a hard time feeling empathy for people of colour, but especially Black people. The trauma of slavery and its heritage, and white refusal to own up to it and destroy our biases, is a curse on America’s very existence. We don’t have a right to say shit about how other countries might systematically oppress their citizens when our country was built on the backs of slaves.

The rage pouring out of the hearts of Black people as they challenge these racist systems is a response to white disconnection from empathy. Police brutality has been happening for a very long time, but it’s only recently gotten more noticed by white people.

Black people don’t have the privilege of looking away from the trauma.

White supremacist structures of power and privilege are the largest shadow or the id in our collective, cultural void, sowing division in everything we do and everything we are as human beings.

When I think about the void lately, I feel like it can be many things. On the one hand, it’s where our pain goes. It’s where our trauma lives. The void is a mirror of our darkness and evil.

What if our minds are capable of infinite creativity and imagination but we can only recognize our power when we fully embrace and name and deconstruct the grief and trauma that is swirling in there. The void is where creation happened and continually happens.

Take a look at consumerist, capitalist culture and you will see what exactly it is that we toss into our void to make ourselves feel better, for the pain to stop echoing out into every facet of our lives.

But it still does echo and leaks into how we interact with one another and with ourselves. At the rate we’ve gone, that pain will never stop.

And we are literally destroying our planet with this rampant consumerism.

Acknowledging and engaging the shadows that lurk within our collective void is critical right now more than ever.

If we recognize this potential for a big bang within our personal and collective voids, once we’ve pulled all the shit out and named every part of it for what it is, what would happen then? In protest and riots and activism, changes are happening right now.

What happens when we realize that all of our voids are connected to the larger, collective void because we share the same pain, loss, grief, and trauma throughout life? We are connected, but we need to own and celebrate our differences. And we need to come together and fight for liberation now.

I’m listening to and reading a lot of Black women and transgender people lately, thinking a lot about what it means to abolish police and prisons. I will leave you with the words of one Black woman, and words I firmly believe in the core of my being:

“Our only hope for our collective liberation is a politics of deep solidarity rooted in love.” — Michelle Alexander