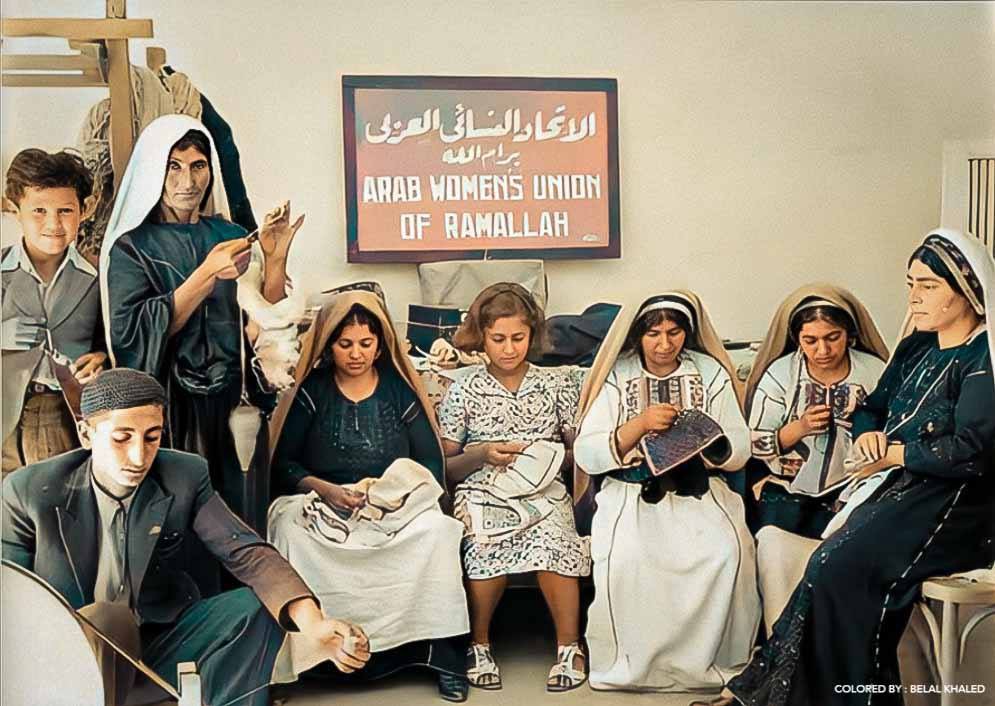 This is a story for a new perspective on women’s human rights, to shine the light on these individuals who have been struggling for 72 years, for women and girls who still face discrimination on the grounds of religion and race; for women who still fight the occupation to have their rights.

The following story is based on the true story of a woman who just wanted to live her life with peace.

In 1967, where Jews occupied more than 75% of the Palestinian territories and displaced millions of Palestinian citizens. There was a woman named Mariam. She was born in Jaffa “Yafa” in 1962 and lived in the Palestinian refugee camp in Qalandia.

Despite the difficulty in obtaining education, health centres, and good social services, this woman excelled in her education from first grade all the way until college. She studied in the Faculty of Educational Science to become a teacher.

There was also a man named Mohammad. He was born is in Jericho “Area” in 1962, just like Mariam. From the fatigue of the path to Palestinian refugee camps, his mother decided to leave him because she was no longer able to carry him. It is one of the most painful things thinking about something tragic like that, as she cried a lot. But fortunately, Muhammad’s 12-year-old sister at the time decided to empties her bag for carrying him easily.

After this, his family reached Nablas and live in the Palestinian refugee camp in Nablas, specifically in the Balata refugee camps. He too excelled in his education throughout his alma mater and went on to study for a diploma in GIS engineering.

So how did Mohammad and Mariam become to know each other?

One day, Mohammad decided to see a friend who had returned from Europe. His friend was staying in the Palestinian refugee camp in Kalandia.
On that day the sun was so cruel, and Muhammad walked to Qalandiya crossing, and suddenly heard the voice of a woman who seems very angry.

He quickly walked to the Qalandiya crossing to help that girl, whenever he approached the voice, he increasingly felt pain in that voice. Finally, Mohammed arrived at the crossing. That voice was a 20-year-old woman, her name was Mariam. The Zionist soldier didn’t let her back home, even if her house is on the next side of the Qalindia crossing. The soldier took this action for no reason, other than to stop her from going back home.

Muhammad said to the soldier “let the woman back to her home” The soldier looked at him and said. “These are the routine procedures we always do.”

“Routine Actions!”, Mariam shouted. “I’m here for more than an hour for no reason, and you say ‘Routine Actions’”? “Shut up, and obey the orders”, the soldier responded.

Muhammad asked, “what are these commands, that make you this woman stop for more than an hour without any reason?”

Muhammad reached the highest degree of anger, they waited for more than an hour in that blistering heat, interrogating this soldier again and again to no avail.
After a few minutes, the soldier attacked Mariam. He thought she wanted to attack him or to cross to another side, but she only needed some shade to protect her from the sun rays. Muhammad ran to defend Mariam, but the soldier shot Muhammad’s leg as he fell on the pavement. Mariam, shocked by this horrible attack on Muhammad, then screamed to get some help. The soldier stood smiling and proud of his ‘victory’ on this civil person.

Muhammad was bleeding hard. After a few minutes, some passer-byes started to help her and move Muhammad to the hospital. Mohammad needed surgery, and thank God, he came again to life.

When the soldier attacked Mariam that was the straw that broke the camel’s back, which led Muhammad to attack the soldier.

Muhammad’s friend came to see him, to know what exactly happened with him and the woman they would later discover to be Mariam. They spoke for hours, and Muhammad told his friend everything particularly that he had very strong feelings for Mariam.

“She is a beautiful girl. Like a branch of jasmine, in an anciently sacred neighbourhood. Beautiful as a jump on the wall leading to the Sea of Haifa,
and the walls of Akka and Yafa.”

His friend, puzzled, asked Muhammad; “are you sure that the story of the soldier is that only thing controlling you? Or are you actually in love?” But from Muhammad’s poetic words, it was clear that he was.

The sincerity of Muhammad and Mariam’s love was wonderful and not like any love, and Muhammad who sacrificed and offered everything to get the love of this woman did not compare with any other love.

But I forgot that the occupation of this deadly disease on our land will intervene in this story, just as the occupation has allowed this wonderful story to happen, and I’m not surprised if the killer’s hand destroy this story.

One day in 2009, Mariam prepared to go out to work like usual. At the Qalandiya crossing on the pretext of an attempt to assassinate a Zionist soldier, these soldiers killed Mariam in cold blood.

With three bullets these killers shoot Mariam and ending her life.

When Muhammad received this horrible news he couldn’t stand it… he completely collapsed. He did not imagine that morning when he saw his sweetheart, it would be the last time he would see her. He did not know that this occupation would seek to divide them once again.

He could not imagine what his life would be like without her. He lost his mother and his father, and she was the only one who had stayed. Not anymore.

In 2018, Muhammad went to Mariam’s grave, and his daughter Yafa was with him. He spoke to her grave:

Our daughter graduated from university and studied the rights to become a lawyer to the defender of cases that same yours. Mariam is here with me, you never left me. Our daughter is like you in her smile and in her eyes, and she’s like you in insisting on the right with no fear of anyone else.

This story is dedicated to the soul of “Amal Taqatqa”, who was killed on a soldier’s hands when she went to take her daughter to school.

Amal is not the only woman who suffered from this occupation.

All these women were arrested without a fair trial, even some of these women could not see their lawyer. This is just one of many stories of women currently struggling, and fighting for their rights to live.

All our thoughts and prayers go out to those women’s souls that killed by the Zionist government, and all of those women suffering in Zionist prisons.