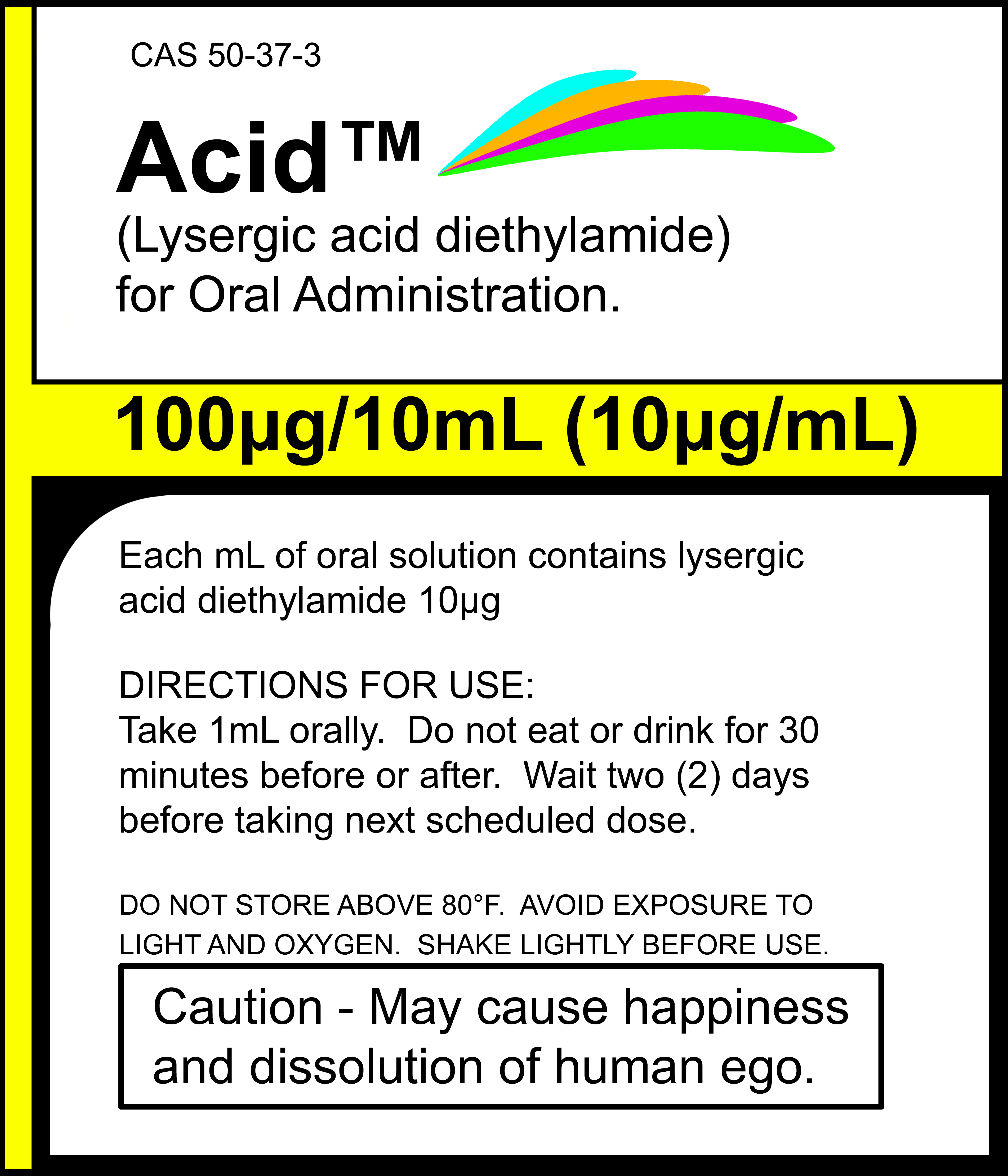 As we all know, the Coronavirus pandemic has detrimented so many areas of modern life. But I believe mental health services may have been neglected the most, particularly in the UK.

Speaking to some friends, I learned that the waiting list to have an initial enquiry with a councillor through the NHS had been eight months.

This was a frightening fact for me, considering just how many of us have experienced problems with our mental illness this year. Even worse, I thought, for those who are suspectible to suicide having to wait that long.

According to Mind, more than half of adults and over two thirds of young people said their mental health had deteriorated during the period of lockdown restrictions. No wonder that nearly a third admitted to using alcohol and illegal drugs to cope.

This, and the notorious dismissal of public mental health services by the UK government years before the pandemic even happened, has led many to take their mental health into their own hands; seeking out private therapy, meditation and yoga.

But a minority of people, such as myself, have resorted to another kind of treatment.

Microdosing has gained a lot of media attention (particularly as a Silicon Valley trend), allegedly enhancing performance, creativity, and general happiness in life.

It involves taking a minimal, ‘sub-perceptual’ dose of a psychedelic drug (like LSD, or psilocybin mushrooms), which is too small for the user to have a full-blown trip.

And that is exactly the point; to barely feel the typical psychedelic effects, so one can integrate the benefits of what these drugs have to offer into everyday life.

Some microdose different substances for different reasons. To my surprise, microdosing ketamine has gained a surge in popularity as an effective anti-depressant, which allegedly has a rapid onset in tackling suicidal thoughts, as well as benefits for pain relief, due to its efficacy as an anaesthetic.

But when people mention microdosing, more often than not, they’re talking about LSD for a few reasons.

It tends to include high energy levels throughout. A recreational dose lasts 8–12 hours, which causes many to believe it to be a viable alternative to caffeine.

Finally, compared to many other drugs, it also has a low potential for addiction and physical harm.

But despite the media coverage, we still don’t know a great deal about microdosing these substances, and whether they can truly deliver on these promises.

Studies so far have been generally positive about the effects psychedelics could have on both physical and mental wellbeing. But due to the War on Drugs prohibiting scientists for the better half of a century to conduct meaningful research on psychedelics, we’re still at the beginning of truly understanding them.

Many suspect that using and even microdosing psychedelics is risky for someone with schizoaffective traits, particularly someone who is diagnosed with bipolar disorder or schizophrenia, as it could trigger the onset of symptoms for someone who is already predisposed to these conditions.

So whilst attention on microdosing approaches it with wanderlust, it’s worth mentioning that it shouldn’t be seen as some magical potion.

It definitely has the potential to depereciate people’s mental conditions rather than necessarily improve them, and this fact needs to be underlined before some of you get the wrong idea.

Why did you want to microdose?

I’ve been interested in microdosing for a while, due to my curiosity of novel experiences, lifelong experience with trauma, and my general familiarity with psychedelics. I feel generally well-equipped to uncover uncomfortable thoughts and feelings should and when they arise.

I was approaching a time in my life where I wanted to cut down the coffee, but retain enough motivation to perform my daily tasks.

Coffee is great, but it can sometimes put me in overdrive_,_ feeling too task-oriented, where I was instead becoming more in-tune with meditation, awareness and, feeling in the moment.

I’ve always heard a lot about the benefits of microdosing Acid, and after a history of psychedelic adventures, the thought of having a full-blown trip makes me nauseous. It makes me question whether the age-old mantra “turn on, tune in, drop out”, is even the most optimal way of taking these psychedelics.

So for me, microdosing was inevitable.

How did you do it?

I had to be extraordinarily clear and disciplined with the microdosing regiment, because I wanted to see whether it would truly be effective as a cognitive enhancer or anti-depressant that I could integrate into my normal everyday life.

The tolerance of LSD is said to reset from 3 days to over the course of a week. Like many have done before, I decided to microdose three times a week. I also intended on increasing the dose as time passed, as I will no doubt build a tolerance which could make future microdoses less affective.

Some people cut these tiny tabs of LSD into little pieces, and microdose it that way. But from previous experience, this leads to accidental trips (which can be either hilarious or frustrating; depending on the circumstance).

So for the sake of accuracy and science, I volumetrically measured each microdose by soaking a tab of acid in a beaker of distilled water which holds 100ml, and left it to soak overnight.

This would ensure that 1ug (microgram of LSD) is equivalent to 1ml.

As with every drug, its efficacy depends on so many individualistic factors like body weight, so finding the right dosage is trial and error.

I decided to start with 10ml, and worked my way up using a microdose calculator, which takes into account one’s tolerance, and suggests future doses from then onwards.

I decided to microdose for at least a month, alongside meditation practice, and journaling my mood to track key changes and patterns in thought and behaviour.

For that reason, it’s easier to recall thoughts and feelings I had over that month, and I’ve decided to summarise a few so you get the jist:

Mood Journal Entry: “Inner happniess propels me the energy to continue forwards. I want to keep a fresh mind for every activity, but try doing a little bit each day. I should retire each activity when I can look forward to doing something the next day.”

“Microdosing and meditation has reinstated this idea of Beginner’s Mind, where approaching all daily habits with a fresh mind allows one to see the beauty in something despite being accustomed to it.”

“Feeling blessed with the people around me. Loneliness is truly an illusion; in the midst of a sour mood, we tend to forget everything and everyone who makes us feel understood.”

As the month went on, the need (or want) for microdosing was reduced. Not so much because it was a hindrance to my daily life, but because I was able to foster a greater understanding of my self that continued even on my ‘off days’.

I came to appreciate my subconscious, and how similar to body language, it reveals important messages that the conscious mind can learn from.

For example, when I was annoyed by a particular incident like my car breaking down, during my twenty minutes of daily meditation, I was able to notice the persistent chatter in my head telling me that everything is shit.

But I was able to calmly accept these thoughts, rather than forcefully change them, and this lead to them passing away in its own rhythm.

For productivity, unfortunately, it didn’t really work out for me.

Some might say that’s because my microdosing was too high even when I reduced it to 15ug. Though that might be true, I still managed to complete everything I wanted to do on those days. I was just more interested in goofing around, and appreciating the subletitles and playfulness in the experience of life.

I experienced the greatest benefits by far on the off days, where a sense of approaching every task with a genuine childlike curiosity continued long after I’d even microdosed.

Not describing myelf so much as an anxious persion, I was surprised to learn that much of my social anxiety disappeared. I was able to engage in easy conversation with strangers, and felt more determined to reach out to people for a general chat, feeling a lot looser and more courageous in social interactions.

I came to see everyone as human, my seemingly isolated thoughts as also human, and therefore my life as being part of a wider, shared human experience.

What did you learn?

Confidently, I can say my month of microdosing had been a pleasure.

The way it took me out of habitual ways of thinking to gently allow me to see things differently, demonstrated the potential it had for continuous chains of negative thought cycles like depression and anxiety.

But how much I can attribute my positive results to microdosing Acid alone, is difficult.

I believe it is the conjuction of microdosing with healthy and productive habits, mindfulness, and journalling which resulted in positive effects.

The synergy with meditation sharpened my sense of awareness, enabling me to accept conflicting thoughts in the back of my mind, and change thought patterns at the very front.

Hence why I’d like to reiterate that it isn’t as easy as taking a drug, and suddenly having all your problems in life solved.

It’s much more about the integration of each experience life has to offer, harmonious with other areas, to create a greater and wholesome sense of wellbeing.

Microdosing worked in many of the ways macrodosing would; just with less intensity and occasionally more focus. I continously felt a sense of renewal in my character, but rather than constantly experience ego death, I was able to get on with the things I would ordinarily procrastinate.

After this experiment, I decided I would probably continue microdosing every so often to further foray into my mind and lifestyle habits. But to tell you the truth, I don’t feel like I’m in any way dependent on it.

It acts more like a mirror of the mind, a theraputic conversation with myself to get to the bottom of deeply ingrained thoughts and habits.

I feel this particular journal entry adequately summarises my experience:

“Truthfully, it is my conception of happiness which is distorted rather than my inability to grasp it. Not some strong, overwhelming ecstasy like a strong scent of perfume pervading its way through life. Happiness feels more like bliss, a gentle calm feeling.”