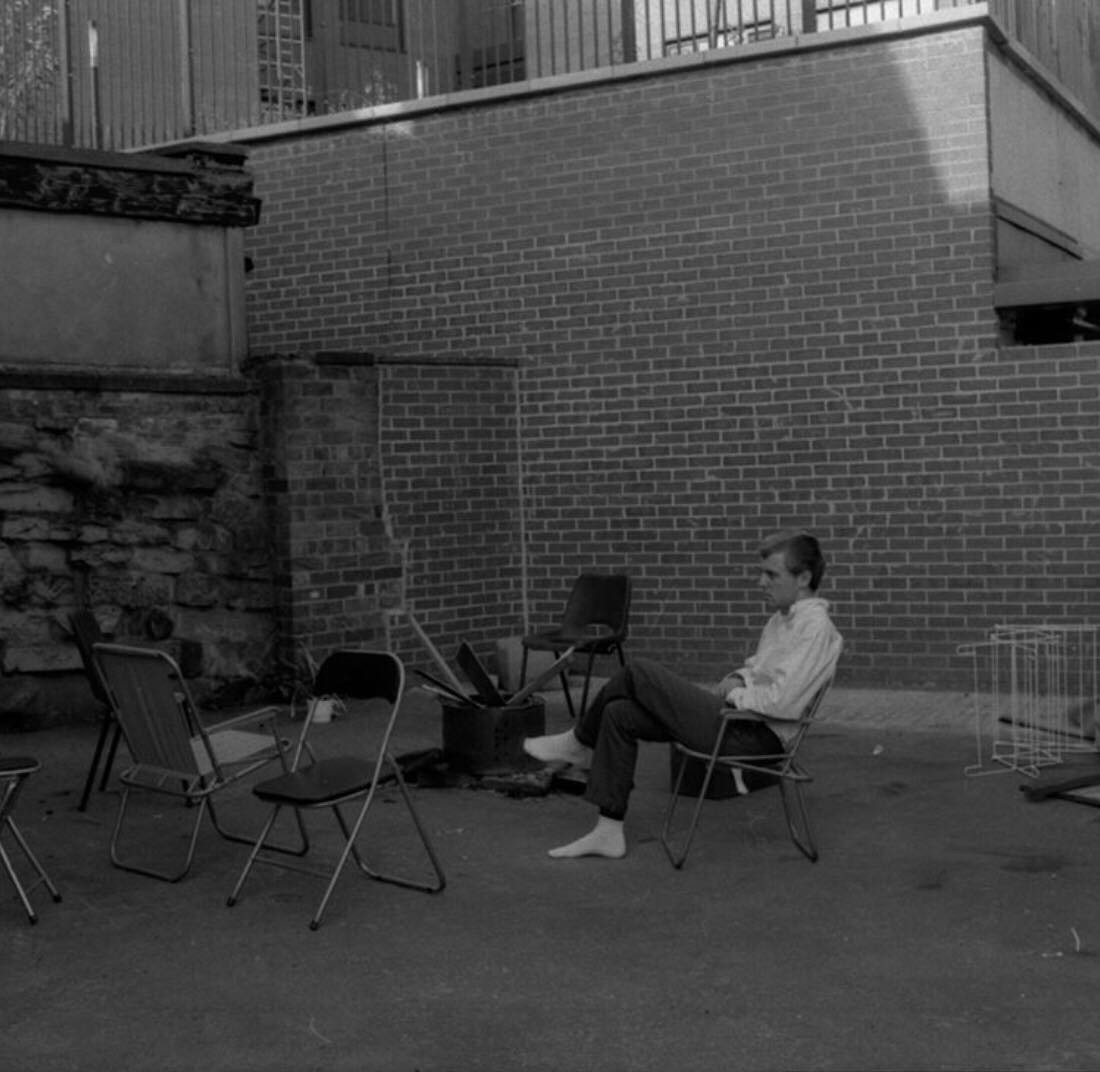 My old house, a stones throw from the Student’s Union.

Having finished university in September of this year, I was finally out of academia. For the first time in 18 years, I was confronted with empty spaces and blank canvases. Relaxing. I spent the summer writing my dissertation and questioning my abilities. Leaving university to return home, I was idle — monumentally idle. More than justifiable.

The last month or so at university was melancholy. Faces fell off at an exponential rate. The departures were harsh and, regardless of any forewarning, unexpected. Seeing people leave is never enjoyable. The urge to weep, the urge to celebrate…the former always wins out:

“Ah, it’s an awful thing… and being young doesn’t help any… when you notice for the first time… the way you lose people as you go along … the buddies you’ll never see again… never again… when you notice that they’ve disappeared like dreams… that it’s all over… finished… that you too will get lost someday… a long way off but inevitably… in the awful torrent of things and people… of the days and shapes… that pass… that never stop…” (Louis Ferdinand Cèline, Death on Credit)

The union bar was closed all summer. When I overheard that Carlsberg was being replaced by Carling on draught, I wanted to be sick. Memories I would never have confronted me… Small details of a city I took for granted. More than likely, students are drinking Carling in there as I write this. Likely, I’ll never get the chance to do the same. It makes me bitter and sad.

Carlsberg is Carlsberg. Why must I idolise that which I know to be fundamentally ordinary? It was £2.30 a pint. It used to be £2.00 (here I go again). I am starting to depress myself with the thought that I might only enjoy things in retrospect; nothing great happened, so why do I want it? All those nights that were no more than “alright”, drinking flat lager from the bottom of the barrel. What dull evenings they could be! In retrospect, they glow.

What is this preamble pertaining to? I just don’t know. The past 4 years of my life have become unfamiliar. It is abject to think that things will still occur in places I no longer occupy. Most of the time, you don’t even get a chance to leave a smattering of yourself behind. My remaining friends will leave the city, my favourite pubs will close down. The students now occupying my old house will perform the same leaving rituals, and mock that living caricature of a landlord. The past is a roll of film slowly exposing itself to light.

As much as I’d not like to believe it, the vast majority of friendships I fostered at university will crumble, under the weight of motion, like sugar paper. I can feel it happening already; I was inseparable from some of them. Now we distance ourselves accidentally; one or both parties split off. Every so often I remind myself of what they’re doing out there. Whatever it is, they still occupy space. Our cycle is over though… no more of that routine we were so fond of… the distance is too much. Neither side holds it against the other.

These are bitter pills to swallow. Regions of space you transformed with a viewpoint eventually lose their touch. You and the city are no more than apparitions if you give it long enough. Friends fall off the radar and it hardly concerns you. You’re brushed along in some other direction without putting up much of a fight.

None of this gets under my skin though: it makes me mildly anxious, but that’s about it. I’m not to blame for any of this. I could try for a lifetime, I could run from these problems. They’d still find a way. I will continue to forget people and things. People and things will continue to forget me. Anything but acceptance of this is wasted energy.

What does get under my skin though, is this blob in front of me. This bit of uncertainty. 60 years to fill with something. A definite article in the genus, hopefully. What to do? For the life of me, I cannot say. My degree has opened some doors, but that’s no good: why not one door? Why not a single option? Wouldn’t that be easier? Wouldn’t that be exactly what I’ve had to choose from for the past 22 years?

It’s so obviously true. What have I chosen? My A-levels were decided by the limited pool of academic subjects I somewhat enjoyed. And University? Well, who doesn’t go to university these days? It seems more and more likely that I have no ownership over the decisions that have formed me.

What the fuck do I do then? I’m no longer just floating down a narrow lane. It’s just me now. I’m grateful nobody is telling me what to do anymore, but… really? Left to my own devices, what is there to do? I’m not just choosing between croissants and pain au chocolates anymore. I’m staring into the future and walking towards it. Terrifying. I’m sure it gets better. I’m sure that after a few choices it’s clockwork. That’s all well and good…

Next week I leave the country. I can’t speak the language. The job I’ve found is not full time; I am going to struggle financially. I do not know anyone there. Why am I doing this to myself? It scares me, it’s so out of character. I’d like to stay idle, to find a job here, maybe in a Waterstones or somewhere fine like that. Quite likely I’ll be lonely for some time. Quite likely my debts will skyrocket.

Recently, my father encouraged me to join the forces. With my degree behind me, I could become an education officer for a good wage. There’s a tangible path there. We checked. Maybe later, I told him. Maybe I can fall back on something like that. Just let me get a few ill-informed decisions out of my system first.

Today I pack. The move gets closer and closer. Soon I will be leaving behind a lot that is already dead. I feel lost and scared. So why can I feel a grin creeping up on me as I’m writing this? Is this the first in a series of choices, or is all of this appearance? Is it all illusion? I just don’t know.