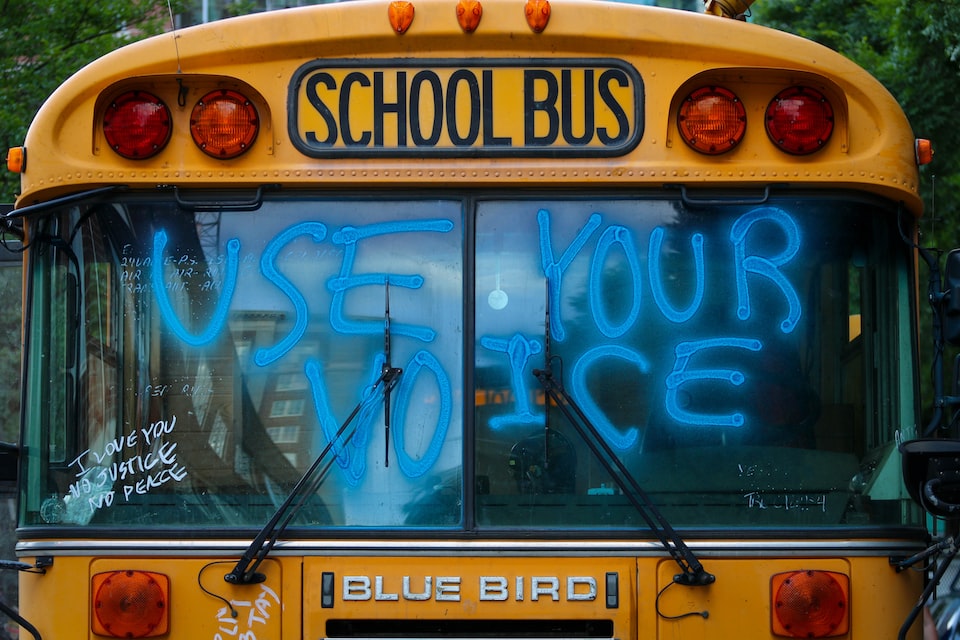 As a writer, I’ve been well prepared for the voices that manifest in the course of birthing a story. Everyone from high school writing teachers to literary giants warned me to fight inner voices that stifle creativity.

Most of them describe the same critical voices: there’s the cruel one that says, Your work is shit, the one who worries, What if your boss reads this? What if your MOM does? And of course, the one who cries, Everything to say has already been said! Maybe you should put down your pen and pick up a hobby like cross-stitch instead.

The internet is littered with advice for fighting off these voices. A quick search yields a cornucopia of articles explaining the best way to handle them so you can keep creating, negative voices be damned. Easy. Simple.

These voices are a normal part of the process that, while daunting, are typically overcome in the name of art.

But what happens when the negative voices aren’t confined to creative work?

A few months ago I sat in a car with my partner, heading home from a friend’s house. As soon as we got onto the interstate, I realized we’d left something behind. When I told my partner, she said we’d just retrieve the item the next time we saw our friend — no big deal. That should have been the end of the conversation. Instead, it continued inside of my head.

As my partner fell silent, a voice inside began to speak. Dude, she hates you, it whispered condescendingly. She’s sitting over there thinking about what a fucking letdown of a partner you are for always forgetting things. She can’t depend on you.

I bit my lip and took a breath. Logically, I knew the things the voice was saying weren’t true. I live with anxiety and depression, so I know that sometimes my brain isn’t functioning in its most helpful state. But still, the voice’s words struck me. Something about them was convincing and as I began to believe that my partner actually did hate me, I realized that I had to speak up.

“Oh baby,” she responded when I recounted the voice’s words to her, “none of that is true. I love you. People forget things sometimes. It’s okay.”

When that unnamed goddess whispers sad truths, I can remind her that the past is the past and the present is much more beautiful.

Her words cut through the spell, silencing the voice. But I couldn’t shake how easily the voice had upset me. It wasn’t the first time I’d heard it, but something about this incident was different. So I decided to name it because, for me, this voice is as real as anyone I see walking down the street.

That voice is named is Brett. Brett is in his early twenties and he’s a book smart, a rich stoner in a frat just south of the Ivies. He wears Vineyard Vines polos with khakis and thinks of himself as a sort of modern gentleman. There’s always a can of cheap, light beer in his hand and his tone is sweet, never cruel.

He speaks as though he’s doing me a favour, a friend telling me a hard truth as we share a joint on bean bags in a quiet basement. His goal is always to protect me and he does so by vocalizing the most paranoid outcome of any situation.

When I told my therapist about Brett, she agreed that his reason for existing is simply self-protection. Brett is a byproduct of my trauma. So is Millie.

Millie is a tall, skinny, nervous woman in a vintage 1960s navy blue polka dot circle skirt. Her makeup is impeccable, the cherry red of her lips brightly contrasts with her dark brown hair, straightened to sit in a flawless chignon. Pearls gather at her neck, strand over the strand, and she’s a little prudish. She is awed by each new opportunity but struggles to move into anything unfamiliar.

Millie is the living, breathing embodiment of my anxiety. Her signature move is to wring her hands and ask me, Are you sure? I’m scared, and I’m starting to think this might be a very bad idea.

There’s also a dark, unnamed voice that floats in and out of my mind. She’s harder to describe, but honest, unfiltered sadness is her gig. Her words are heavy, much too heavy to share here. I simultaneously try to avoid her and pause in awe when I catch a glimpse of her in the background of my mind, floating by as Millie and Brett argue. She wears handmade black lace and is the goddess of unflinching vulnerability.

Knowing where these voices come from and why they say the things they do makes it easier to deal with them. When Brett pipes up with his super-depressing hot takes on my life, I can talk directly to him, understanding his point of view. When Millie alerts me that I’m jumping into a new situation, I can thank her for her concern and assure her that we have the skills to get through.

And when that unnamed goddess whispers sad truths, I can remind her that the past is the past and the present is much more beautiful.

There are moments where I can’t soothe any of the voices on my own, and in those cases, I enlist the help of my partner or my therapist, both of whom have no problem speaking directly to the voices. Something about asking for help “to silence Brett” is much easier than saying that I think my partner hates me for no real reason.

Naming the voices in my head and learning how to deal with them has been immensely helpful, but it doesn’t change the fact that these aren’t voices I was ever prepared to hear. No one warned me that they would, or even could appear.

As I’ve started to talk about them a bit more, I’ve learned that a lot of other people battle critical inner voices that exist outside of their creative lives.

Like me, these people share the voices in their heads with therapists only to learn that intrusive characters living in our minds are somewhat common, or at least not as weird as it seems. I am not alone in this. And, if you’re hearing someone inside of your head whispering their distressing thoughts to you, you aren’t alone either.