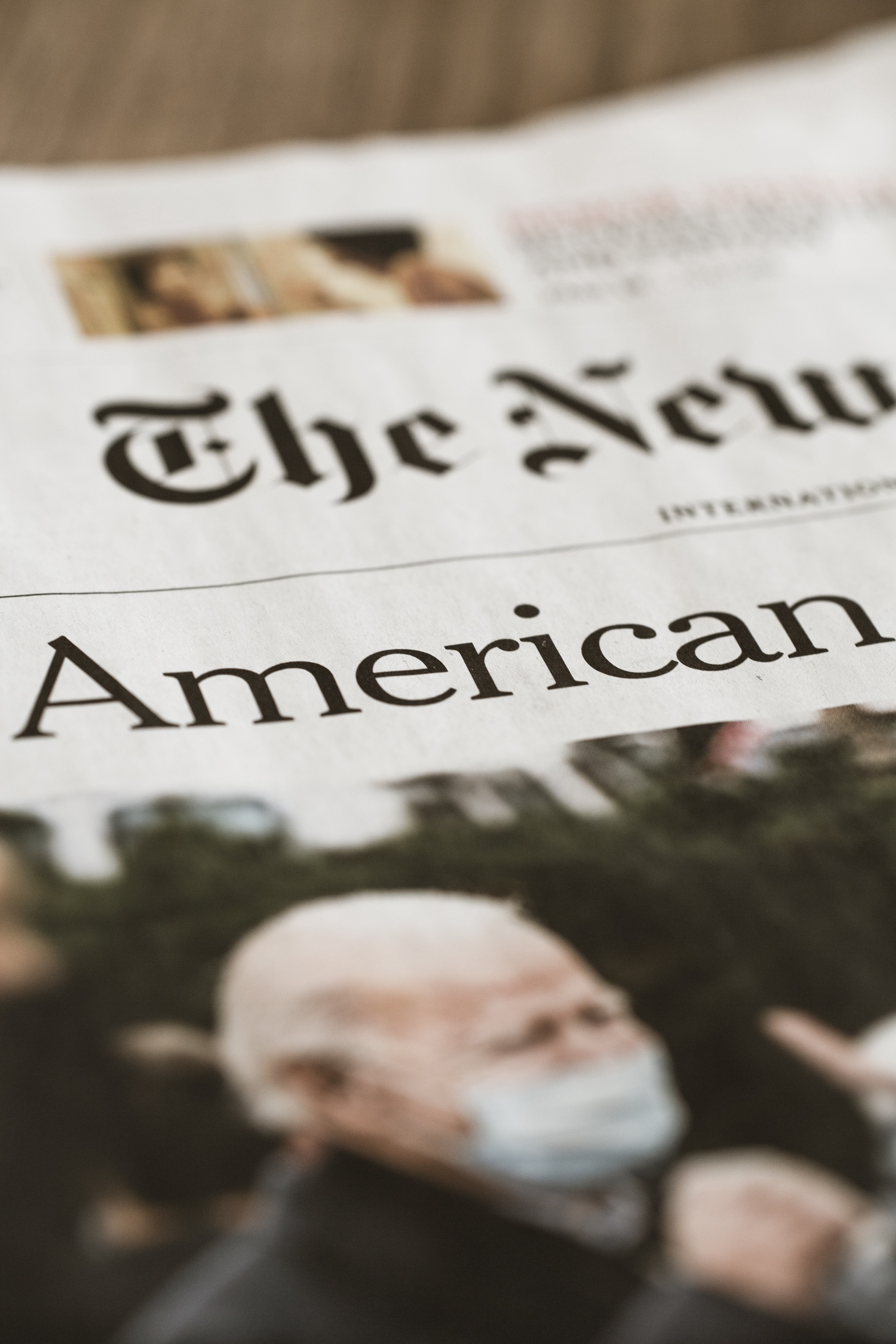 One of my immigrant mother’s deepest fears was that I would end up in ESL (English as a second language) remedial classes, despite being born in the US. I remember when I transferred to a new elementary school for first grade, the school made me undergo an English assessment. My mom was furious.

Out of fear that my English abilities would be questioned, she had already taught me to read at a second or third-grade level. Yes, English was technically my second language, but my mother made sure that my English would be just as good, if not better, than my peers.

I was nervous and shy in my new class. My silence and yellow skin made the teachers suspicious that I did not understand what was being said. My mom demanded that the school recognize that I did not need any ESL training.

“You are lucky,” my mom always told me, “You don’t have an accent like us. You don’t speak with bad grammar or broken English. They will listen to you.”

When I entered the third grade, my mother — someone who went to the top girls’ high school in her native country and got a master’s degree in the US — told me that she would no longer be able to help me with English homework. By this point, she had lived in the US for almost twenty years. She went to work every day and spoke English to her managers. I heard her call the cable company, and ask them in her accented English why they increased our rate. She would go to every parent-teacher conference and pepper the teacher with questions to make sure I was on track. (I know about these questions because she would report back all the areas where I could improve.)

Yet, I recognized then that my parents’ occasionally incorrect grammar and accents meant they faced constant bias and struggled to be fully understood.

In my community, being born in the US and speaking “native” English was a privilege. Perfect English could open doors. From a young age, I recognized the obligation that came with my fluency. If I could open doors with my English, it was also my job to hold the door open for others.

And thus, I have acted as a translator and intermediary between my Chinese-speaking and English-speaking worlds since I was a kid.

Before Google Translate was reliable, I helped family friends apply for visas, handle problems at the DMV, and write angry letters to landlords. I’ve pretended to deepen my voice as a kid to call the phone company my mom. I’ve also made similar calls as my dad. I still write English emails and texts for my parents every week.

Too often when people talk about immigration, they bring up questions about legality or economic contributions to American society. Within the Asian-American context, I constantly hear the model minority trope enforced.

When members of my community talk about language or cultural barriers, the idea of “we are in their country, we are the ones who need to change” is often repeated. I’ve heard this mentality espoused by immigrants who are Green Card holders and American citizens. But as citizens and permanent residents, aren’t these same people also American? Isn’t America also our country?

Yet, language has made life more difficult for many Americans. According to the Pew Research Center, 43% of immigrants who have lived in the U.S. for 20+ years are not proficient in English. I want to give voice to these Americans.

“Grandpa Lieu” was an eighty-something man who volunteered at my temple. My mom befriended Grandpa and Grandma Lieu over the years and would often drive them to the temple on Sundays. I still remember eating Grandma Lieu’s sticky rice at least once a week growing up. As they grew older, they eventually moved out of their single-family home and into a senior living facility.

When I was in college, Grandpa Lieu felt unwell and went to see a local Chinese-speaking doctor. The doctor said that she could not diagnose any major problems, but urged Grandpa Lieu to get a check-up at a hospital at some point. No referral was made and he was sent home. A month or so later, Grandpa Lieu felt chest pains in the middle of the night, and an ambulance was called to the senior living facility.

My mom was also called and rushed over. Grandpa Lieu did not speak any English and was having difficulty explaining his symptoms even in Mandarin. As they went to the local hospital, my mom tried to act as an interpreter with the doctors, while playing catch-up on what happened earlier.

As my mom retells the story of that night, she always bristles at how the hospital intake process unfolded. The intake nurse saw Grandpa Lieu and apparently muttered, “Ugh, you again…” upon seeing his chart.

Perhaps it was the fact that he was an uninsured patient (Grandpa Lieu had a Green Card but did not know how to apply for Medicaid or Medicare), perhaps it was because he was unable to communicate with the medical staff, or perhaps he had indeed come to that hospital before for help with his health.

All said Grandpa Lieu seemed to be relatively stable as the doctors checked his vitals. The nurse brought in an on-staff doctor who spoke a bit of Mandarin. After talking to Grandpa Lieu, this doctor did not see anything urgent and left. Grandpa Lieu asked to go home and my mom asked the hospitalist to discharge him, but they told him to stay overnight.

My mom stayed with Grandpa Lieu through the night until another volunteer from our temple, “Auntie Wei,” came to “take over” to give my mom a break.

Keep in mind that neither my mom nor Auntie Wei is particularly fluent in English. (In fact, my mother rarely, if ever, sees a non-Chinese-speaking doctor herself.) The two of them were just more proficient than Grandpa and Grandma Lieu who spoke no English whatsoever.

By the time my mom returned to the hospital a few hours later, Auntie Wei frantically told her that the doctors had taken Grandpa Lieu to surgery to remove his appendix. My mom was stunned — he seemed to be recovering when she left, and appendicitis sounded unrelated to the chest pains he was experiencing.

Neither Grandpa Lieu nor Auntie Wei knew exactly what was happening or why this surgery was required. It is unclear if the doctors even knew that Grandpa Lieu had asthma. I’ve always wondered if Grandpa Lieu might have avoided that invasive surgery if the medical staff had more time to understand him and connect his underlying health problems to his pain.

Grandpa Lieu never left the hospital. He was never the same after the surgery, according to my mom. Hearing about Grandpa Lieu’s deteriorating condition, his children rushed back to Texas from Arkansas and California to be by his side. He passed away within a week.

Back then, none of us knew that federal law gives all patients the right to access health care in their preferred language. None of us realized that Grandpa Lieu could have asked for an interpreter, though medical interpreters are often hard to find and many lack the right training. All we knew was that Grandpa Lieu did not speak English, and the American healthcare system failed him.

Stories like these are infuriating and heartbreaking. Most people who have been around limited English proficient communities could share stories about how language made navigating life in America unfair and challenging.

I am indeed lucky in many ways. I was born with American citizenship. I am blessed with a family that full-heartedly supported my education. I’ve never spoken so-called broken English. These factors have opened so many doors for me.

I want to open doors for others. I have acted as an interpreter for my own family and community for as long as I can remember. I want to make sure language barriers do not inhibit others from living their lives and getting the right care in America.

The story of “Grandpa Lieu’’ is just an example of the countless American stories I have seen. This story is not unique among the millions of immigrants in this country. They deserve an America that embraces and cares for them. They deserve to be understood.

“When you live without your own language you feel weightless and, at the same time, overloaded.” — Jhumpa Lahiri