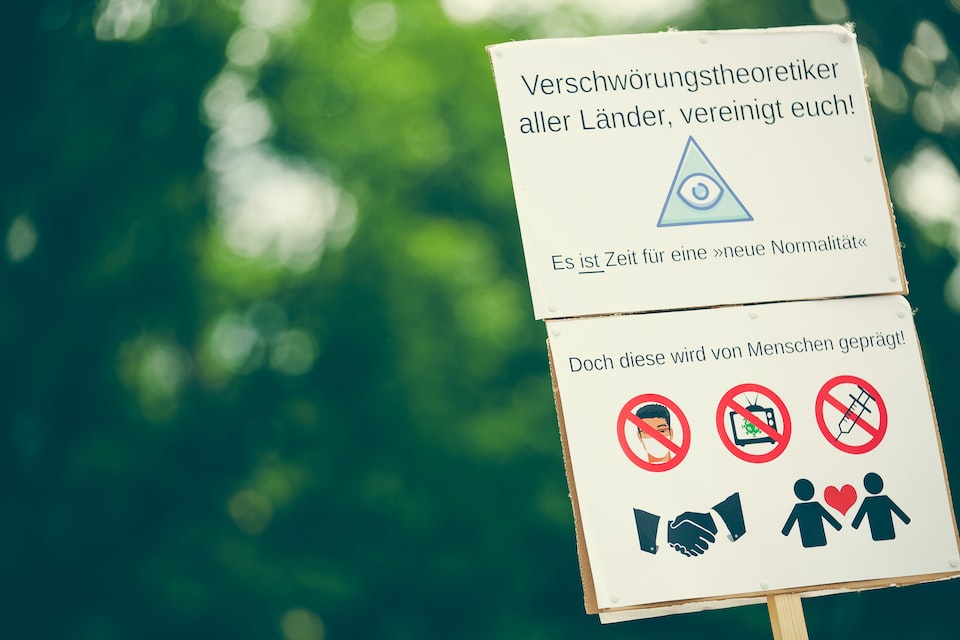 It seems it’s nearly impossible to be on the internet the last few months without seeing at least one video of someone making a fuss about face masks in public. I know for sure my Facebook feed, Instagram feed, and the front page of Reddit are all filled with short clips and compilations of those dubbed ‘Karens’ freaking out about mask rules. Some, you may have even seen on local news.

The first few might be amusing but the fact of the matter is that there are far too many of these videos from both The United States and Canada to be considered isolated incidents at this point. These, along with news stories of ‘anti-mask rallies around Canada, like the one in Ottawa last week that allegedly drew 1200 people, might have one wondering exactly why there’s an almost-militant anti-mask stance that so many are taking.

When most people share these videos for the sake of laughing at them, it might be difficult to see them as anything past comedic relief in a time when we’re in desperate need of entertainment. But, there are a couple of bigger problems the anti-mask ‘movement’ presents. For one thing, it puts a lot of workers in danger.

In the most extreme example, a Dollar Store employee was killed for enforcing the store’s mask policy. It’s hard to believe that there are actually people willing to kill another human being for something that the overwhelming majority of people don’t even view as controversial, but in this case, that was actually the motivation of the three people charged in the employee’s death.

Sure, the vast majority of the Anti-Masker vs. Costco Greeter showdowns seem to remain nonviolent, but it’s a low bar to set when a public display of verbal abuse might be considered acceptable behaviour. Retail workers might be used to customers yelling at them, but that shouldn’t make it okay.

Masks can be uncomfortable. They can be an inconvenience and sometimes it’s hard to hear people speak when they’re wearing one. But, after watching dozens too many I can confidently say that none of those seems to be the number one complaint of those who are most vocal about them. Instead, the anti-mask rampages seem to most often complain about illusive or dubious health concerns or cite an abstract and general fear of government control.

It’s Not All About Masks

So, why does some part of our population think it’s worth getting kicked out of Costco for harassing the staff while most of us are content to just buy our groceries?

Turns out that it’s Vaccines and Child Sex Trafficking. Or, more accurately: people’s feelings towards the concept of vaccines and/or child sex trafficking. And no, I’m not joking. It’s also just a teeny-tiny bit about Bill Gates, Satanism, secret societies that control the news, a few dozen or so other conspiracies and, as far as I can tell, every once in a while it’s also about Islamophobia.

If the link between face masks and child sex trafficking seems like one hell of a stretch to you, you’re not alone. But, in August I joined Hugs Over Masks’ official Facebook Group and found out firsthand that face masks are only the tip of an alternative fact iceberg. I can say with confidence that contrary to its title — almost no one is in it just for the masks. In fact, there’s a questionnaire that needs to answer to even be accepted into the group, and one of the three questions on it is dedicated to anti-vaccine rhetoric.

Masks fit into a larger web of conspiracies, all of which are entertained by the group behind Canada’s largest anti-mask demonstrations.

I’ll confess, after seeing some of the more outrageous hot takes from Hugs Over Masks members, it was briefly tempting to dump screen captures into an album or even a less substantial and more sensationalized listicle. I decided not to for a few reasons:

The fight for a mask-free country isn’t just being fought because of disinformation, it's being fought in the name of disinformation. We know that face masks work to help prevent Covid-19 spread. We also know that decades of modern medicine haven’t found any good reasons for surgeons not to wear them. Conspiracy theorists can subscribe to being anti-mask solely because the data is against them. The further that doctors and scientists prove any conspiracy theory false, the more it proves to theorists that they’re just part of it. This type of catch-22 is common in every popular conspiracy theory. If you don’t know anyone personally invested in one and you’re not sure what I mean, just search Youtube for interviews with Flat-Earthers, watch Behind The Curve on Netflix, ask anyone on r/conspiracy why they won’t get the flu shot, or check out the comments in this Hugs Over Mask post about a Covid outbreak:

What’s worse is that this type of thinking can’t just be shrugged off as a small subset of the population. Pandemic Part 1 was viewed by a whopping 8 million people, nearly the population of New York City. Misinformation movements need to be looked at as serious political ideologies and not just as sources of entertainment.

For instance, at first glance this “infographic” (if you could even call it that?) shared by Hugs Over Masks that “proves” that Covid-19 actually makes your life span longer might seem like a parody. It isn’t, and it’s been liked 84 times last I checked.

Along with this solid proof that Covid heightens peoples’ life spans by four years on average, you can see several users tagged in the image’s description. That’s because believe it or not, the group has leaders. I’m hesitant to mention them at all because I’ve seen some of the more violent hot takes their followers have on Facebook (one man talked about murdering Trudeau on his front lawn) and I’d rather not be at the receiving end of any threats, however, empty they may be. I was also hesitant because I’m not sure I actually want to give them a platform, but since The Toronto Police Service seems totally comfortable with giving them positive attention, I think we’re past that stage.

I guess “To Protect And Serve the Needs Alt-Right Internet Trolls using our Official Platform as a Police Department” didn’t fit on badges.

Some act in an official capacity, ie. “Coach Vlad” is a social media moderator, event organizer, and speaker at events. Others act as figureheads who are more well known for their social media presence and instances of what some could call “guerrilla activism” but I would just call “making a scene and filming yourself”. Here’s Toronto Police Services’ favourite Alex Jones knock off proudly issuing a fake lawsuit against a cheese boutique in Toronto that wouldn’t let customers in without masks:

Although I attempted to keep an open mind, it’s been apparent since March that my friends and family who are more susceptible to echoing the anti-mask narrative are those who lean right. Hugs Over Masks was exactly as intersectionally political as I expected.

What I wasn’t expecting was exactly how offensive the posts would be. Comparing any minor inconveniences to the Holocaust is a favourite tactic of some followers in any Right-Wing conspiracy I’ve ever looked into. Hugs Over Masks are, sadly, no different.

Exceptions Aren’t Made to Be Broken

There are people out there who have very real disabilities that make wearing a mask a different story. For parents of children with autism, face coverings can be a whole other ordeal that abled and privileged people such as myself might take for granted. Some adults suffer from unique, but very real anxieties and phobias. As few and as far between as these specific situations may be, they still have to run errands. And that’s something that makes the health concern excuse a little bit dangerous. If businesses are constantly calling out those who fake an affliction because of a conspiracy theory they read online, it leaves little room for those who may actually need an exemption to be heard.