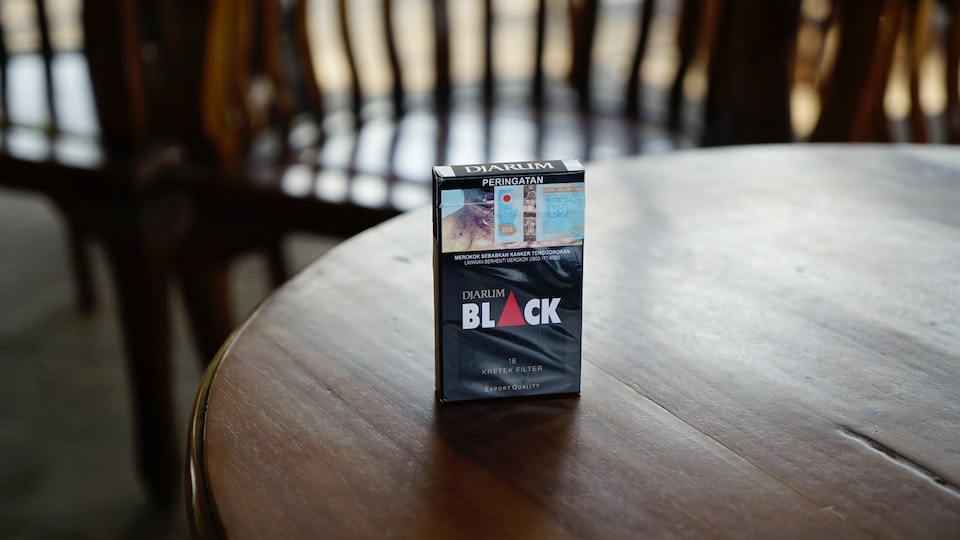 Today marks 200 days (over 6 months) I quit smoking tobacco. I was a very frequent smoker and had been doing it consistently for around six years. I had a desire to quit, not exclusively because of the obvious health reasons non-smokers tell you every time you light a cigarette, but more because I did not like the nuances which are part-and-parcel of having an addiction.

Not being able to smell your perfume throughout the day, returning home after suddenly remembering halfway down the street you forgot your cigarettes — else, having to spend an unjustifiable amount on a new pack. But as the old lie goes, I need it to relax, I need it because today is a stressful day, and I need it because I need it. Enough was enough.

There were several times before my current cessation where I attempted to quit, and had learned a lot from the times I had relapsed. It was learning from these failures I had managed to quit for good. But my method in quitting smoking was unconventional, and one that I had never encountered before. Since it worked for me so well, I thought I would share my advice in quitting smoking in particular.

The way I see it, there are two fundamental parts of the withdrawal — curbing the nicotine addiction, responsible for the ill physical effects, and the psychological addiction, the habitually developed addiction of inhaling and exhaling smoke.

It is empowering to know that it only takes 4 days for nicotine to leave your system. Of course, if you attempt to quit with nicotine supplements like patches, e-Juice, or gum, the journey is a lot longer and more frustrating. I truly believe the way to combat most addictions (if the withdrawal is not life-threatening) is to face it head-on, with complete cessation and abstinence from the substance you are trying to quit.

After that, it’s only the shackles of the psychological addiction you must break free from. But that’s a lot less troublesome than the nicotine.

Understanding this allowed me to deal with each at the right times, to make sure I wasn’t overwhelming myself with too much pressure to quit and be successful.

I no longer have any cravings or desire for tobacco whatsoever. That would be something shocking to me at the beginning of the year.

Here is a step-by-step guide on how I quit smoking for good. Hopefully, it works for you too.

If that still hasn’t done anything, surely, the third cigarette will.

Doing this reinforces your motivation to quitting cigarettes, as when you inevitably crave another cigarette, your rational mind will remind you how disgusting and nauseous smoking three consecutive cigarettes felt, and it will better help you understand how smoking is bad for your health once you no longer have a nicotine addiction.

I would do this the night before you intend to quit, as it will give you an extra few hours of being away from nicotine cravings since you are sleeping!

No doubt you will be surrounded by cigarette smokers, and though they may admire your decision to quit, it is a crabs-in-the-bucket situation where despite their support, the very fact they continue to smoke, will be a temptation for you to smoke again whilst going through withdrawal. It is for this reason you need positive reinforcement from people going through the same journey as you. I used two resources — the Smoke-Free app, and r/StopSmoking on Reddit.

The Smoke-Free App is one I still have on my phone today. Not only will it help you track your cravings, but it will show you how much money you have saved from quitting progress bars detailing how your body is healing from no longer smoking, and notifications on how many cigarettes you would have usually smoked. I found this app to be a fundamental reason why I quit. Nothing was more empowering than seeing my body regenerate after being without smell and taste for so long.

r/StopSmoking is also useful as very often you will find people who will encourage and inspire you to continue. I wasn’t so much an active poster on the website, but reading the thoughts of others was more than enough to persevere. Being around such a positive community, with people who understand the itches and scratches of this addiction, is a beautiful thing about the internet today.

3. Invest in a zero-nicotine vaporiser.

In the first four days, you are combatting the nicotine withdrawal. One reason I believe going cold turkey is extremely difficult for many, is that smokers are combatting both the nicotine and psychological addiction at the same time. There exist genuine physical withdrawal symptoms, alongside having to go against one’s natural schedule of having a cigarette after coffee, after food, on the way to work, etc.

For this reason, I believe investing in a vaporiser with zero-nicotine e-Juice is the way forward. It allows you to maintain the psychological addiction of inhaling and exhaling vapour, and deal with it after the nicotine is out of your system, so you can keep the schedule you already have with cigarettes. You can still vape after a cup of coffee, or after food, or incessantly, knowing you are no longer damaging your body to the same capacity.

Of course, there is no nicotine. But it is a healthier way of maintaining psychological addiction until the nicotine cravings are less prominent.

This way, you can manage intense cravings when around friends that smoke, when nicotine withdrawal sends you a little crazy, without adding more nicotine to your body. It will make things a little easier until you are better equipped to deal with it.

This might sound like a nightmare to many, but my strategy on overcoming nicotine withdrawal on the first day was to intermittently fast until the evening. The thinking is that the hunger will be equal to, or even overpower the cigarette cravings, so by the end of the day, you will be looking forward to eating more than a cigarette. You can drink coffee, tea, and water, but don’t eat until the end of the day.

Going through intermittent fasting includes its benefits. What’s more, is that your body is breaking its usual cycles and habits both by not smoking and not eating, and you will be surprised how easily you can adapt to drastic changes by making the conscious choice to take autonomy and responsibility for your actions. By the end of the day, you have proven to yourself that you have willpower, reinforcing the rest of your non-smoking journey.

You don’t have to necessarily do this, but it’s something that worked wonders for me and my friends.

5. Reward yourself after every milestone.

Again, it is all about positive reinforcement. Reward yourself every day you have gone without cigarettes with anything you want — maybe a cheesecake with your coffee in the morning, some clothes, a fancy meal at a restaurant. You deserve it. And with the money you saved, it won’t break the bank as much as smoking a pack of cigarettes used to.

6. Push past the four-day hump.

Once you are over the nicotine hump, you may still experience cravings, but you can rest easy knowing you no longer have any nicotine in your system. From here on out, the cravings and withdrawal are purely psychological, meaning you can better handle these difficulties with awareness.

Psychological cravings often occur when in the vicinity of encountering situations where you would usually smoke. Like after an argument, a certain location, seeing a certain friend, etc. But every time you say no to these cravings, you are consciously changing your mind to go against what you usually would have done, thereby gradually developing a new non-smoking version of yourself.

Even when you are past the hump, or it has been a month, be wary of your mind deceiving you into thinking it is now permissible to smoke as you are no longer addicted. Sadly, you are always addicted, and one cigarette will rapidly make you a smoker again.

7. Ease off the vaporiser.

After a month of quitting smoking, I felt it was time to ditch the vaporiser with zero-nicotine juice. It revealed to me that smoking addiction is a strange thing, that I was fundamentally addicted to the action of breathing and exhaling some form of vapour in certain places and scenarios, and it was giving me nothing compared to other drugs. This made it easier for me to ditch the final shackles of this addiction.

By doing this, I left the vaporiser at home whenever I could for one week, and gradually adjusted to a life where I no longer smoked, and now, no longer vaped.

This was so much easier than I had thought.

Stopping vaping was nothing compared to the four-day hump. It was surprisingly effortless. It was a liberating and empowering feeling to finally embrace the new non-smoker I had become so quickly (and looking back, so easily).

People may want to ease off the vaporiser at different times and that’s ok. You have to find out when that is yourself.

8. Don't get ahead of yourself.

Following this, you are now a non-smoker and though you may experience cravings occasionally, it is nothing compared to your old life. Your health has drastically improved, your smell is better, you can taste the food, and you have never felt more relaxed.

The last bit of advice — don’t get ahead of yourself thinking you have overcome the addiction. Around the three month mark, it is extremely common for smokers to feel deflated with their success, as they no longer care as much as they did in the first few days.

It would be a terrible shame at this point, to cave in. But if you can resist it, you will remain a non-smoker for life.

This has worked for me and several of my close friends, so I wanted to write up my journey in hope that it may work for you. I was so deluded in my cigarette addiction to see how bad it was for my health, and six months on, I feel like a completely different person.

Don’t knock yourself down too much if you relapse at any point. Commonly, it takes a few attempts before people quit for good. Just learn from where you went wrong, and you will finally succeed.

Days turn into weeks, weeks into months, months into years. I wish you all the best on your journey to be better.