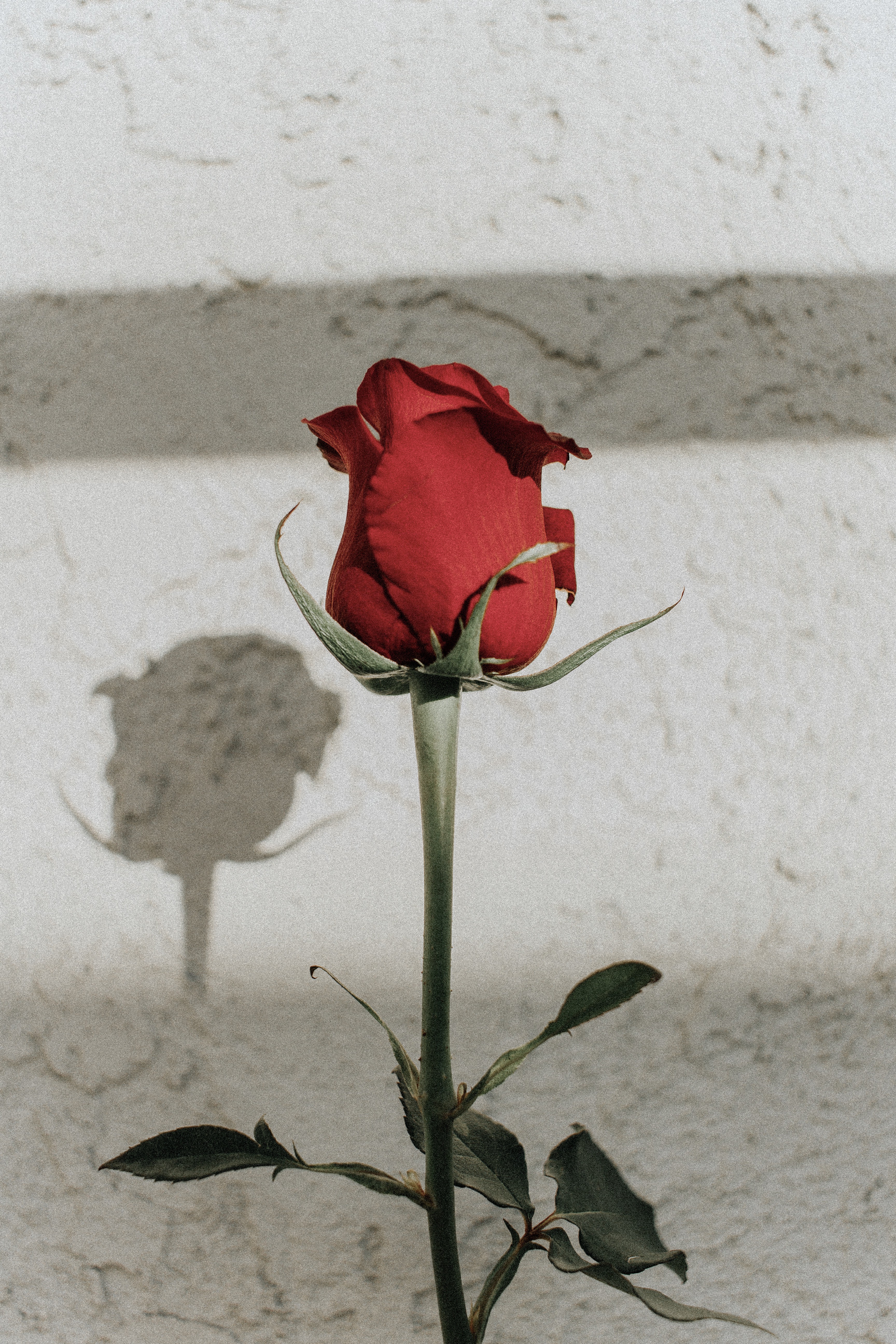 Photo by Vanessa Serpas on Unsplash

In the months leading to the 2020 COVID-19 pandemic, I was starting to experience burnout. The summer before officially graduating from UCLA in 2019, I was taking 18-course units, working almost full-time, applying for graduate school, trying to fix my relationship with my boyfriend, and dealing with the stress associated with one parent being diagnosed with a terminal disease while the other recovering from a shoulder rotator cuff surgery.

After graduating from college I started to work full-time and continued finishing my graduate school applications, in addition to becoming a caregiver for my father while always giving a helping hand to my mother.

I tried to take on this delicate dance of balancing everything as gracefully as possible. My body however had other plans. It began to send me warning signs that I was pushing myself too far; uncontrollable cry spells, intolerable migraines, chronic insomnia, heavy fatigue, intense physical pain, and so much more.

My weight would fluctuate. My periods were heavy and irregular. I began to take birth control in hopes that it would help with the hormonal imbalance. It only made things worse….

The week before the Los Angeles lockdown in March 2020, I remember staring at my calendar feeling on the edge. I took a deep breath. Was I going to be able to pull another busy week off? Almost as if it were a sign from the heavens the emails began to come in of cancelled events, in-person meetings, appointments, etc.

A part of me began to feel a sense of relief while simultaneously feeling worried about the uncertainty of what this entitled. That same week I had my first appointment with my first ever therapist, which had not been cancelled. It has been the only time that we’ve met in person. Even though it felt like a weight had been lifted off my shoulders after my first session, I drove home crying and feeling like an emotional mess.

Being forced to stay at home due to the lockdown allowed me to have the space to process untouched traumas and pains never journeyed. However, the combination of the hormonal cocktail in my bloodstream due to the pill, the nuance of having to live my whole life from home, the uncertainty brought by the pandemic, on top of everything that was already going on at home, I began to experience intense panic attacks. They had started as mild anxiety attacks.

Within a few weeks, however, I was completely debilitated by them. Sometimes I would go through my day so anxious that I couldn’t breathe, eat, or sleep. Since I couldn’t leave my home physically, I found myself mourning the days that I would go to the gym, the pool, the beach or the mountains. Places where I could move and feel a little more alive. Everything I had known as a structured life was completely taken away.

But despite these limitations, my biggest worry was the condition my father was in. The new chemotherapy treatment was too harsh for his body; he found himself weaker and more fatigued than before. I couldn’t bear the thought of him possibly being infected with COVID-19.

At the time I was only working an average of 25 hours remotely. My new therapy sessions were weekly phone calls and working through “The Courage to Heal Workbook For Women and Men Survivors of Child Sexual Assault.”

Eventually, my boyfriend left Merced and came back home to finish his undergraduate courses here in Los Angeles. I was able to structure my days in a way where the mornings were dedicated to working and the second half focused on studying, being there for my parents, and spending time with my boyfriend.

I still went through emotional rollercoasters all the time. Sometimes I would find myself going through depressive episodes and rapidly transitioning into intensely joyful moments. Initially, my therapist had worried that I had developed bipolar disorder.

After careful evaluation, however, she determined that I was simply going through so many tangled emotions that my body couldn’t assimilate them all. Despite the emotional turmoil, however, I was grateful that I had the space to go through all the chaos I needed to go through to heal. I frequently felt lonely. Luckily the loneliness allowed me to get to know myself better, to reflect, and for the most part….cry, a lot. I felt horrible the first two months.

Initially, I didn’t even know what I was healing from. Was it the sexual abuse? The ongoing trauma of my dad’s condition? The debilitating stress from my recent college years? Or was I trying to process the collective trauma occurring worldwide with the pandemic?

Those couple of weeks I depended on my boyfriend a lot. I’d call him for any little thing. Text him all the time. I always tried to make an excuse to see him. He would stay up with me whenever the panic attacks hit me hard. He’d listen to my cry and vent all the rhetorical questions stuck on rewind inside my mind.

He’d give me advice after advice, but I always went back looking for more. Wanting answers, wanting solutions. Eventually, he burned out. The whole year before the pandemic I had already been on the edge. Now I was actually falling. It wasn’t his responsibility to save me but that was exactly what I was asking him to do.

That’s when I decided that I needed to find a better outlet. A way to drain my mind from its never-ending thoughts. To assassinate the negative voice that haunted me all the time. I decided to start a blog. This blog to be exact. At first, I simply began to write about what I was thinking. Then about what I felt. Sensations and emotions. Events and memories. Slowly this allowed me to develop an awareness of myself I never had before. I was able to see patterns in what lead to the feelings of anxiety, depression, and most importantly, panic.

I was able to evaluate things with a clearer light; one bright enough for me to see even through my own lies, excuses, complaints, accusations, and self-victimization. With time, instead of having irrational reactions and explosive tantrums, I was able to find a truer version of myself. By the end of June, my attacks and cry spells slowly began to decrease. And yes, I still felt low moods, but for once it felt as if the whole world had stopped long enough to give myself a chance to actually breathe.

The weeks after I finally had started to have a bit more normalcy in my mental health, life hit. My dad had to be taken to the emergency room, again. He was hospitalized for five days. Because of COVID-19, we weren’t allowed to go see him at all. The only way we communicated was through short phone calls every few hours.

He was anxious and scared being there alone. He also had signs of seizure activity in his brain due to a newly formed tumour. The medication they were giving him caused intense hallucinations. He began to become paranoid and believed that the nurses wanted to kill him. He was in complete panic.

Once his body was clinically stable we had to push for his oncologist to call the hospital and have him released. During his stay at the hospital, my boyfriend’s mom had tested positive for COVID-19. I was right by my boyfriend’s side, literally, when he got the news. That evening his whole household, my mom, and I all went to get tested.

This was the day before my dad was released from the hospital. It was while we were waiting to get tested when we received the call that my dad would require a second round of radiation due to the new tumour. I honestly thought my mom was going to lose her shit then and there. But, she held it in. We all tested negative except for my boyfriend’s mom. That weekend, however, my boyfriend started to have symptoms. He had tested too early; the virus hadn’t spread enough in his respiratory system to be detected.

The second time he got tested he came out positive. Luckily no one else was infected, but his condition turned severe really quickly. Months before the pandemic we had planned a trip to Europe to celebrate his to-be graduation for that exact week when he got sick. He’s currently still recovering.

After the day that we all went to get tested, I knew a panic attack would come. I waited every night for days. Awaiting the emotional turmoil. Expecting the debilitating chest pains. The uncontrollable crying. The fatal decline of the peace I had worked so hard to cultivate. Instead…I only had two minor anxiety attacks. This was a huge milestone for me. I can’t say exactly what helped me to stay calm and collected, but I can truly say that despite the chaos happening all around me, the peace that resided within me was alleviating and comforting.

I now realize that the biggest mistake I made in the process of healing was that I constantly victimized myself. I always felt like life was happening to me. But life only knows the language of tough love. Life was happening for me. Even though I don’t see it now, I know that something great will come out of it all. I constantly complained that I felt misunderstood. Alone. But I never really was. I wasn’t the only one going through these things or the only one who felt grief, depression, anxiety and stress.

Perhaps I felt them for different reasons, but globally I was not the only one. I began to see my life with clarity, realizing that I did not have anxiety or depression. It was not ‘my’ panic. They were simply reactions to an unstable and chaotic time. To a traumatic past. They were experiences that my body had to go through to feel the full catastrophe. It wasn’t until I cleared my system of all the clogged emotions did I feel liberated.

I was no longer upset with myself whenever I felt an aversive sensation. I no longer felt as frustrated when things didn’t go my way. I acknowledged my breath whenever I lost my temperament. I slowly saw these changes work their magic in my life.

Overall I’d argue that it’s a matter of practice; practising how to live a more peaceful and fulfilling life. Even if that means being filled with a negative emotion that tranquillizes my body for a day. It’s something for me to work through and to grow from. Ultimately I learned that life doesn’t get easier, we simply become stronger…