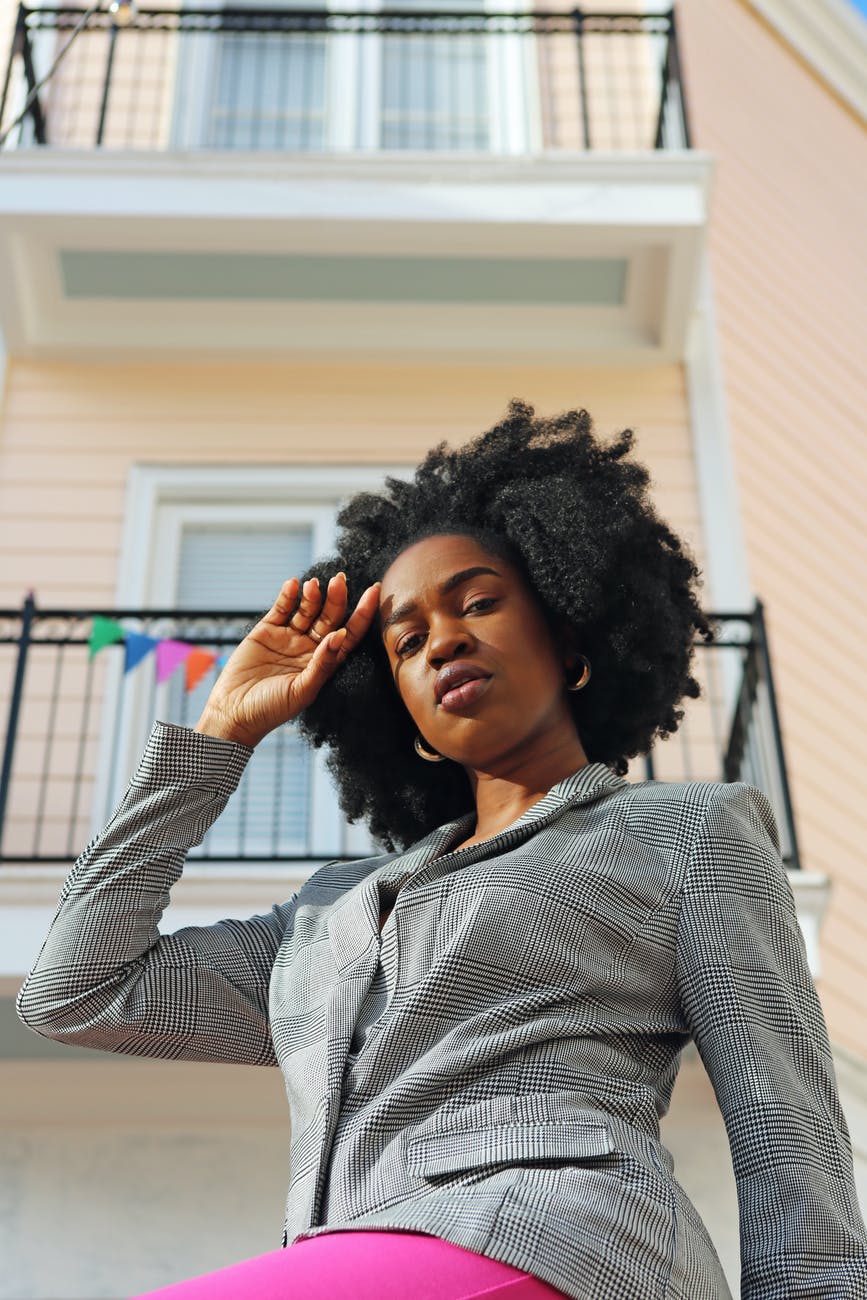 I am an EFL teacher, editor, a proofreader, blogger and casual writer. My philosophy is to always be open to learning new things as that fosters individual and mental growth.

Is long time mi wa talk bout dis enuh. What discombobulates me is that there is even a term such as “good hair” and I have heard this quite a lot in my home country of Jamaica; somebody will say “she av good hair enuh, mi nuh know wa mek she nuh tek care a it.”

This “good hair” is also referred to as ‘coolie-looking’ hair or basically, a black person who has hair with loose waves, generally type 3. Now, this clearly excludes people with tighter coils who fall into the 4A-C category.

Growing up, it was almost as if it was a sin to wear my hair in a puff, not to mention a twist out. A twist what? You would be crucified because “yuh hair nuh comb”. Now times were different then and of course, as a child, I took it to heart and began feeding into the idea that if my hair was not in cornrows, braids/plaits or pulled back in one, then my hair was not combed which led to me not being “presentable”.

This mentality has continued throughout the years in Jamaican society. Now I am not saying that every Jamaican is like this, certainly not, but many have yet to see the light.

I remember going to school with people of Chinese and Indian descent and they could wear their hair free; however, those who had the “regular hair” had to ‘put it up. If one of us ever showed up to school with a twist-out or an afro…JUDGEMENT.

I also remember when white foreigners would visit the schools and everybody would complement the females on how long and pretty their hair was and those students were the same ones who called their black counterparts “nappy head gyal/bwoy” or “dry head gyal/bwoy” or “coconut brush head gyal/bwoy”, all of which are insults aimed at degrading the type of hair said individual had.

Furthermore, I perpetually fail to fathom the level of hypocritical one has to be to accept a ponytail on a white person but has everything negative to say about the same hairstyle on someone with natural hair.

Can you imagine, we have gravity-defying hair and some people nuh want nor appreciate it. That me sense? Straight hair left in its natural state is “quality hair” and looks good but if the black hair is left in its natural state (afro), the person needs to “guh comb dem hair”. The HARDASTITY you have fi a come tell me that my hair needs to be combed when this is my hair with which God blessed me.

That leads me to my next point.

I am a Christian; however, I cannot understand how the same people who take pride in quoting Bible scriptures such as “you are fearfully and wonderfully made” (Ps. 139:14), are the same ones condemning God-given hair. Convenient, is it not? If everything God created is perfect, why be selective about hair type?

One is not better than the other, all hair types are beautiful. “Quality hair” or “good hair” is not the hair that looks “Indian/coolie/white”; it is hair that is well taken care of, moisturised and healthy, regardless of the type of hair it is. The irony is that most of these same people cannot even justify their discriminatory tendencies. If you ask them directly what issues they have with natural hair, by the end of their periphrastic response you will most certainly be left with the unmistakable sensation of vertigo.

I remember once I went to an event and I had washed my hair the previous day. I decided to plait my hair and let it chill. This person had the nerve to comment how my hair was “frizzy” and I was flabbergasted because that is like saying you have a problem with a teacher because he/she teaches. Excuse me, what? It is NATURAL HAIR so yes, Senator Obvious, there are going to be flyaways.

What? Should I drown my hair in gel, edge control and hair wax to please you? I most definitely will not.

It is important to note that not everything is for everybody in terms of hairstyle; for example, I do not subscribe to every natural hair hairstyle on the planet.

However, it becomes concerning when the hairstyle is rejected because of the hair type rather than critiquing the hairstyle itself. If you do not like when your hair is out in an afro or a similar style, fine, that is your preference. However, do not tell me to go “comb” my hair when mine is.

Note briefly: the use of “HARDASTITY” is intentional. It is a play on the word “audacity” and is used as an exaggeration.