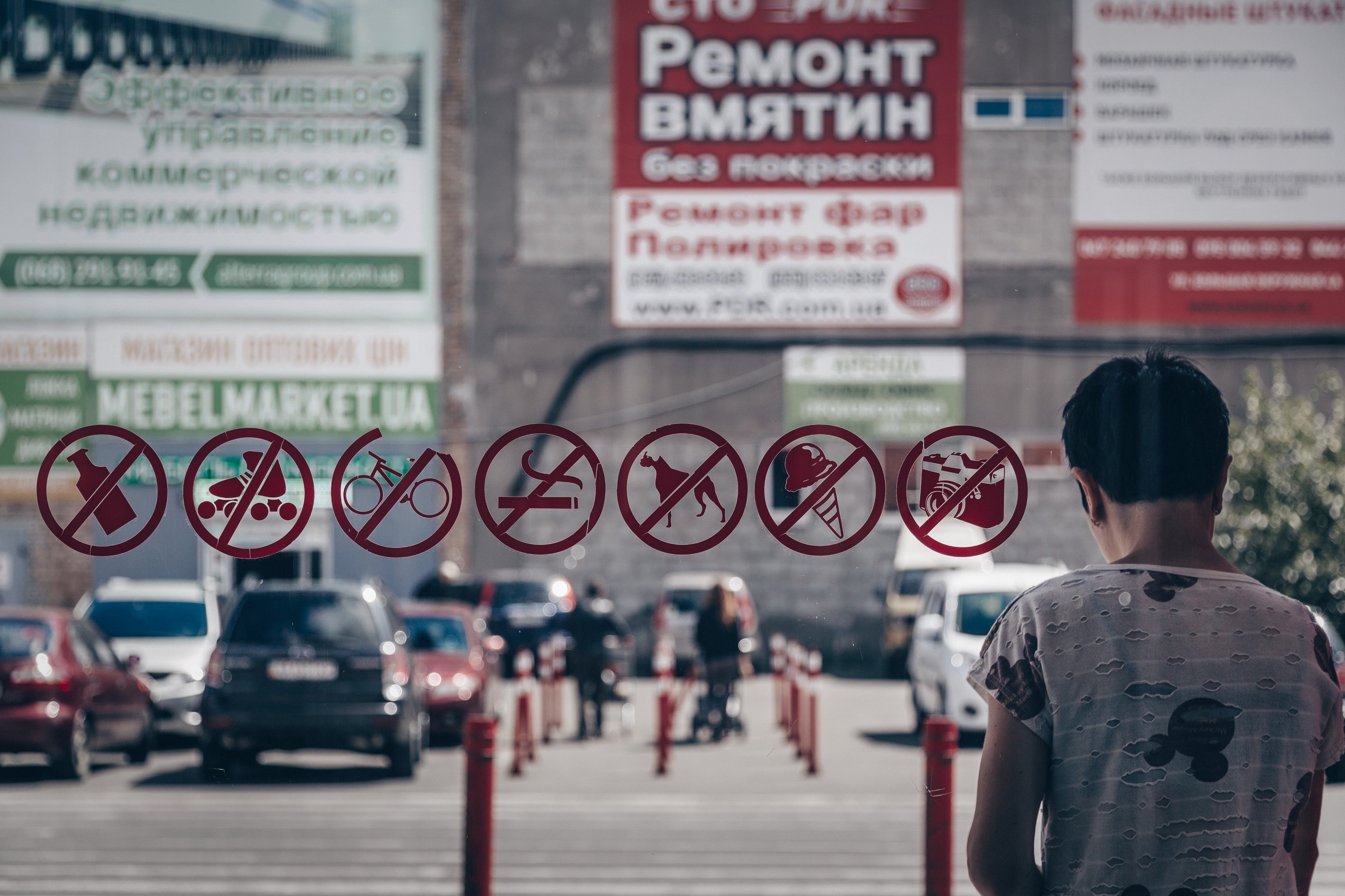 COSY does not endorse the use of illegal substances. The following article is intended strictly for educational and harm reduction purposes.  Read more.

What if I told you there was an alternative to alcohol that was cost-effective, more euphoric, promoted clear-headedness over a hazy stupor, and had virtually no hangover?

Without sounding like a drug advertisement, GHB (gamma hydroxybutyrate) is probably that candidate. It’s a central nervous system depressant that works and feels similarly to alcohol. But rather than chugging down beer after beer to feel a slight buzz, GHB is effective with just a few milometers and is far less physically taxing to your body.

It’s often used by party-goers in the drug community as a substitute for MDMA after realising their serotonin can no longer handle popping pills every weekend, and it’s definitely a safer substitute when done right.

Furthermore, many chem-sex enthusiasts claim it to be one of the best drugs for enhancing sex, reducing inhibitions in much the same way alcohol would, but overall being nowhere near as sloppy.

For less recreational purposes, GHB is an experimental medication for narcolepsy, and even treating alcoholism. Much the same way methadone is prescribed to heroin addicts, Gian Luigi Gessa, head of the neuroscience department at the University of Cagliari in Italy, says GHB can block cravings associated with alcohol addiction.

But it’s not all fun and games. If you’ve heard of ‘G’ before, you’re probably aware of its notorious reputation for being a date rape drug. Not only is that because of its use as a sexual enhancer, but because it’s a transparent liquid, easy enough to pop into any drink without someone extremely drunk knowing that. Yikes.

It’s also extremely easy to overdose on it. There’s a fine line between feeling just right, and feeling like you’re about to pass out on G. 80% of deaths on GHB are due to accidental overdoses, developing a nasty reputation among paramedics and governments alike for being a nuisance in young people around the world.

Like with all drug usage, responsibility saves lives, and with the right knowledge, G can actually be pretty harmless. It often goes wrong when people don’t measure out their dosages and mix them with other drugs like alcohol or benzodiazepine.

All these deaths are preventable if harm reduction resources were available about GHB for people who are going to do it anyway, but also for paramedics to know what they’re dealing with.

For this reason, it makes sense that GHB is illegal in most countries — it’s a class C in the UK. But rather than deter young people from doing it, making drugs illegal has a well-known tendency to make the substance appear elusive and mythical, which only piques curiosity rather than squash it.

I found a great explanation of this from a Reddit user under the name of u/Borax. So I’m going to do what every teacher told me not to when writing essays— copy and paste that shit:

Alcohol increases the effects of the inhibitory GABA system. This means that everything is inhibited or slowed down somewhat. G works in the same way, but also affects specific GHB receptors in the brain where it is found naturally in very small concentrations.

GHB is much more efficient than alcohol is because of its closer shape to GABA and therefore requires less to work. Additionally, because it is found naturally there are enzymes in place to break it down very efficiently into CO2 and water.

Alcohol requires a lot to work and is not dealt with so tidily. It is metabolised to toxic acetaldehyde and acetic acid. If they escape the liver, which they do whenever there are moderate concentrations of alcohol, these are responsible for the hangover and many harmful effects.

Evidence has emerged which shows that GHB is excitotoxic, particularly at low doses. I cannot pretend to quantitatively understand this information, but I suspect it is less so than alcohol at the same level of effect. NMDA antagonists like ketamine or methoxetamine may be able to prevent this toxicity mechanism.

Like Borax tells us, our bodies can digest GHB easier than alcohol, which explains the lack of hangover and short duration. But rather than these being ‘obviously positive reasons to do GHB’, it can lead to continuous abuse of these substances akin to an alcoholic.

There are a lot of stories online about people who have become accustomed to taking GHB 24/7. With a substance that promises so much in the way of lowered social anxiety and euphoria, it’s no surprise. Many people are interested in substances that can parallel alcohol as a social lubricant.

But this irresponsible use once again contributes towards negative stigma surrounding the drug.

It begs the question:

Could this ever realistically be ‘the new alcohol’?

GABAergic drugs, like GHB and Valium, are all the rage among drug aficionados these days. One suspects this is due to heightened levels of anxiety among young people in the 21st century, which tends to reflect the kinds of drugs we want to use.

Despite the harms of GHB, there is no denying the obvious fact that alcohol is indisputably the most harmful drug worldwide. Renowned professor David Nutt, once the UK government advisor on misuse of drugs, has been on record numerous times saying:

“There has been absolutely no action whatsoever on the fact alcohol is the most harmful drug”.

It also makes you wonder why GHB in particular incurs such a bad reputation for being a date rape drug. Why do many call for its prohibition on these grounds, when time after time, studies suggest that alcohol is by far the most dangerous date rape drug?

A summary of the results from Nutt’s 2010 paper in The Lancet led to his dismissal by the government — for concluding that alcohol is more harmful than pretty much every other illegal drug in the UK. But this isn’t just some stoner’s opinion. It’s well-researched scientific evidence from a qualified scientist.

Nutt himself is manufacturing his own alternative to alcohol. Described as ‘Alcarelle’, it works similarly to alcohol and GHB by targetting the GABA receptors. Despite little being known on the progress of the Alcarelle, it indicates a not-so-distant future that could leave alcohol behind.

No matter how clear the problems are with alcohol, the problems with GHB remain. To be responsible with it, you have to volumetrically measure every single dose with a pipette, as even 0.5ml could be the difference between a good time and a bad one.

But the idea of people actually doing this seems far-fetched and utopian. I doubt many people on a night out are willing to take their science kit along with them.

On top of that, I’m sure many idiots would still mix it with alcohol, stop breathing, and further damage the reputation this drug has. So it’s difficult to see how that could be possible right now.

Perhaps in a world that is more considerate of scientific understanding, I could see G being strictly measured by manufacturers and bar-tenders. But even with its surprisingly low cost, I’m sure many alcohol-related industries would see it as a huge threat to their livelihood.

Regardless of these concerns, the fact of the matter stands that prohibition doesn’t work, and people are going to do what they want anyway. For those who still want to do G, or know people who do it that you are concerned for, I believe it is helpful to destigmatise these substances with verified information.

So rather than scour through articles and misleading sources, I thought I would list some important advice at the end of this article if I’ve inadvertently advertised this to you.

Like I said earlier, there’s a fine line between feeling good and passing out. So it’s important to:

Regardless of whether you use drugs or not, one thing is for sure. People are going to keep doing them anyway, and making criminals out of young people with curiosity, or people with a problem is doing the world no good.

I hope you don’t decide to do a drug based on reading this article, but at least you are more aware of what you might be getting yourself into.