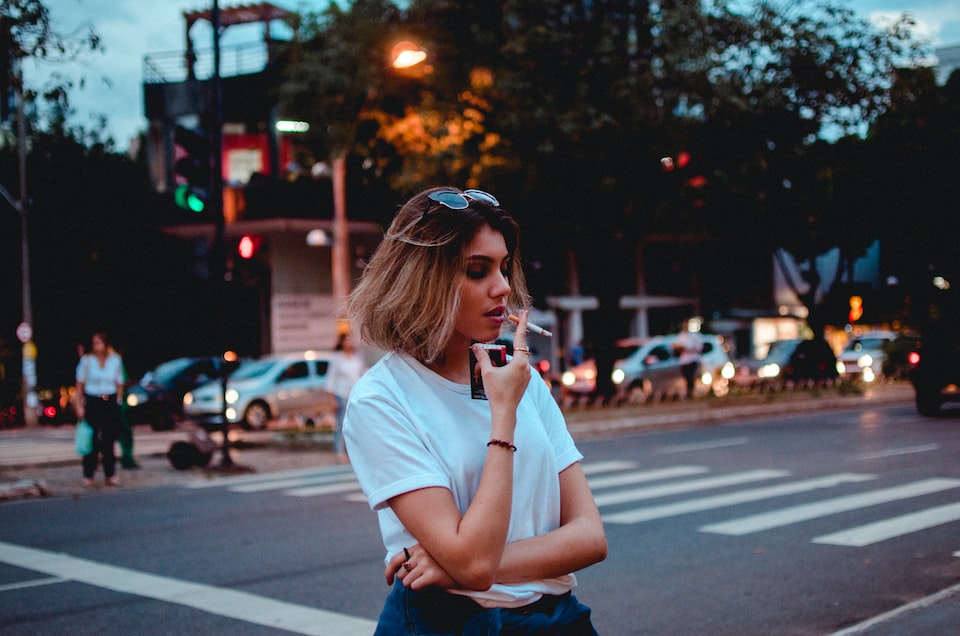 I've never been super supportive of age gaps within relationships. As an adult, I am somewhat more understanding and accepting that an age disparity in romantic relationships is common and completely normal. Some of my friends and their partners have significant age gaps and are in completely healthy relationships.

However, these relationships are between consenting adults with the youngest partner at least in their twenties, not teenagers. The romanticisation of teenage girls in relationships with adult men is gross, and we should stop pretending that adult men fetishising girls (yes - girls because they are still children) simply because they are above the legal age of consent, is anywhere close to okay.

The age of consent in the U.K is currently sixteen. This means that a romantic and sexual relationship between a sixteen-year-old and a twenty-one year old is perfectly legal. However, legality does not translate into morality. According to U.K laws, it is acceptable for a sixteen-year-old to be in a sexual relationship with an adult even though every other age-related law (be it pornography to the sale of alcohol) coincides with an individual becoming an adult at the age of eighteen. The government protects under eighteens from the dangers of drinking, at least in theory, but they are seemingly unfazed by sixteen-year-old children being exploited by adults in power plays that are hidden within the label of a ‘relationship’.

While paedophiles are probably the most hated members of a civilised society, the same society’s beauty standards fetishise childlike innocence and purity, praising women for being consenting adults that embody as many childlike traits as possible as being short, passive, and hairless just to name a few. I think it's about time we ask the question of why men desire women that embody the powerlessness and innocence of children.

In blatant cases of paedophilia and exploitation, such as a fifty-year-old man grooming a thirteen-year-old child, the individual in question is vehemently, and rightfully so, condemned. However, we are all too unquestioning of our problematic beauty standards that are permeating society.

Recently, my friend sent me a TikTok which showed a motorcyclist stopping at a zebra crossing to allow a family to cross. The little girl turned around and blows a kiss at him in thanks. Perhaps not the response you would expect, but the comment section reveals men claiming the ‘girl who knows what she likes’, to expressing their gratitude over not having a daughter.

The fact that people see a young girl innocently blowing a kiss and turn it into her expressing sexual interest is worrisome. These men are becoming increasingly vocal in expressing their concerns for their future hypothetical daughter, already expecting them to be ‘pure’ as if girls only ever end up corruptible and spoilt. Instead of focusing on your imaginary child, maybe you should focus on yourself and question why your immediate first response is worrying about why you think it's normal to sexualise a literal child.

As well as being increasingly exposed to such content on social media, the issue of age gaps in relationships has come up in a few conversations recently. I've seen people defend these relationships by saying ‘well they aren’t a child’ - as if the fact you don’t have to explicitly state the person you are sexually involved with is not a child, doesn’t illustrate that something is wrong. Strangely enough, I've never had to verify before that anyone I was involved with was a consenting adult, as it should be a given.

I know from personal experience from the ages of eighteen to twenty-one, I grew into a completely different person. While it was only three years, they were such formative years of my life. So why would anyone who has experienced this change and begun to figure out who they are want to form a relationship with a sixteen-year-old? At sixteen, I struggled to voice my issues during school - never mind knowing how to set boundaries with my adult partner. The fact people are accepting of such an evident power disparity is astounding to me.

While it is common for the teenagers within these relationships to believe they are consenting at the time, just look on Twitter and you will see these women, now in their twenties, reflecting on these relationships with disgust knowing they would never pursue a child. Why are we so eager to excuse these incidents as paedophilia? It is as if the predator doesn’t line up with our preconceived idea of what these individuals look like (typically dirty old men) we let it slide as if an attractive twenty-something-year-old isn’t just as dangerous to a child’s welfare.

In a conversation I had just the other day, someone responded by saying "well girls mature quicker than boys", once again shifting the blame to young girls for adults men exploiting them. I am so tired of this narrative, girls are still GIRLS, they are literal children.

As Dua Lipa’s lyrics perfectly summarises in her song ‘Boys will be Boys’, our culture is so insistent that: ‘boys will be boys and girls will be women’. A sixteen-year-old girl is not a woman and pretending she is doesn’t make what you’re doing right. Is it time we stop peddling the patriarchy-serving-lie that women simply mature quicker than men so that adults can enter relationships with teenage girls?

In some cases, girls may indeed act older at a young age. But if this is true, it is because girls are constantly criticised for behaving like children. While boys are allowed to embrace the immaturity of youth, girls are expected to shed it as quickly as possible.

Boys on the other hand can extend their childish behaviour for as long as they please as boys will always be boys despite the fact they are just adult men whom society are refusing to hold accountable. This idea that girls mature at a younger age allows men to justify their paedophilic desires as if this makes it acceptable that they are sexually attracted to a child’s body.

I have even seen tweets online that have seen adult men give themselves a figurative pat-on-the-back for waiting until a girl turns sixteen before embarking on a relationship with the girl. The fact is that if you’re waiting for someone, there is already a level of interest there as you wouldn’t put all other romantic and/or sexual endeavours on hold otherwise. While these individuals may not have physically engaged in any romantic or sexual behaviour until the individual was sixteen, it doesn’t make it any less gross or predatory.

We cannot just choose which paedophiles should be held accountable. There is not a sliding scale on being a predator where it tips into unacceptable if you go too far, it is all wrong be it a sixteen-year-old and a twenty-one-year-old or a fifteen-year-old and a thirty-three-year-old. By allowing these men to get into relationships with sixteen-year-olds, it lets them indulge in their lust for a child. It is time we stop pretending it is okay, that it is an acceptable facet of society. Just because a girl turns sixteen, it does not make her any less of a child.