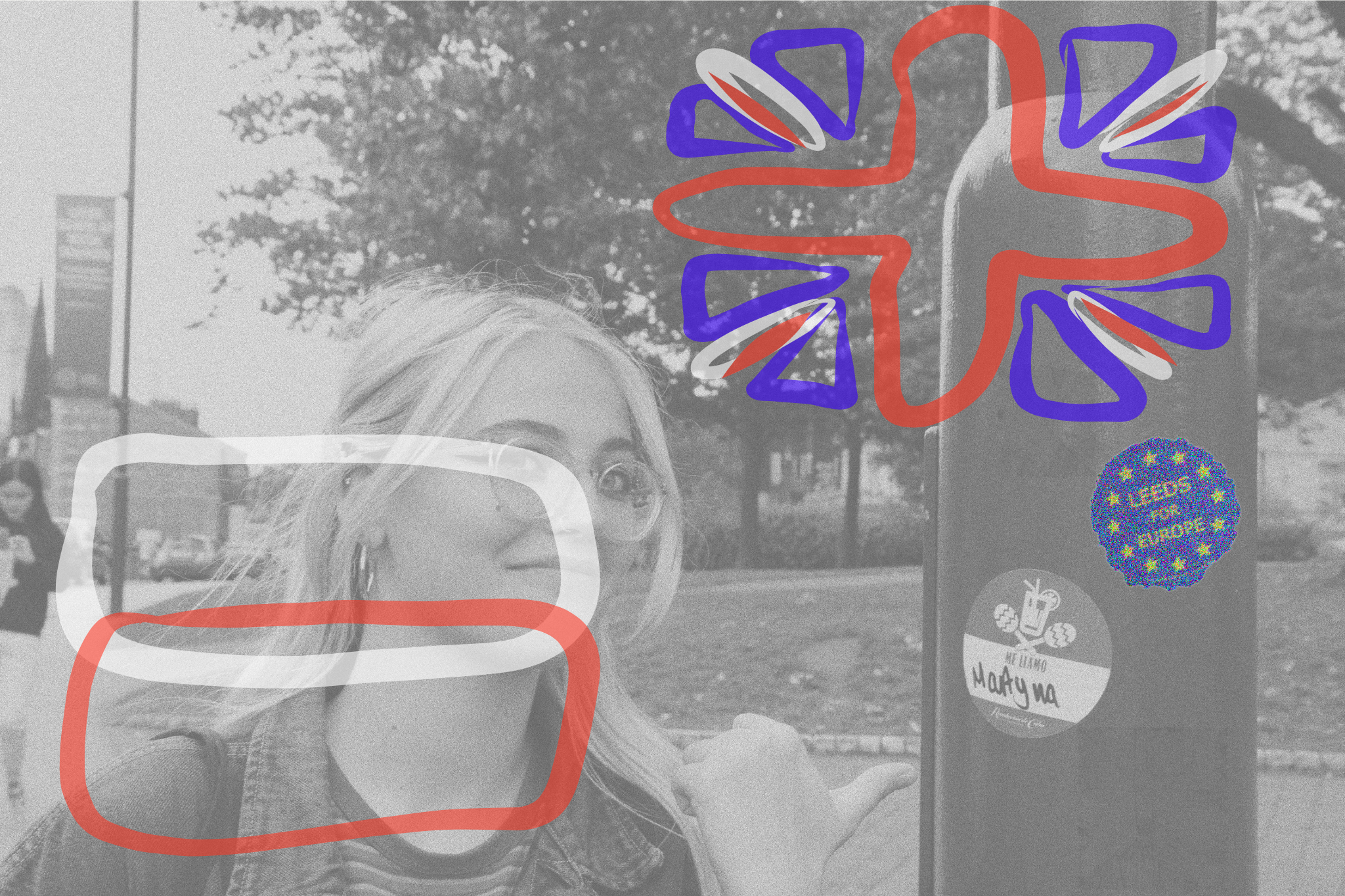 Founder and Aesthetic Designer of COSY. Creating a safe space for all perspectives!:)

I don’t come into contact with many Polish people, despite being an immigrant myself. This has always bothered me, as other than with my family, I haven’t been able to speak openly about my experiences as a Polish person living in the UK with someone who could relate. Although I very much enjoy introducing the people around me to my culture, it can be a little alienating. So I’ve decided to share it on here.

I moved to the UK when I was around six years old, mainly to join my mum who had lived there for several years prior. My grandparents had travelled with me, sacrificing their retirement and a steady life back home.

In turn, I placed a lot of guilt on myself in regards to ‘how British’ or ‘how Polish’ I seemed, especially in front of my grandparents. I didn’t want to let my family down by involving myself too much in British culture.

I’m a first-generation immigrant, which comes with the pressure of making the big cross-country move worth it for your family and a mountain of questions about your own identity. Being white and not having an accent comes with the privilege of passing off as British, and being able to navigate the country better. No one sees you as different, even if you see yourself as that internally.

Perhaps this is naive but I wish I had sustained my accent, so my ‘Polishness’ would be more obvious to people. It would be easier to 'categorise' myself in a sense, and maybe that would help me shape my own identity more. Alas, this is not the case, and I do feel lucky that I speak the most prominent language in the world (although English is very limiting as languages go!).

My family does not engage much with British culture, they've spent most of their adult lives living in Poland, so of course, their roots are deeply planted there. My experiences are pretty different to other members of my family, it can be isolating to not be able to fully relate to your family. Although I identify as Polish and wouldn't see it any other way, I'm often confused about where my roots are planted.

I joined primary school when I was six and didn’t speak a word of English. It was very evident the school didn’t know what to do with me, often punishing me for not following instructions I simply didn’t understand.

However, I didn’t start feeling truly alienated until a year after.

I had joined a new school and became very aware of my differences from the other children. Naturally, the children were curious and would often ask me to “say something in Polish!”. I couldn’t help but feel offended and embarrassed by their requests. I didn’t want them to see me as different.

Leaving the high-school environment, I realised people enjoy differences. The older I got the more, I craved to connect with my Polish background, and learn more about our history and consume more Polish film, art and literature.

There is something really special about hearing and speaking Polish after I haven't for a while (while at university). Or, seeing a Polish film and really be able to connect with the words and the story.

Although I am more fluent in English now than I am in Polish, I have much more of a core connection to the Polish language. I can express myself better, my voice sounds different and I feel I resonate with what I am saying much more. Perhaps I am looking too deeply into this, but sometimes I feel like I don't identify with myself when I'm speaking English, it doesn't sound like me. This can be very strange and uncomfortable.

However, speaking English is a big part of my life now. Most of my loved ones (who are not related to me) speak English. I find that being around my family helps me to fulfil the need to speak Polish and grounds me.

Speaking with my mum, who moved here in her twenties and had to adjust to adult life in the UK, I learned about her experiences with alienation. It was much more challenging for her to learn the language, having completed all of her education back in Poland, so it was something completely new to her.

To make a living, she had to take on jobs with horrible conditions and illegal working hours. But Polish people don’t complain much, so it’s difficult to gauge how my mum really felt about moving here. She’s mentioned stories of prejudiced managers, using her newly emigrated status against her, verbally abusing her to work faster.

Fifteen years later, there are still instances where she gets underestimated by people noticing her accent and patronising her, but she never victimises herself or complains and always proves them wrong. She continues to empower herself and, in turn, me to push past boundaries created by others. She is entirely self-made, has a great job and has created a stable home for herself and her family in another country.

This is endlessly inspiring and I am very proud of her.

As I’ve aged, I have come to accept and appreciate my differing background. There is nothing more gratifying than connecting with other people of immigrant backgrounds about how strange it is to be bilingual, navigating a dual-identity, or not quite belonging.

However, I don't have anyone my age or in my situation to guide me on how to navigate being a first-generation Polish immigrant. From what I've heard, a lot of Eastern European children of immigrants have a similar issue. We're all trying to figure it out but there is not much information or coverage on our presence here in the UK.

Our parents are usually more involved in their home countries and don't really understand the duality of identity that their children experience. They stress the importance of sticking to your roots, but the longer you're away from your country the more detached and alienated you feel from its culture.

In some ways, I feel alien in Poland and alien in the U.K, but being bilingual, having a dual identity, feeling a little alien, is all part of who I am. As Eastern European migrants are still newcomers to the U.K, we have to forge our own path and create a new identity, which encompasses parts of our home country and England.