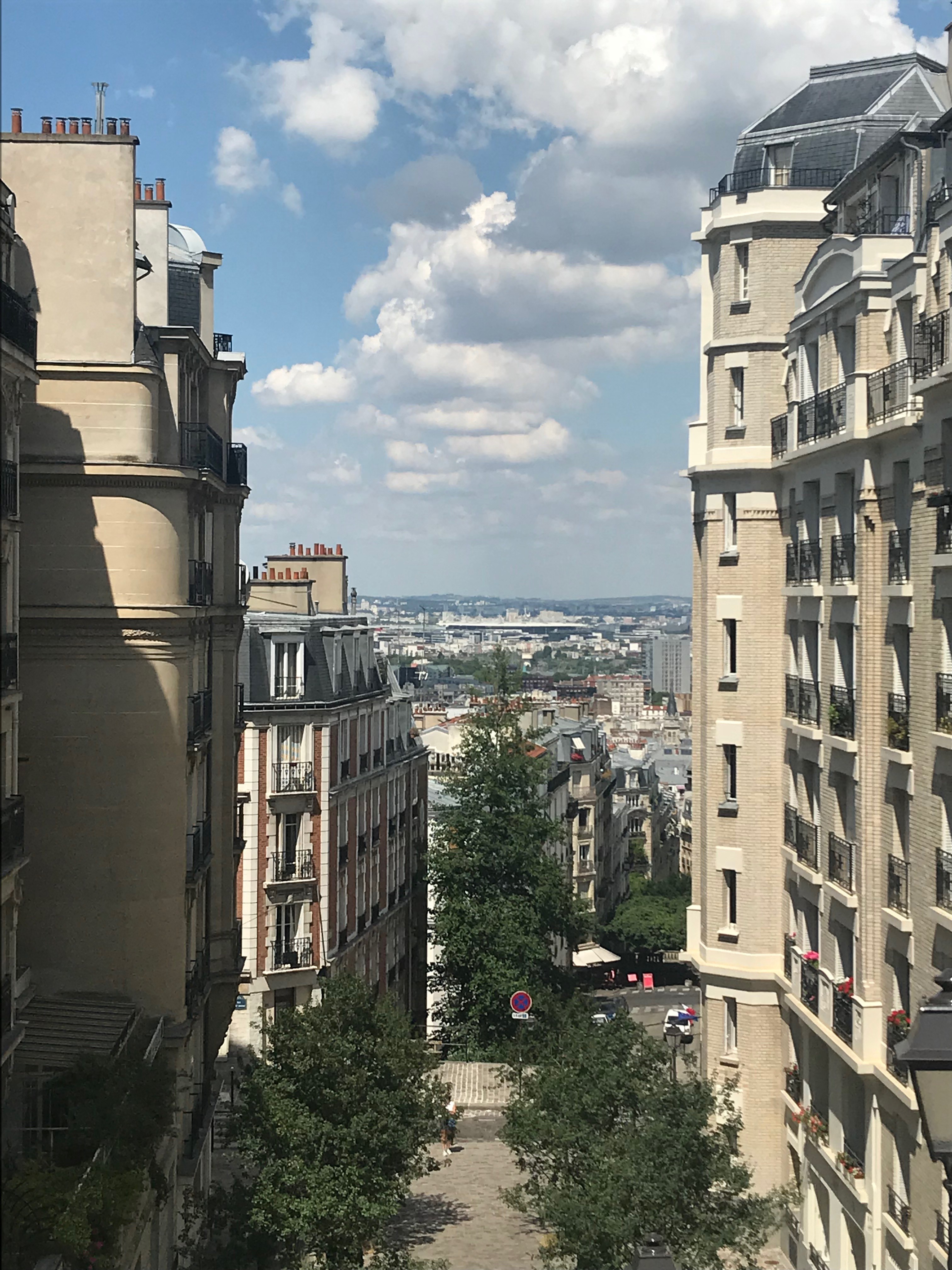 image is my own

Spending Christmas alone had appealed to me for a while. As much as I enjoy the routine of a Christmas day — spending time with family and friends, gluttony, sloth, etc. — I could quite easily do without all that, so I thought. For the past few years after our family meal, I’d manufacture some illness that would leave me alone to read in the bath for the rest of the day.

Faced with the expense of returning home for Christmas, my decision to remain in Paris seemed relatively obvious. Sure, it would be considerably less lively, but in exchange, I could do things on my terms;

Around 9:30 I wake. I take 2 croissants, some orange juice and a coffee for breakfast. After I shower, I take a beer and a cigarette. I call my family and my friends. Tear open the gifts I had collected from La Poste a day or so before. After a few more beers I begin to prepare dinner. I listen to what I want to and enjoy myself immensely. I read a book more or less from cover to cover. Later in the day, I go to La Marais for a drink. Before bed, I make a few more phone calls.

And yet, the space in between these words is a catastrophe. The boulangerie’s near my apartment was closed; the croissants were prepackaged and heated in the microwave. Instant coffee, bitter orange juice. I am still getting used to the preference for half-pints here, so the 25cl bottles of Grimbergen were somewhat unsatisfying. Though in their defence, they are 6.7%, so they affected me nonetheless.

Then the phone calls. Talking to my mother was pleasant until the call ended earlier than expected. With this came a vague sense of resentment towards the festivities at home, to which I was an outsider. Talking to my father was even worse. I got about 5 minutes out of him before he had to go. I suspect he was with his new wife. As he cut me off mid-sentence, I was too embarrassed to get what I had to say out of my system.

Suddenly, all my romantic illusions of a solitary Christmas fell apart against the weight of loneliness.

The world turned away from me in an instant as the unforeseen remoteness of the day enveloped me.

Eventually, the beer and cigarettes lost their potency. For a good few hours, I followed a loose routine, sporadically returning to my phone, desperately searching for somebody to call.

I scorned those who were unavailable. My sister especially; we had made no effort with each other for months. When she failed to return my call — which we had prearranged — it upset me, but it did not surprise me.

Bitterly, I left my apartment in search of a drink; the Grimbergens, as well as my apartment, had lost their novelty. I needed a change.

Much to my surprise, there was ample opportunity to take a drink on the streets of Paris. I had forgotten that the main Christmas celebrations fall on the 24th for most Europeans. So, with this in mind, I headed to Le Marais. I found a spot, ordered a Peroni in broken French (my first tangible interaction of the day), then sat outside to polish off my book.

“Ce tableau est-il pris?” she asked. I motioned to the tables invitingly. I contemplated a conversation with her — in my broken French (maybe she would patronise me with some English) — but before I could build up the courage, her friends arrived.

I only had 10 pages left of the book, which I finished off long before my drink. I should’ve had some foresight. Maybe I was expecting to strike up a conversation.

Anxiously, I began to look upon myself as a clown for the world to laugh at. And how the world was laughing! Eyes that fell on me were brimming with condescension and embarrassment.

The single man is not an economically potent unit; he does not feature on Christmas adverts. The festivities are to be observed from the outside in his case.

Fresh waves of self-loathing and discomfort flooded over me and manifested themselves in erratic motions.

After a second beer — why I stayed for another I do not know — I obligingly handed over some change as a tip. My “joyeux noël” was ignored. I returned to my flat in a fury. My nervousness fell into abeyance, replaced by a fit of manic anger. I wanted to run roughshod over my apartment. The weight of the deposit stopped me in my tracks.

Sardonically, I messaged my sister; “thanks for calling — Merry Christmas”, or something along those lines. Ours was a casual drifting apart that required only the faintest flick of the axe to cut us off indefinitely, so I thought.

Although she acknowledged a mutual lack of effort, I found her justifications patronising and empty. Initially, I was honest with her, before exaggerating my sadness for something much deeper.

I’d gotten my bite! “Why do you care about how I feel anyway? It’s not like we ever make an effort with each other” I asked. The diatribe had begun, the floodgates were open. And her excuses for not calling began to mount. When she eventually did, I felt a tinge of guilt already. A foreshadowing for what was to come.

The accumulation of innocent yet hurtful events had me down in the dumps. My impression of the world’s inhabitants was vitriolic and nasty. My sister had the misfortune of standing in as a microcosm; she did not care, she found something embarrassing in my being alone on Christmas day. Etcetera.

And yet the instant I heard her through the phone for the first time in months, these impressions disintegrated. The anger I had directed towards the world and she in particular vanished. The conversation in itself does not matter much for now. What matters is that I felt loved.

After months of burning resentment, a few memories and niceties was all it took to extinguish my fire towards the world.

Too often I’ll let an unfounded interpretation transmogrify my worldview. I must not let my anger get the better of me, even when it might seem the world is against me.

Still, I am not sold on Christmas. If I spend the next one alone, I will go through similar motions.

The same blows are waiting for me next year. I will find myself melancholy and tormented by my manufactured impressions of others.

Though, I will have experience next time. That will count for something. Next time, I will be self-aware. My guilt and surprise from this Christmas will tag along with me like a jellyfish.

Forevermore, I hope this year's events will instil in me a constant, underlying awareness of the goodness of others. I hope my sister’s kindness will remind me that being unloved and being alone are mutually exclusive.