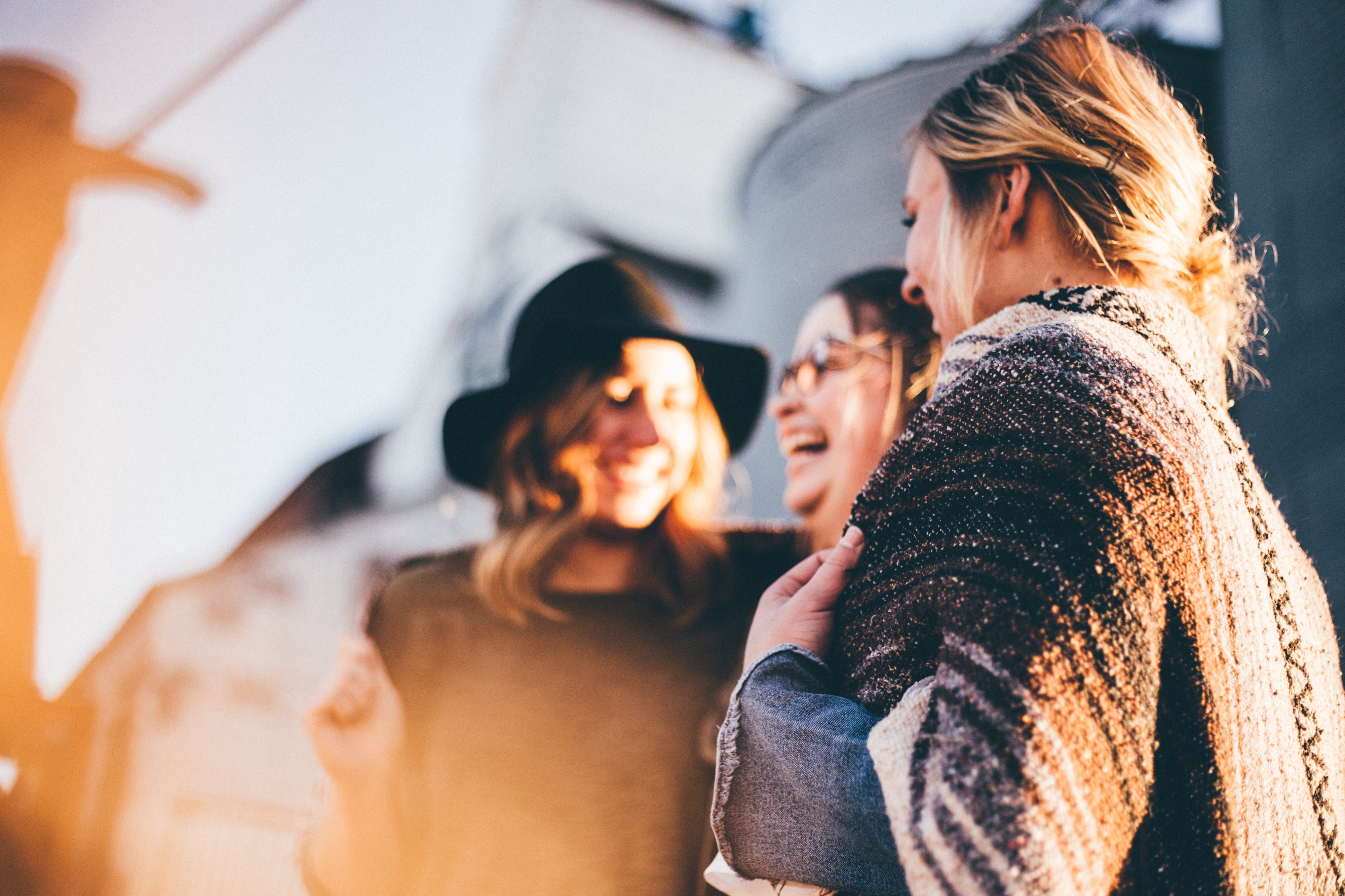 Maybe you’re a parent who’s just found out their kid is transgender. Or maybe, you’re an ally who’s decided to put in the blood, sweat, and tears of overhauling the binary system in your mind for the trans community (thanks!).

There’s even a chance you’re an English student confused about how you even ended up on a page about transgender rights!

Whatever the case, here is a quick guide on pronouns: what they are, how to use them, and what they mean for other people.

In a linguistics sense, they’re words that replace a noun phrase.

For example, if someone said:

“Where did the girl in the red hat go?”,

“she went that way.”

As you can see, it’s a pretty simple concept in theory. However, there’s more to them than meets the eye.

Pronouns are not just something used to accommodate a binary. It happens less now, but in the past, English was taught to only have three singular third-person pronouns: he, she, and it.

The assumption was that everyone was a boy or a girl, and “it” was something only reserved for subhuman objects/animals.

This is one reason why many people referred to trans people as “it” to be derisive since they saw us as monsters for not fitting into a nice neat binary (even if the person in question was a binary trans person… gotta love transphobia).

Nowadays, though, there are people who do prefer to use the pronoun “it,” but we’ll get into that later.

Pronouns are also not necessarily a fixed group of words. Another assumption, even from linguists, about pronouns is that there’s a limited number of them.

In fact, people make new pronouns for themselves all the time, called “neo-pronouns” (literally, “new pronouns”- cute, huh?). Some include Xie, ze, fae, etc. Again, we’ll get into that later.

“But a singular ‘they’? These new pronouns are not grammatical!”

Let’s assume this was correct. If someone wanted to be referred to as ‘they’, so they don’t feel dehumanized, would you refuse? For you, it’s a matter of switching one syllable, but it can make a world of difference for someone else.

However, let’s discuss why the assertion that ‘they’re not grammatical’ is incorrect.

The singular ‘they’ has been used since Shakespearean times.). For many officers of the grammar police force, Shakespeare is hailed as one of the fathers of the Modern English language. Even if he didn’t use it though, people don’t seem to understand the difference between the two types of grammar: prescriptive and descriptive.

Prescriptive grammar is all those little rules that English teachers would say make you ‘sound proper’.

For example, it’s wrong to say “ain’t,” to split infinitives, and to not use the subjunctive tense when necessary (even some of them don’t know or use that!).

These rules don’t reflect descriptive grammar, though, which is the actual usage of language.

In other terms, descriptive grammar is the syntax that renders language comprehensible (it’s been a while since I’ve been in a linguistics class, so forgive me if this is a bit off).

When people say “ain’t” or split infinitives, they can be clearly understood, despite not sounding “proper” (mostly because of cis-heteronormative/racist standards for language, but that’s a whole other conversation…)

I guarantee that all the people who claim to believe that the u_sing singular they_ is ridiculous and ungrammatical, have used it in their daily lives.

For example, when I was literally arguing with a relative about why the singular they should be used for me and others who ask to be called that, she said, “it’s hard because the teachers would make fun of us in school for bad grammar if we said them instead of “he” or “she” when speaking.”

In the same conversation, though, she literally used the singular they. In fact, regarding the possible contextual confusion of the singular they, she said, “what would I say to someone if they wanted to know whether I was talking about a group or not?”

Do you see the irony? If you’re someone struggling to get used to they pronouns because of the grammatical aspect, just know that you probably already use it multiple times a day. It’s just understandably harder when applying it to a known person, instead of using it as a placeholder for someone you don’t know.

So how do I use these new neutral pronouns? What about binary pronouns?

Just as you would use “he” or “she,” you would refer to someone as “they.” This doesn’t mean that you can’t call them “you” when speaking to them! For example, when talking to a cis man, you wouldn’t say “How is he?” if you wanted to ask about his well-being.

You would say “How are you?” as you would for a nonbinary person as well.

If you’re unsure how to use neo-pronouns, we’re in the same boat!

Some resemble the sounds of the “established” pronouns, but there are so many that it’s hard to keep track. The best thing to do is to ask someone “how do these pronouns work?” if you’re unsure.

A great tool to try out pronouns but also see how neo-pronouns are “conjugated” is the Pronoun Dressing Room. I would highly recommend it for both purposes!

I’m telling a story about a trans person before their transition. Should I use their old pronouns?

They might not have expressed it or even known that they were a different gender, but they were and always have been. If your child or friend who you thought was a boy says “hey, I’m a woman,” this doesn’t mean that from that point forward they are a woman, but before that, they were a boy.

It may have seemed that way to you since they introduced the fact to you now, but just because you just found out about it doesn’t mean that they haven’t had that lived experience for their whole life. Therefore, always use the pronouns you’re asked.

Can I use these pronouns with everyone?

This depends. If someone asks you to use a different set of pronouns, don’t just say “okay.” I mean, definitely say yes, but don’t stop there. Due to bad family or work situations, some people can only use their correct pronouns in certain contexts.

It’s important to establish what situations certain pronouns can be used in. For example, I used to only use mine with friends for a while, but when they came to my parents’ house, I would ask them to use my “original” pronouns because I wasn’t out to my parents at that time.

Even though using the right pronouns can come from a place of good intentions, it can also out someone very dangerously. Just check with the person before switching pronouns in all contexts!

So what if I call someone the wrong pronouns? They’re just words.

…to you maybe? Actually, that’s not even true — have you heard of “sticks and stones?” I’m sure you have, and you know it’s BS.

People have heard insults and words which have scarred them, whether they were gender-related or not. It might just be a pronoun to you, but that’s because you haven’t felt the revolt and clammy chill that hits you as someone misgenders you. A little empathy goes a long way, and you just happen to be lucky enough that gender is not an issue for you.

They’re not just words, either. Pronouns give people an impression of gender, which is omnipresent and omnipotent. Affirming someone’s gender when the rest of the world doesn’t is one of the best ways to show a trans person that you care (also, basic respect, but it’s more than that, too).

It can be confusing or difficult to change, but it’s the effort that makes the difference. Nobody is expecting anyone to immediately flip a switch and only use the right pronouns 100% of the time. Allies might slip up, and trans people recognize that.

However, what makes using the wrong pronouns disrespectful is the unwillingness to try to use the new ones because it’s, “hard for you” or because “you don’t believe in it.” It’s such an easy change to use new pronouns, so why would you not want to be the sunshine for someone in a world that keeps turning off the light?