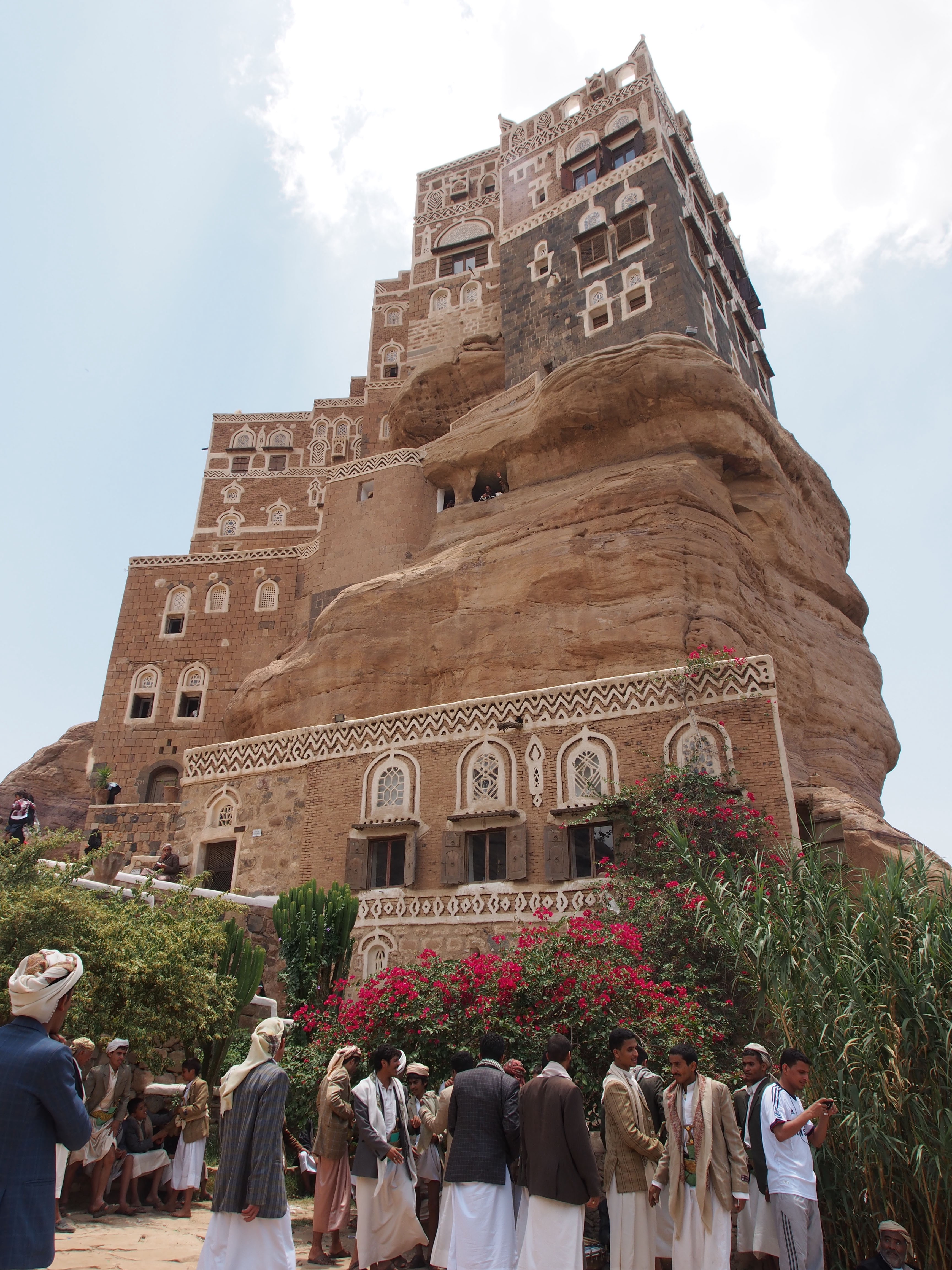 It is hard for me to write this, as the following story is very personal. What started as a simple assignment on acknowledging that something is wrong and needs to be spoken about, quickly became so much more. It infuriated me. Saddened me. I have made it my mission to make this story heard.

What is your first thought when you hear the word ‘Yemen’?

If it’s “15 Yemen Road, Yemen”, I’ll let you go with a warning, because at least the series Friends acknowledged the existence of this country — a country which otherwise has become forgotten despite facing one of the biggest humanitarian crises of all time.

I sat down in a virtual conversation with Sudanese-born but Yemeni-raised, Sameh. The setting was everything but formal — we started with the traditional “how are you doing, how’s work?”, and moved onto “omg have you watched this new show?”, and “yes, grandma and grandpa are coming over next week”. This conversation happened to be with my uncle. In 2013, my aunt Milena travelled to Yemen for the first time, and the rest is history, as they say. Or as I say, it could be a 1000 page novel or a Hollywood blockbuster.

“For me, if there was an option to go [back], I’d take it. It’s home,” my uncle said. In 2018, he went on a quest for love, battled embassies, slew borders, and was almost burnt by the fire-spitting people who kept telling him ‘no’. Battling a dragon would have been easier.

My aunt went to Yemen once. She went a second time, claiming it was to visit the friend(s) she made there — *cough* *cough* please drop the ‘s’, ladies and gentlemen.

Questions were asked, a ring was mailed by DHL (that later had to be cleared by customs), documents were signed and a promise was made. In 2018, Sameh reached Lisbon to see his wife, Milena, for the first time after having not seen the woman he loved for more than 3 years.

I had talked to him a few times through FaceTime before I met him. The first thing he told me when we hugged was, ‘you’re not a screen anymore!’.

My heart sank and a tear almost dropped.

Three years later, here we are again shape-shifting back into screens and having this conversation.

Sameh says it’s a very intense feeling that intrinsically connects him to Sana’a, the capital of Yemen, something he can’t explain... He smiles and tells me that, back home, he was known to love his city. “[Sana’a] is a lady and should be treated with class”.

The situation has been better for the past two or three years, he says, “but war is war, it’s hard, it’s got to be”. Europeans don’t know the basic concept of war. It’s not missiles and people constantly dying in front of you”, that’s what the American fantasy market sells us. “Of course it happens, I’ve seen it._ War is when you long for yogurt or cold water and you can’t find it. When you want to watch a Real Madrid game and you don’t have electricity. Or not being able to take a shower_”.

Sameh recalls and describes to me the specific technique of showering with a single water bottle when he could find one. He makes it sound like a child’s game, constantly smiling, almost assuring me it was okay.

“We would sleep in the car for three days to get gas. No, it’s not worth it but you had to do it because you can’t just leave [the cars] there.” The cars ran on their last gallon to get to the gas station queue and then he explains he would pair up with six or seven of his friends so they could take shifts, pushing each car as the queue moved inch by inch. “29 million people live like this every day. Missiles and fire are the least of their concerns”.

People at the souk, picture taken by Milena.

Here is the thing about war, “since we are experts in it”, he says, “it creates a generation of chaos”. Something he has experienced first hand in his current job in Lisbon. Sameh works with online video. A lot of the uploads come from Syria, where war broke in 2011. “Syrian kids especially, are beyond messed up. They post some horrible stuff”. Sameh explains Syrians were known to be the nicest people, the best teachers and so Yemeni mothers wanted their kids to be like Syrian children.

“Of course I’m generalizing, it’s 1% fact and 99% stereotype, but now this is starting to happen in Yemen as well, [kids become messed up] when people start hating each other”.

Every five years or so there’s something.

“One year it’s okay, but 5 years and we are on the road to being like Syria”.

The first time he saw the black ISIS flag was when he travelled to the coast to embark on his transatlantic love quest. “It was real. They are there. [My] country is fading away. Unless a miracle happens this is not getting better”.

After a pause, I asked him what he misses the most, to which he smiled endearingly, “my mom”. “Arabs in general and Yemenis, in particular, hate their country every day until they leave. It’s part of you, a love/ hate relationship”.

“Personally, this is the happiest moment of my life, I’m more complete. Not because I live in peace, but because I have Milena”. He tells me he is happy because he knows the reason behind it. He looks me in the eyes and tells me that you are only happy when you know why you are happy.

“The plan was never to live here [Lisbon]” but circumstances changed their plans and now Lisbon is one of the most beautiful cities in the world, he says while stumbling on his Portuguese.

Speaking of Portuguese, at this point my aunt Milena joined our conversation. I asked her what made her go to Yemen in the first place.

She smiled, “the architecture and heritage” are what she said. She’s an architect after all. “Sana’a is part of the UNESCO world heritage. It’s the most beautiful city I have seen in my life”.

This was the view from Millena’s bedroom, a picture taken by her.

‍Yemen’s capital is one of the oldest continuously inhabited cities in the world, dating back 4000 years ago. Buildings made out of mud, seven to eight floors high, still stand today since four centuries ago. The city is said to have been founded by Shem, son of Noah. Other important figures like Queen Sheba in the Hebrew Bible and the Three Wise man of the New Testament are traditionally linked to Yemen. Although the first time we showed the nativity scene to my uncle, on Christmas, he asked who the “three dudes with presents” were, and “why is only one of them black?” — that’s a very good question…

If this is one of the first times you are reading about Yemen, chances are you are still familiar with one of its most famous ports and say it regularly on your Starbucks order. The port of Mocha was famous for being the world trading point for coffee, as Yemen was one of the first and biggest world coffee producers. At one point during the ancient civilizations, Yemen was doing so well, the Romans called it ‘Arabia Felix’ meaning flourishing or happy Arabia. Why has no one ever heard about this? If you’d like to know a bit more about Sana’a watch this video from UNESCO.

“What made you go back a second time?”, I continued the interview.

“It was actually a book by Nadia Al-Kokabany, a novel about Sana’a and its architecture”, said Milena. “I wanted to go back to Sana’a and visit other cities around like Shibam, called Manhattan of the Desert for its impressive high buildings all made out of the mud! I was not allowed, unfortunately, they said it was too dangerous, I almost cried.”

“I have written to [Nadia Al-Kokabany] to thank her for giving me the chance to meet my wife, but she never answered”, noted Sameh.

“She wrote back to me, I asked if she had any more content in English and she sent me two stories”. They looked at each other quizzically.

Yemen is a big part of world history and it is central to Islamic and Arabic culture. It is said that the first Arabs who crossed the borders to Europe were from Yemen. Heritage is something we should all fight to preserve. To preserve it, we should first learn about it. It’s sad that the ‘world history’ we learn in school in Europe leaves so much out, hardly mentioning Asia and Africa. Gertrude Bell, a writer and archeologist, one of the first women to go to Oxford, said that after discovering the Middle East, Greece and Rome were nothing in terms of richness of civilizations and anthropological depth. We can learn a lot from these archeological treasures if we can manage to save them from imploding before our eyes.

All of this information drives a sense of rage within me. It makes me feel powerless and hopeless. Why is the world so unfair?

One thing we can all do is “acknowledge it exists. Sometimes I am asked where am I from, and when I answer ‘Yemen’ the other person says ‘Yemen…?’” with a dumbfounded look on their face, not even knowing it’s a country. To solve a problem, we must first acknowledge its existence.

“It’s that [Yemen] is associated with Al-Qaeda, unfortunately, that is what reaches us”, says Milena who claims, there is barely any news about the Middle East in the media, only when it affects some Western country does it become newsworthy.

When in 2015 Paris suffered big terrorist attacks “the world went ballistic on how Muslims were terrorists. We [Muslims] suffer from terrorist attacks too, we are not the attackers. They are not us. Tell people about how in the middle east we have had the worst experience with terrorism. News doesn’t reach the west, no one cares, no one talks about it”. The attacks have become so commonplace, they are hardly headlines anywhere in the world.

“We have tried creating an association to open a bakery [in Yemen] to help feed the population but it’s very difficult to send money there”, my aunt recalls., “Almost no European bank allows transfers to Yemen because they are afraid you are financing terrorist groups”.

This is the sad reality, as is the prohibition of some countries to Yemeni visitors. My uncle is not allowed to visit me in the UK.

We are filled with ignorance.

One of the best things we can do is research and spread the word out, learn how to learn, and listen to what others have to say, other voices, other points of view and other values. You may not agree or you may not relate but you cannot deny existence, ignoring is not an option. Sometimes it’s hard to get down from our pedestal to acknowledge something deeply engraved within us may need to be broken down into pieces only to be glued back together in a different way. If you are unaware of what is happening in Yemen, you can start here by watching this video.

“I just want it to stop. Sure, donate to associations, but it’s not money they need, they need it to stop”.

“If you had almighty power and only one wish what would it be?”, I asked.

Sameh wondered, “take it back to 2009, before the Arab spring, Yemen was on the brink of being something. It was a first step in the right direction”.

“Just make them go back home”, Milena said, this is a war between two countries using Yemen as their playfield.

“We have lost too much to stop, there’s no way out”